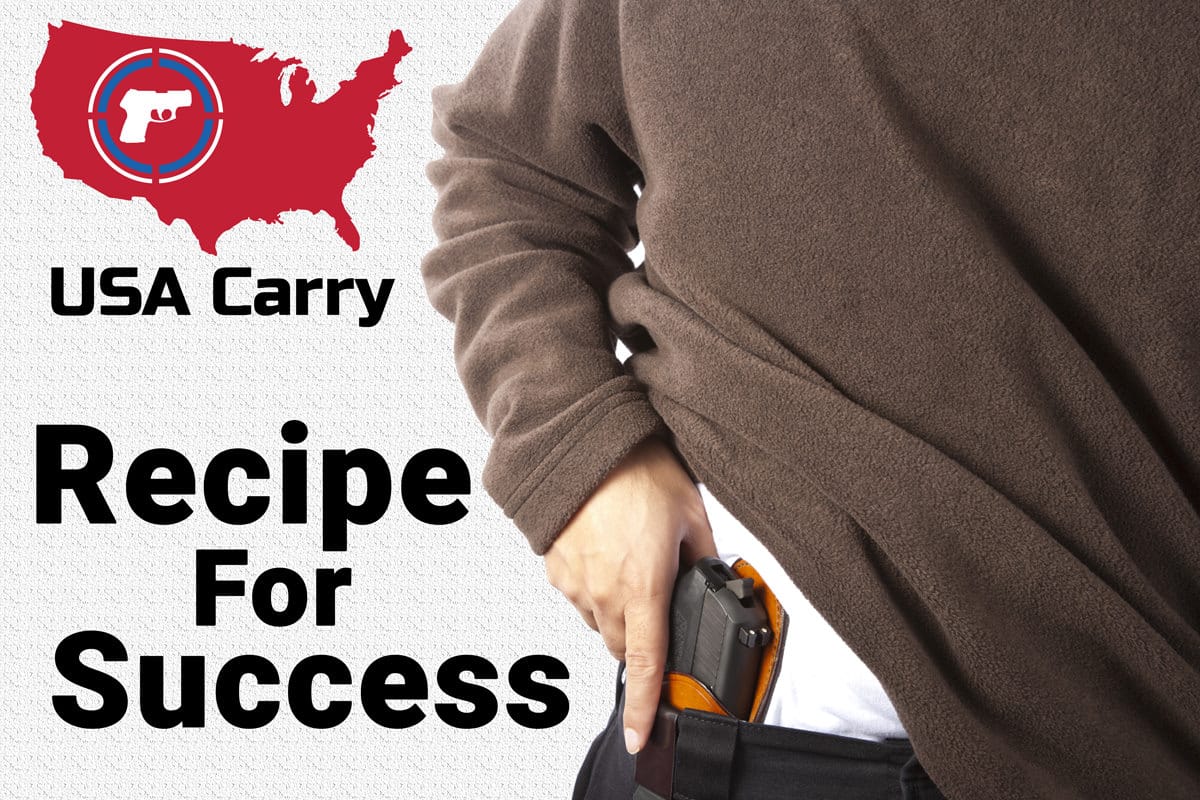 The right mindset is an elusive ingredient.  What does it even mean?  It means having your head screwed on straight.  You don’t want to pick a too spicy mindset that’s prone to explosive outbursts or violent behavior.  And you certainly don’t want a mindset that is too bland and non-reactive.  The perfect mindset is one that is mellow and firm.  When selecting the right mindset for concealed carry out of a bin of mindsets, pick the one that you think would be fun to have at a party but still responsible enough to know when there’s an active threat.  Blemishes and flaws aside, the right mindset just needs to be ready when you are and not a moment too soon or too late.

Handguns come in all different shapes and sizes.  Some are very pretty and ornate and others are rather dull and drab.  The appearance of the handgun is unimportant — it’s the flavor that counts.  When budgeting for concealed carry, select a gun that you’ve tried before and works well in your recipe.  If that means going cheap, go cheap.  Just know what works well for the budget you have in mind.  A $200 Taurus revolver or an $800 H&K VP-9 are only as good as the hand that holds them.  Avoid overpriced or gimmicky handguns if you’re on a budget.  Stick to what works best and focus on the optional – but highly recommended – Right Training.

Choose The Right Gear For The Job

Preparing a good concealed carrier includes knowing what gear to throw in the mix.  Things like a sturdy handgun belt made to keep an IWB holster aligned, a good concealed carry holster that’s both comfortable, accessible, and safe… They’re all the best qualities to look for in choosing the right gear.  You don’t have to spend an arm and a leg getting them, either.  There’s plenty of affordable but effective solutions for the following:

There is a lot of law out there.  Unfortunately, it’s not as pick-and-choose as The Right Gun or The Right Mentality.  Knowing the landscape of the law in your area is important.  It’s mental seasoning for the concealed carry and it helps inform the flavor of the concealed carrier’s actions.  The best chefs and carriers alike know — ignorance of the law is never an excuse.

A Pinch Of Common Sense Goes A Long Way

Common sense.  Everyone claims to have it but the proof is in the pudding.  Common sense is a hard thing to describe and it’s flavor can often be confused with many other things like pride, ignorance, or fool-hardiness.  Common sense, though, is always a requirement.  Treating every weapon as if it is loaded, never pointing a firearm at anything one does not intend to shoot, etc.  A few basic questions to determine if Common Sense is in the mixture:

Handgun training is more than just stopping by the pistol range once every so often.  It’s a commitment to continually learning new things and refine old techniques.  You don’t have to go to a gun class to become a better concealed carrier, but it can help introduce ideas that you may have overlooked.  We include this as an optional added ingredient because some states don’t require concealed carry handgun training — but it’s still a good idea to pursue it on your own.  The added benefit is found in the end result.  You will feel more confident using your concealed carry handgun in the tricky situations life throws your way.