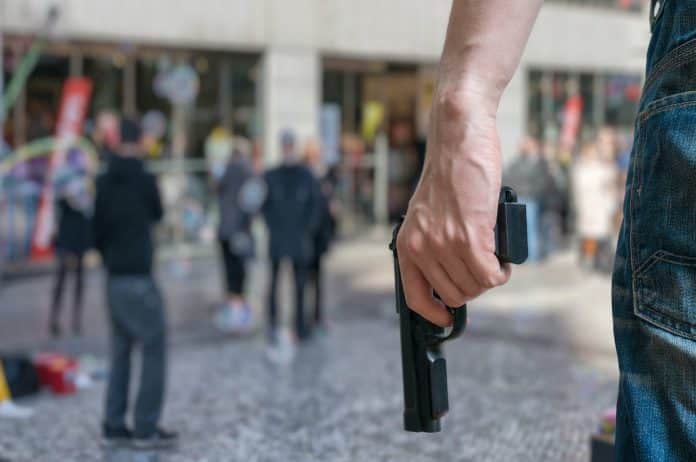 It should be self-evident to anyone paying attention that our nation is again in the midst of chaos. The same factions that wish to fundamentally change the fabric of this nation are hijacking legitimate grievances to run wild and burn civilization itself, sometimes literally. Now, more than ever, being armed and prepared to defend yourself is in order. The silver lining amidst all of this is that many Americans have woken up and armed themselves for the first time. However, the powers that be in the mainstream media and in control of most urban centers do not favor civilian self-defense. Many instances of legitimate self-defense recently have been painted as an extremist activity. The same media that covers for looting and burning will certainly paint anyone who defends themselves from violent mobs as a vigilante. Be warned and proceed with caution. Avoidance remains the best policy.

I will stress this point from the beginning: avoiding demonstrations and protests is the best policy for the individual invested in personal protection. Getting caught up in a crowd that turns violent sets you up for a host of potentially detrimental ramifications ranging from physical harm to criminal charges. Whether defending one’s self with a firearm or vehicle, a politically “woke” police force and prosecutor will go after the self-defender. Don’t be there if you can avoid it.

However, as we know, there is the possibility of getting unexpectedly caught in the midst of such an event. If, in such an unfortunate scenario, you need to consider not only your physical self-defense but the legal self-defense that may follow. The chaos of a crowd will not change the dynamics of the acceptable use of force. In order to use any level of force, a reasonable justification must be present. One circumstance that seems to happen rather often during protest and riot activity is the act of displaying a firearm, whether in legitimate self-defense or in an effort to intimidate. There is a great legal difference between the two. In the chaos of a violent crowd, fear and tension run high, and the decision to draw a gun can be fraught with peril. Consider the following:

Even displaying a firearm demands a reasonable fear of imminent bodily harm or death. A lot of well-intentioned people do not realize that “brandishing” a firearm can lead to a felony conviction of aggravated assault, a crime that can result in a decade in prison. A gun should only come out from concealment if there is a legitimate threat. It can’t be used as a magic talisman to ward off evil through intimidation. While the sight of the gun alone is often enough to end an assault, the justification for drawing it must be something that you can articulate, or there will be severe legal ramifications.

Likewise, even inappropriate use of less-lethal force, such as pepper spray, can lead to legal consequences if not used correctly. Some people seem to think that they can pepper spray anyone who yells at them or insults them; such an action can lead to an assault charge very quickly.

OC spray is an excellent tool to carry along with your firearm for dealing with threats that may be physical, but not deadly, in nature. There is often much grey area involved in judging the threat level of a situation. Still, if an assault can be halted through less lethal means, without putting the self-defender at risk in doing so, then a solution through OC spray is preferable to a solution with a gun.

However, the fact that OC spray is deemed “less lethal” does not mean it can be used without consequence. OC spray is a valuable tool to carry, especially as it relates to the threat of dealing with angry mobs, but knowing when it is appropriate to use the tool is a legal imperative.


Defensive Display of a Firearm

The majority of defensive gun uses every year, of which there are hundreds of thousands, are resolved without a shot being fired. The display of the gun is often all that is needed to end hostilities. For this reason, it is easy to forget how weighty a decision it is to display a firearm in self-defense. So, how can we judge a situation to determine if it warrants the defensive display of a firearm?

The defensive display of the gun should be approached the same way in which the defensive use of the firearm is approached. The only justification for displaying the gun is in the case of dealing with an imminent and lethal threat. A gun should never come out unless there is a clear threat present that justifies the use of deadly force.

Thus, the gun should only come out when there is the likely need to shoot. If the sight of the gun ends hostilities and causes the threat to break off the assault, or the threat of assault, all the better. The decision to draw the gun, however, must be based on the need to deal with a threat, not the desire to intimidate.

Such decision making in the midst of a crowd that turns violent becomes more complicated because the numbers of the crowd can, in itself, prove a threat. A single, unarmed, yet aggressive, individual in a circumstance not related to mob activity likely will not warrant lethal force in most scenarios. Twenty aggressive people, acting in a unified rage, obviously pose a much greater threat. Even so, if a defensive display is made, it is only justified if it is in response to a legitimate threat.

Act on the presumption that everything is on video because, in the 21st Century, it usually is. If you act in legitimate self-defense, this is usually a good thing because it will be evidence supporting your self-defense claim. Consider how your actions will look in the eyes of law enforcement, a prosecutor, maybe a jury, and certainly in the court of public opinion. Pulling a gun to intimidate people is simply not acceptable. Drawing a gun to defend yourself against a legitimate threat remains your right.