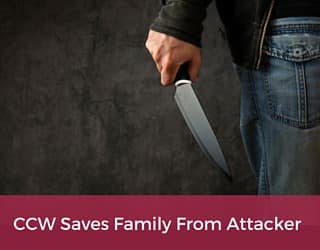 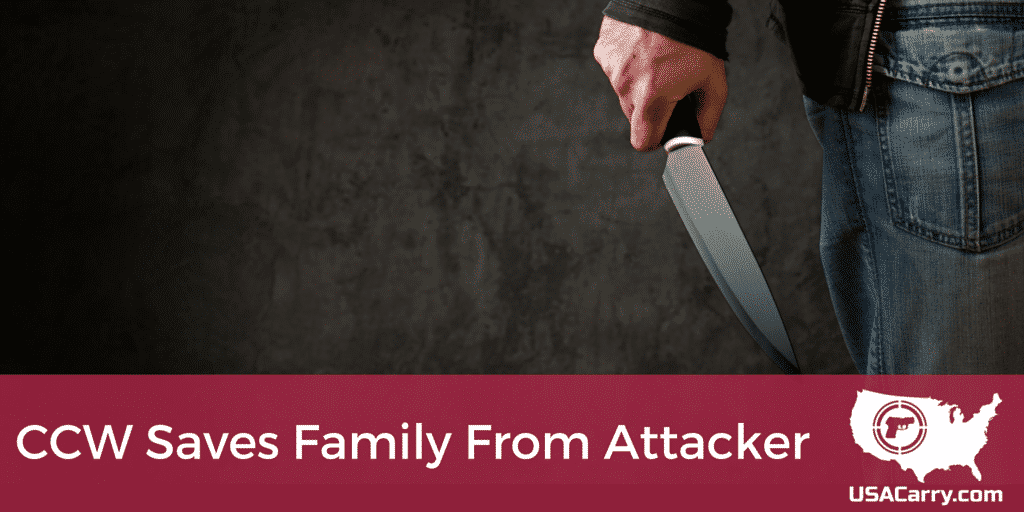 These words must have been chilling to the Claxton family of Springfield, Missouri on the evening of January 3rd.  Katie Claxton, her husband Matt, and their four children were at a gas station when they were approached by a man armed with a large knife. Noting his erratic behavior, Katie Claxton—in the car with the children—moved to lock the door. However, the man attempted to enter via an open car window.  Fearing for her family, Claxton called out to her husband.

Matt Claxton responded by drawing his Beretta handgun and pointing it at the would-be attacker, who uttered the above line and then quickly withdrew.

Katie Claxton credits the swift and safe resolution of the incident to their right to keep and bear arms:

“Our Second Amendment right to carry is what saved our lives. If we didn’t have our right to carry, I feel like we wouldn’t be here today. . . . You don’t go out looking for trouble. But if trouble comes knocking, you’re there to answer.”

Missouri is a “shall issue” state for concealed carry permits.

Police have apprehended a suspect in connection with the incident, a 42 year old man dealing with paranoia who believed that vehicles in the parking lot had been sent to spy on him.

While none of the Claxtons were harmed physically during the incident, the family reports that the young children are all having difficulty understanding what happened.

The naysayers complain that this kind of situation never happens.

Needless to say, the naysayers are clueless, ignorant, stupid, and downright wrong.

That’s because none of these clueless beings has never actually seen it happen. It’s always someone else surely doing something stupid to ask for it. While that is often true it’s far from absolutely true.

It’s also because the mainstream media rarely ever publishes stories of people using a firearm to defend themselves and even when they do, it’s usually buried on page 27 next to an underwear or tampon ad.

He should have killed the man who was holding the knife. One less psycho roaming the car lots looking to harm others…..

That may be true, but, he stopped the threat, and did not have to expose his children to the further trauma of watching someone get shot and or killed. I salute him for his assessing the situation and acting on it. Even if a lot of people feel the same way you (killerasteroid) do.

I have a CC permit. I carry daily. I know what is and what isn’t a threat. It is my right to protect myself my family and property, and if someone in my presents faces a life threating act. If the time ever comes where I need to draw my weapon it will be to stop the threat, not to wound it.

So now do they lock the nut job up or do what i think they will. Sit on him for a couple weeks hand him some pills and a prescription and tell him take these. Then send him merrily on his way. That’s until he has a bad hair day, doesn’t sleep right or feels otherwise shitty. Then it’s “oh those damned pills that’s what is doing it”, and the whole thing starts over again. Thenof course there is the other 800 lb gorilla in the room, those other drugs hes been on. I have seen more crazy people on the jobs by far flying on coke, meth, heroin, meth and god knows what mixture than I ever saw just being mentally ill.

Mental illness requires time and subject participation, a lot of it. So how do you expect to “fix” these sort of people on an out patient basis when they get returned to the public with a prescription.