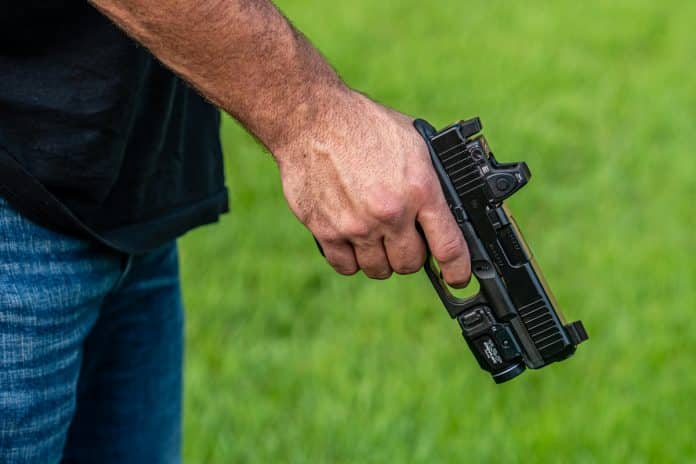 I’ll start this one off by saying this….again.

I’ve said it before and will continue saying it every time I see stories like this.

A North Dakota man was arriving to work this past Friday in what he thought would be another routine day. Today he would happen upon two men trying to steal dirt bikes.

“It sounded to me like he confronted them from somewhat of a distance, and then he felt like they were closing the distance on him. The employee told police the men appeared to have a knife or club in their hands, so the employee pulled out a gun and fired six shots into the ground. He thought, maybe, that they were armed, and he was concerned that he was going to be assaulted, so he took the actions that he did,” Grand Forks Police Lt. Brett said. – via Grand Forks Herald.

Whether or not this man will be charged for firing his weapon remains to be seen as the incident is still under investigation.

While I commend the man for getting his North Dakota Concealed Weapons License, where he went wrong was when he fired the warning shots. While the rest of the details in this story are a bit scarce, we can assume that the warning shots did their trick and ran the robbery suspects off.

And if you are still wondering what is wrong with firing warning shots, I’ll leave these links below for you to read: