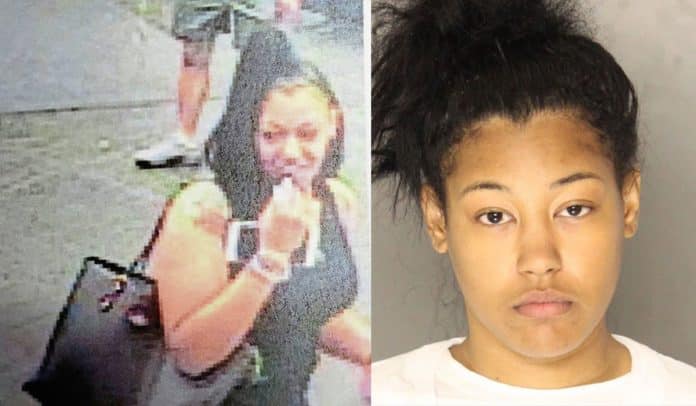 According to WPXI News, a fight in Walmart lead to a concealed carrier pulling her firearm and shooting at the two women attacking her, wounding one of them. But was this a justified shooting?

Around 9:30 PM, two women walked up to 22-year-old Rojanai Alston and started a fight with her. Apparently, there is a video of the confrontation but I was unable to find the footage anywhere. A man Alston was with unsuccessfully tried to break up the fight. Alston, who has a Pennsylvania License to Carry that was issued in 2018, then pulled her gun from her purse.

That’s when the two women attacking Alston ran in separate directions. It is reported that Alston fired at least four shots at the women. Then she walked down an aisle and shot one of the women in the leg and hand.

The confrontation ends with Alston walking back to pick up her purse and leaving the store with the man she was with. The two women that attacked Alston have not been identified. The woman who was shot was in critical condition and underwent surgery for her wounds.

The incident happened on the night of July 5, 2019, and Alson turned herself in to police on the morning of July 6, 2019. She has been charged with criminal attempt to commit homicide and aggravated assault.

While I wish the footage of this incident was available, all we have to go on are the news reports. Police said the entire incident was captured on the Walmart surveillance footage. And as stated above, they’ve charged her with criminal attempt to commit homicide and aggravated assault.

In Pennsylvania, you have no duty to retreat. Specifically, PA Statute 18 Pa.C.S. § 505(b)(2.3) states that any person “has no duty to retreat and has the right to stand his ground and use force, including deadly force if . . . (he) believes it is immediately necessary to do so to protect himself against death, serious bodily injury, kidnapping, or sexual intercourse by force or threat.”

Now, according to all the reports I’ve read, Rojanai Alston was attacked or “jumped” by these two other women. The man Alston was with tried to break up the fight but couldn’t. So, at this point, is Alston justified when she pulled her firearm? Possibly.

We as concealed carriers must know the laws and be able to control our emotions. It is crucial to know when you are no longer justified to use deadly force in a situation like this. If not, you might find yourself facing criminal charges like the woman in this story.