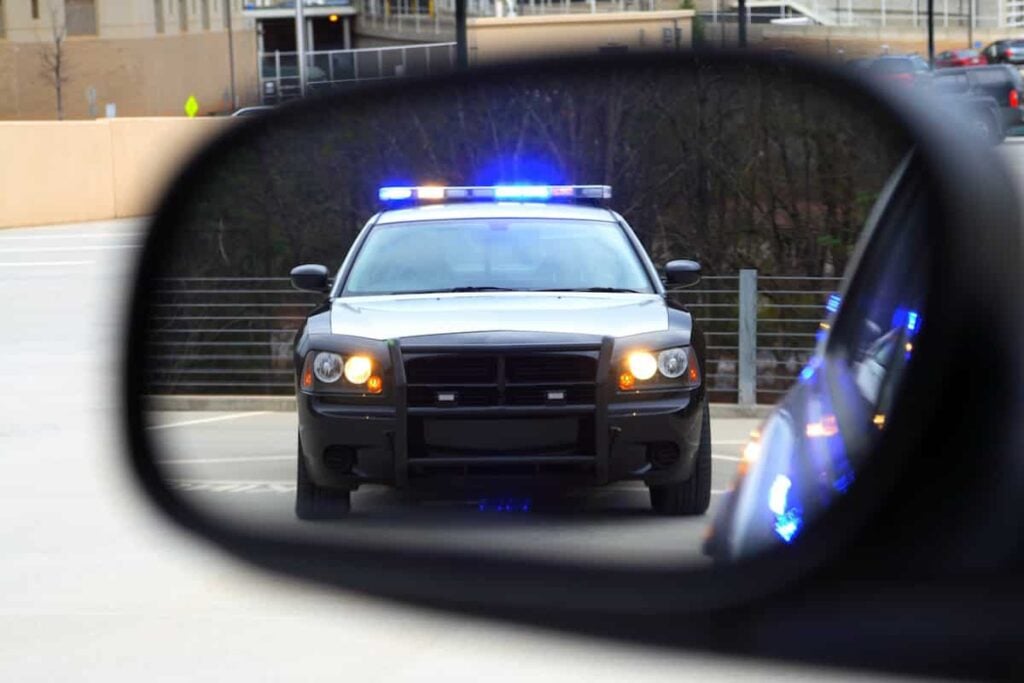 You look up in the rearview mirror and you see those dreaded blue lights flashing behind you. It can be a nerve-wracking experience. For many concealed carriers, doubly so because they know they have a gun in the car with them. But trust me, it’s really not that bad. In fact, the more stressed out you act in front of a police officer, the more on-guard he will likely be. He’s reading your body language the moment he makes eye contact with you. The reason for that is simple: his life depends on judging whether or not someone means to do him harm.

It’s super simple. He’s going to come up to your window and ask for license and registration. Before you move a muscle, tell him you are a licensed concealed carrier and you have the gun in the vehicle with you. The police officer is going to instruct you as to how you need to proceed from there. So long as you are licensed to carry, aren’t under the influence of drugs or alcohol, and haven’t committed any major crime, the officer is more than likely just going to take your license and registration to do his routine duties. He may ask for your permit, as well.

Just Because You’re Polite And Direct, Don’t Expect To Get Off With A Warning

Online, you’ll read a bunch of different anecdotes people say on social media outlets about how the officer was just super nice and polite and let them off with a warning after they said they were concealed carriers. Don’t expect that. If it happens, great. Nobody wants a speeding ticket or moving violation if they can help it. However, don’t instantaneously expect that your forthright admission of having a concealed carry handgun in the vehicle with you is somehow going to change that police officer’s interpretation of the law.

The easiest way to avoid a ticket is to maintain your situational awareness and follow the law.

Why Do I Inform And Not Just ‘Stay Quiet’?

The reason I say to inform the officer is because you’re giving him the knowledge and the choice as to how to proceed. It’s a ton better than if he sees your gun flop out of the glove box when you reach in to get your registration. More importantly, it’s communicating to him that you value both of your safety. As complete strangers, neither one of you necessarily know if you can trust the other. What you have, as a common ground, is common courtesy.

The police officer is trained to pay close attention to body language, the location of your hands, and how you address him. True, in quite a few states, you don’t have any duty to inform a police officer as to whether or not you have a gun in the car. And I wouldn’t be surprised, if I lived in one of those states, if the officer just said, “cool. Keep it holstered and we’ll be fine.”

It’s about finding common ground and mutual respect. Just because I’m polite to someone doesn’t mean they’ll be nice back. I can’t control another person’s emotions or his mindset but I can control mine. In my defensive mindset, I start out with being polite because it gives me the opportunity to see how that’s returned. If I’m polite to someone — police officer to just random stranger — and that person is rude back, that’s valuable information even if it leads to nothing.

Ultimately, you do what you think is best but there’s absolutely no need to get stressed out about a traffic stop. Just be direct, follow the law, and get on with your day.