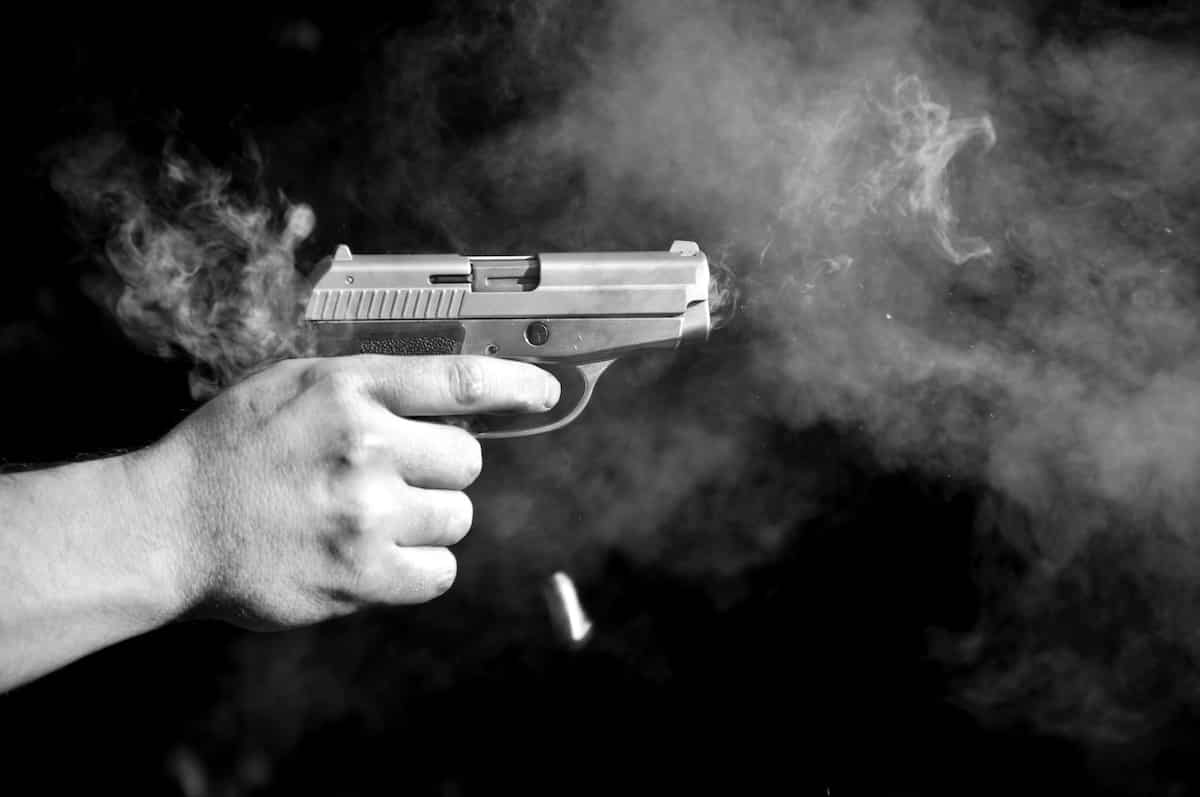 Every concealed carrier knows there’s the potential for that dreaded day to arrive: the day you have to use your gun to defend yourself. While the vast majority of gun owners will never encounter a situation where a gun is warranted, it’s always a possibility. When looking for concealed carry insurance that will cover you in the event of a shooting incident, the devil truly is in the details.

In order to truly understand how and why concealed carry insurance could help you, you have to see the broader picture of what a shooting investigation looks like. We’re going to start with a rough generalization of the act itself and all the steps that follow.

Note: You are under no obligation to remain at the scene until police arrive. You have a direct obligation to get yourself to safety. Remember, your life was placed into direct peril. You acted accordingly to defend yourself. You value your life and you take proactive steps to safeguard it. If you haven’t already, you want to be on the phone with your defense attorney. If you don’t have one, you need to find one. This is the very first place ‘pre-paid legal services’ or ‘concealed carry insurance’ can help you.

They should give you a receipt for the handgun because they will add it to ‘evidence’. After the investigation, assuming you aren’t found guilty of any criminal act, you may recover the handgun from police else they will claim it under ‘civil forfeiture’. Talk to your attorney about recovering your handgun.

This is the point in time you want an attorney present.

If the suspect survived and is able to give a statement, he will. That statement will be admitted as evidence.

Forensics detail bullet casings, map the trajectory of rounds fired, take DNA samples as evidence, catalog materials found at the scene. Detectives and investigators will attempt to get witness testimony, surveillance footage, and any information that can help them reconstruct the situation.

During preliminary analysis, if detectives and police do not have basic evidence or reason to detain you further, they may release you pending the final results of the investigation. If at any point in time an investigator believes he has direct evidence that you committed a crime, you may be detained and charged with that crime. Once charged with a crime, you will have a bail hearing, an appearance to determine a court date for the trial. If you are found guilty, you’ll have another court date to determine sentencing.

This is a rough generalization of the number of appearances you will need to make during a criminal proceeding. In reality, you may appear in court a dozen or more times throughout the proceedings. An individual trial may require you to spend weeks or months coming in and out of the courtroom. During this time, you will not be able to go to work, handle your home’s finances, truly be there for your children, take care of pets or animals properly, and conduct basic, routine activities that you used to do before.

If you hired an attorney independently, your costs for just those first three court appearances is likely to be hundreds of thousands of dollars.

If a defensive gun use case goes to trial, you stand to lose everything. With a good legal team, you can probably save your freedom. Unless you were already rich before, you will likely be bankrupt afterwards. With a concealed carry insurance policy, you may be able to avoid the bankruptcy portion because they’ll have hopefully covered you through the very many expensive steps in this process. 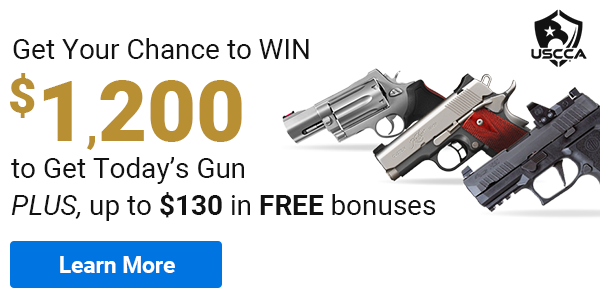 No state, at the moment of this article, requires concealed carriers to keep insurance. But, if you’re at all familiar with how an insurance policy works, the insurance company is betting on the fact you never need to call upon the terms of that policy. Unlike car insurance, where the event of an accident or damages is all but certain over the course of a driver’s lifetime, concealed carry insurance bets that you won’t ever need it. They are placing, essentially, a bet on you, the individual.

If you are already in an event where concealed carry insurance would apply, it’s all but certain it’s too late to apply.

There are a number of companies that offer policies. Each of them has a different stance on their coverage. From deductibles to covering court costs and expenses, take a hard look at what the policy covers and under what conditions they’ll cover you.

Most concealed carry insurance policies come under the banner of ‘Pre-Paid Legal Services’.

With pre-paid legal services, in exchange for a monthly fee, you are given the ability to consult with legal counsel and be represented in court. The following caveats you will want to pay attention to:

If the prosecutor thinks you are criminally liable for any charge, regardless of whether it is related to the defensive shooting itself, you will need a criminal defense fund. This fund goes towards hiring defense attorneys, expert witnesses, and investigators to help build a case to prove your innocence. Almost all CCW policies have some specification for how they intend to deal with criminal cases. Will your CCW insurance policy help you out in the event of a criminal court proceeding?

For many criminal cases involving a shooting or shooting death, legal counsel can require an upfront retainer up to as much as a million dollars. The retainer is determined by how much work the team of attorneys believe they will need to fight the case competently. You can’t haggle with an attorney with a criminal defense proceeding on the line.

Depending on the circumstances of the shooting incident, you may be civilly liable for damage. For instance, say if you shot two rounds — one hit your attacker and the other shattered the windshield of a nearby car. The owner of that car can legally sue you under civil law. Will your CCW insurance cover it?

Some insurance policies specify only firearms. Others cover any weapon. It shouldn’t matter if you neutralize your attacker with an M&P Shield or a lamp. You survived and the weapon in your hand when the police arrived should be covered under that policy. Make sure it is.

If police take you into custody and hold you, you will be able to make a call. Your CCW insurance policy should include a call center number that you can call and get the ball moving on your legal defense.

If you’re paying $100+ dollars a year for insurance coverage, it would be nice to see a friendly face in the event you need to call upon that policy. Some CCW insurance policies include a trained representative and others do not. You can decide whether or not that’s necessary.

In a criminal case, it’s very easy to be found guilty for any number of the charges that the prosecutor brings to the table. Even if you are ‘not guilty’ in relation to the shooting of another person, you may be found guilty on any number of lesser charges related to the case. Some CCW insurance policies won’t cover your costs if you are found guilty. This means that your team of attorneys, the expert witnesses, the special investigators, and every other piece of the machine that got you, potentially, off the hook for a defensive shooting will now be sending their bills directly to you. That can quickly spiral into the hundreds of thousands of dollars or more.

Having a competent attorney show up to represent you is absolutely necessary. But that attorney may need a team to pour through the evidence to ensure the prosecution can’t hamstring you on a few details. That means that attorney is going to need an investigative team and expert witnesses. Expert witnesses are often accredited individuals with a background in law enforcement, ballistics, trauma, or other specialties. They can explain to the jurors what conditions may have lead to the shooting or other background information that can help educate a jury on your case. Investigators almost always have a background in law and law enforcement. Some may be forensic specialists that can analyze evidence to either discredit it or otherwise give an alternative explanation to its existence. These people represent the little pieces that truly make or break a legal case. You may need all of them. You may need none of them. But if you do need them, you certainly want that coverage in your CCW insurance policy.

These are just some of the factors your insurance policy needs to cover in order to be truly effective. Concealed carry insurance policies can range from a couple hundred dollars a year to a monthly payment on a larger premium.

The dumbest thing to do is assume you will never need proper legal representation in the event of a defensive shooting. It’s a mistake that can easily cost you your freedom, your job, and your home. While maybe you don’t want concealed carry insurance, you certainly want to know the name and number of a defense attorney who can represent you in the event of a catastrophe.

This is about the best article I’ve read here in a while. Thanks Luke! Can you do a follow-up article and recommend a few insurance providers/policies?

The USCCA offers one of the most comprehensive plans. Post event you make 1 call, 24/7 staffed. $130-150 range per year includes the magazine they put out and assorted extras.

Not true. I’ve read the fine print and it appears to cover everything you mentioned except for while you are at work and the job requires you to carry. Regarding the found guilty — no insurance will insure a criminal. It is paid up front, not reimbursed.

As a now retired law enforcement officer and someone who has dealt with the need for this kind of insurance, which everyone who carries a firearm should explore . . . I selected CCW Safe for my coverage. I know many other officers have as well. There are other coverage’s out there and someone just mentioned USCCA, which is also good. There are similarities between most of them and differences between them as well. I would recommend everyone who carries a firearm to explore all the major providers and select SOMETHING!

We tend to focus so much attention and money on the actual firearm equipment, but far too many firearm carriers are totally without insurance coverage and legal coverage in the event you have to actual USE that equipment! Even if you’re totally in the right, a criminal &/or civil claim against you by some creep’s family can easily sponge you dry. PLEASE, all of you reading this fine article by Luke . . . invest in covering your tail, because it may well be the most important “equipment” you ever purchased in the firearm world. God bless and stay safe out there.

I don’t get it. I really don’t. The idea of the insurance company ONLY paying you IF THEIR ATTORNEY FAILS TO WIN FOR YOU seems horribly conflict of interest-bound. Those attorneys have no incentive to win your case!

I immediately joined U.S.C.C.A., I am confident it was the RIGHT action