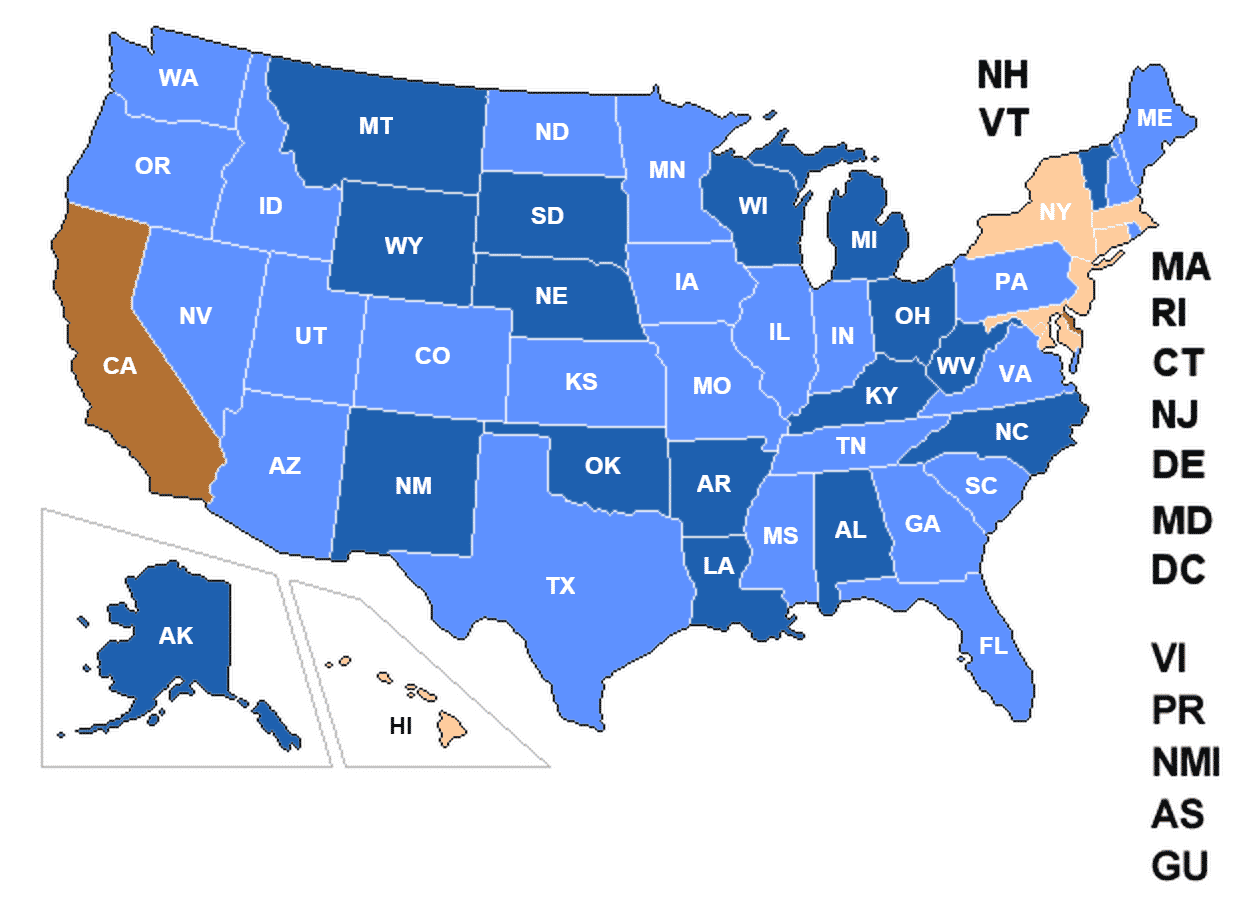 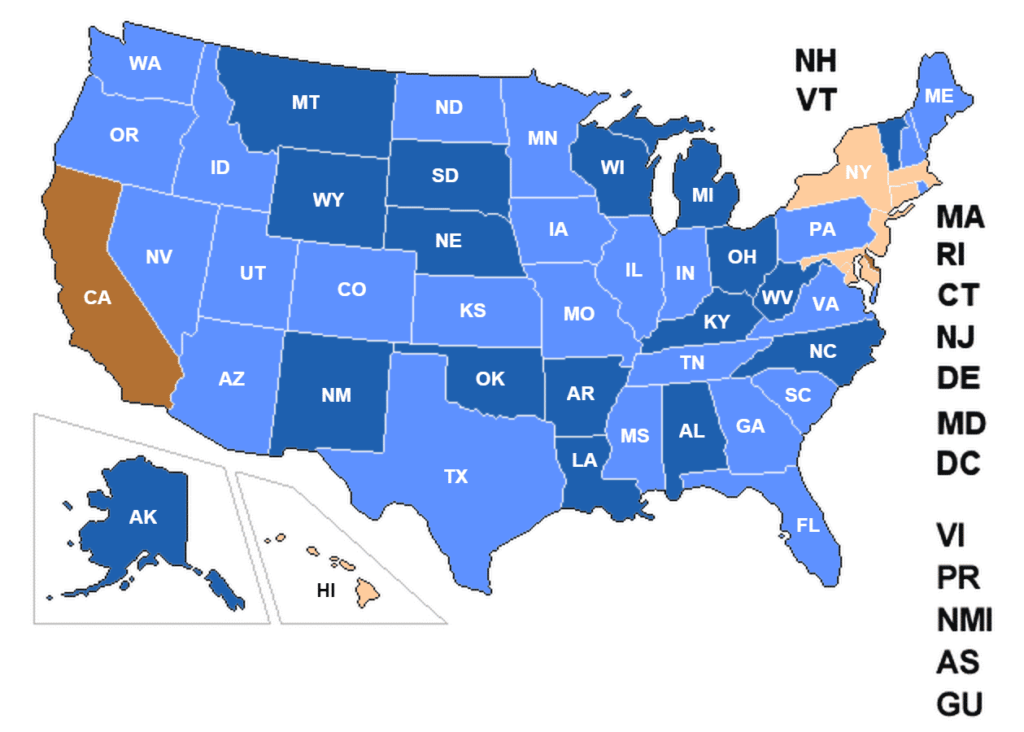 We’ve seen quite a few changes with reciprocity and recognition by states this week. We have updated our Concealed Carry Maps to reflect all of the changes but also wanted to put out an article so that everyone is aware of the changes.

First off, Minnesota recently changed their law to recognized concealed carry permits or licenses with “similar” laws from “substantially similar” laws. After this took affect, the Minnesota Department of Public Safety reviewed all other state’s laws and published a new list of states they accept and don’t accept.

To view more details about why these four states were dropped, visit their website here. For a complete list of which states Minnesota accepts, head over to our Concealed Carry Maps.

Next up: West Virginia and Nevada now have full reciprocity. Attorney General Patrick Morrisey announced this change on August 5, 2015.

To see a complete list of states that Nevdada and West Virginia accepts head over to our Concealed Carry Maps.

Fuck you
Reply to  RecceGuru

Shut the fuck up pussy. Go back to california and butt fuck your hippy friends.

RecceGuru
Reply to  Fuck you

Hahaha! You must be a Canadian from Minnesota. Check it out: I live in Texas. Have never even stepped foot in Commiefornia. Butt-fucking IS cool though. I especially like to corn-hole your mother.

If you read the article, you will notice that Minnesota dropped reciprocity with my home state of Texas and three others. That’s why I say fuck your state.

Would you like to know why they dropped reciprocity with these four states? Because we have better Concealed Carry Laws, laws that apparently aren’t hippy enough for your Canadian attorney general.

Specifically, we will issue CHLs to active duty military members and veterans whether they have reached the age of 21 or not. Is that not the way it should be?

Fix that shit and I will take Minnesota off my shit list. Until then have fun with your inferior gun laws.

Reading about your “proclivities,” you should move to southern Indiana, soon after moving here, they told me that they love to play the corn-hole game. Stood with my back to walls until I found out that here it’s a game played with bags of corn they throw at boards with holes in them. Sort of like a game of horseshoes.

Reading about your “proclivities,” you should move to southern Indiana, soon after moving here, they told me that they love to play the corn-hole game. Stood with my back to walls until I found out that here it’s a game played with bags of corn they throw at boards with holes in them. Sort of like a game of horseshoes.

Thats pathetic. You are pathetic. Not surprising therefore.

Minnesota has a large population of muslims.

A great day will come when we acquire NATIONAL constitutional carry.
Until then some legislatures in some states don’t trust their own citizens.
Our Ohio legislature HAS BRAINS, and I thank them for using their logic.

Ohio DEMOCRATS have brains not any of the Repubs though

None of my dollars will be spent in Minnesota.

who wants anything of yours

This is something really interesting that is worth paying your attention right now,a superb online opportunity to work for those people who want to use their free time so that they can make some extra money using their computers… I have been working on this for last two and half years and I am earning 60-90 dollar/ hour … In the past week I have earned 13,70 dollars for almost 20 hours sitting ….

Specific qualification, degree or skills is not necessary for this, just keyboard typing and a good working and reliable internet connection ….

Any Time limitations or boundations to start work is not required … You may do this work at any time when you willing to do it ….

Probably because of that ass nugget Al Franken

Yeah people of Minnesota are pretty friggin retard – wait for it – ed!

When did Ohio start recognizing almost every other state? I have to occasionally travel though (with Indiana CCW) and thought that I had to disarm at Ohio border. Some sites still have that Ohio doesn’t recognize many other states.

That went into effect June 22, 2015, the bill was signed into law by the governor on March 22, 2015. We are now at 38 states. Minnesota and Texas require that the a CHL from Ohio be issued after the June date to be valid in their state because of our new use of the NICS background check for the CHL. Upward and onward.

@dogshawred – My thanks to you, will be making another trip to Penn’s Woods soon and always feel self-conscious to remove, unload and store my little “toy” before hitting Ohio. Glad that will no longer be necessary.

Moonpup are you going to Penn Woods for the Jeep Jamboree, this is about when they ran that trip or for some other reason, just curious?

No Jeeps for me, last ones I drove were M-38’s and M-151’s; my son Dessert Storm vet) lives just across the border from Youngstown. Don’t get to see him and the family often enough since I’ve been tied up in southern Indiana.

I sure wish Massachusetts would get their heads outta their asses, but, alas, I fear I will go to my grave before I see it.

I sure wish Massachusetts would get their heads outta their asses, but, alas, I fear I will go to my grave before I see it.

So my Utah permit is totally worthless now!? I don’t have Utah protection!? Motherf***k!!!

What is an ‘enhanced permit?” I’m a SC CWP and we’ve never heard that term before.

It’s an upgraded permit to meet the higher standards some States require.

Download the CCA app, it keeps track for you. You just tell it where you have licenses and it tells you where you are accepted………..

You need to edit the post. South Carolina does not have an Enhanced Permit. South Dakota does. Your parenthetical phrase is on the wrong state.

I have a carry permit from MA…have had it for many years. Now that I travel from MA to FL a few times a year, all I want is a permit that would cover me during the drive up and down the East Coast! It’s a shame that all states don’t recognize reciprocity with each other.

I am not sure if this is the right place to post this. I used the CCW Map and may have stumbled across an error. I told the map-app that I had a resident SC permit, then added a non-resident PR permit to see what new states became legal. WI was added but PR was not. Clearly this is in error, because why would a territory issue a permit that was not valid within the territory?