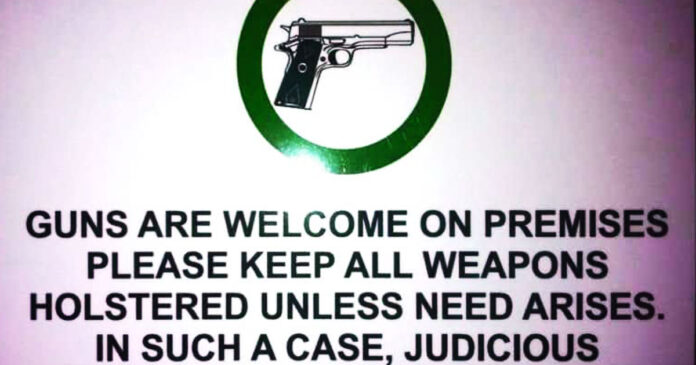 Places that advertise “gun free” and don’t have clear signs of surveillance are at heavy risk.  Most of the mass shootings and active shooters that make the news attack vulnerable or soft targets.

The easiest way to plan for an active shooter is to make your location difficult to hit.  That doesn’t mean you need to sandbag the walls and get a gunner up in the turret of your Humvee.  It just means making it visually clear that if someone decides to commit violence – he or she will be met with fierce resistance.

Having visible cameras, notices of alarm systems, and not making your home or business a “gun free zone” are all great ways to deter a potential active shooter.  While there are no guarantees of a person’s mental state when he undertakes that sort of criminal act, letting him know that his acts will have an equal or greater reaction is a good way to communicate, “this is a bad idea”. 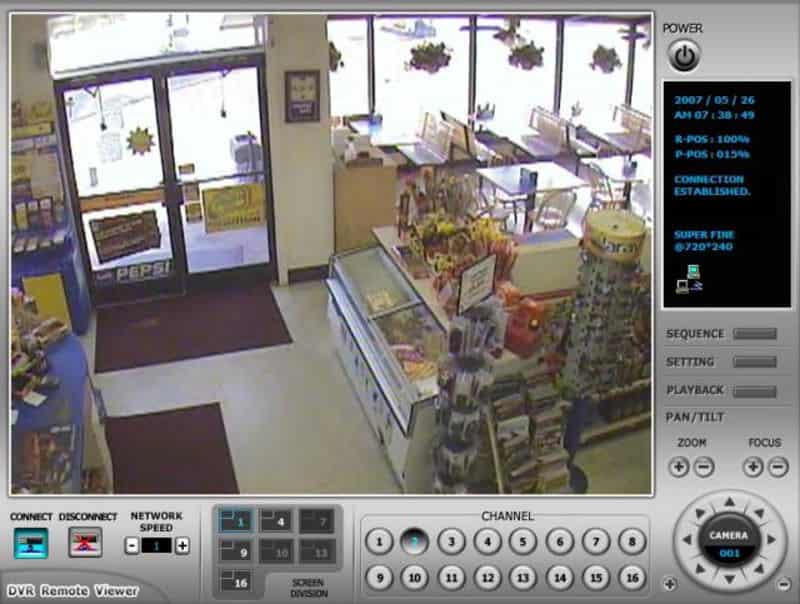 This improves the odds of identifying a culprit in the act.  With multiple cameras that overlap their field of view, there’s a greater chance of recovering information that can be used to identify and track down an active shooter if he escapes.  It can also help exonerate those who defend against that aggression.

“Not A Gun Free Zone” Signage 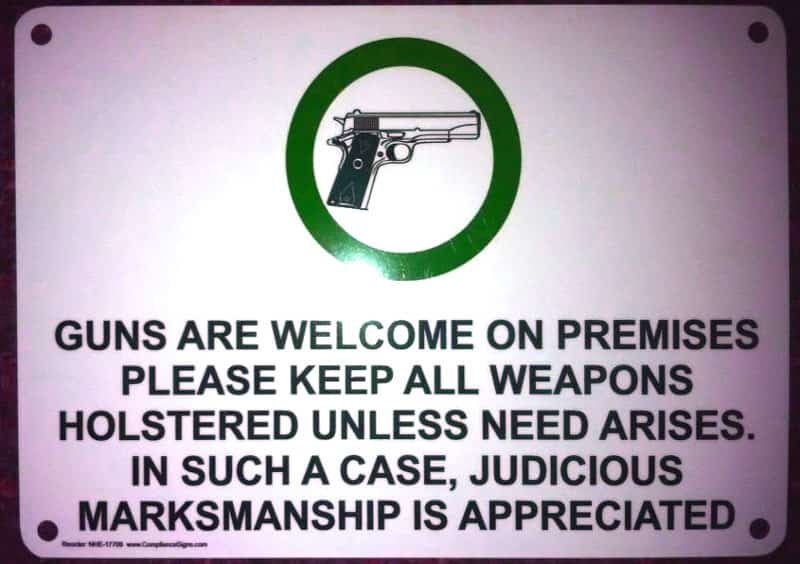 Posting signs to let people know that carrying firearms – concealed or otherwise – is encouraged.  If you’re a bad guy looking to hurt, kill, or maim others, choosing a location where those people will likely be armed is very risky.

Heck, encouraging customers to come in armed is a great way to meet fellow law-abiding concealed carriers.  That’s one this one Texas man did for his 4th of July barbecue event.  It was probably the last place on earth anyone would think about robbing.

Even when a lot of visitors and customers are allowed to openly carry a firearm, many employees have to leave their concealed carry pistol in their vehicle.  The best measure to be ready to respond an active shooter is to have employees who are willing and able to carry.  Often times, employees are left in a position where they are unable to help.  Why not encourage them to respond?

Whereas armed guards are a visible deterrence against criminals, having a staff of employees capable of assisting is invaluable.  Obviously, there are jobs where it’s just physically not possible to safely carry a concealed pistol.  There are also employees whom aren’t legally allowed to carry.  Those factors can be addressed through company policy and educating your employees on safe workplace practices.

Train To Respond – Practice Firing From Cover And Movement

When an active shooter does appear, it’s more important to get yourself and others back from the fighting than to rush forward to engage.  If you’re armed and others aren’t, you’re in a position to be able to defend yourself.  Use that advantage.  When training, practice the following:

In another article, we’ll go more into depth about some strategies you can use to train these particular skills.  Training and practice are essential because they’re precisely what you will fall back upon once a stressful situation appears.  If you’re trained to prioritize your own safety, you will prioritize it when a conflict occurs.

This is great info to know. And when I go into a place that is posted as a Gun Free Zone. I do go in and tell them that I will not be doing business with them. And when they ask me why I tell them that it’s because I don’t feel safe in their place of business because they will not let me defend myself or anyone else that might need it while I’m in their business because they don’t allow guns. And they also because they cannot keep me safe while I’m in their business also because it is a no guns allowed business. And I then leave.

In today’s life everyone knows that money is very important, so I want to make everyone’s life easier and provide you financial freedom by telling you about a project that is paying me $10 k or more every month by doing simple tasks that anyone with basic computer skills can do and you need only good internet connection

Here is how you can earn fifty five dollars an hour… After being without work for six months , I started working over this site and now I could not be more happy . 3 months have passed since being on my new job and my income is around five-thousand dollars/per month -Check Link on M_Y__–__PAGE_____ for more information

Here is how it’s possible to receive eighty-five dollars /hour… After being without work for half a year , I started earning over this internet site and now I possibly can not be happier. After 3 months doing this my income is around five-thousand $per month -Check site watch out my disqus profile now

thats great, I would keep it secret until u multi millionaire, you never know, one mil might not be enough. After seeing your ad on different web sites it gets to be tad too much. Good luck with your 5k per month and congrats.