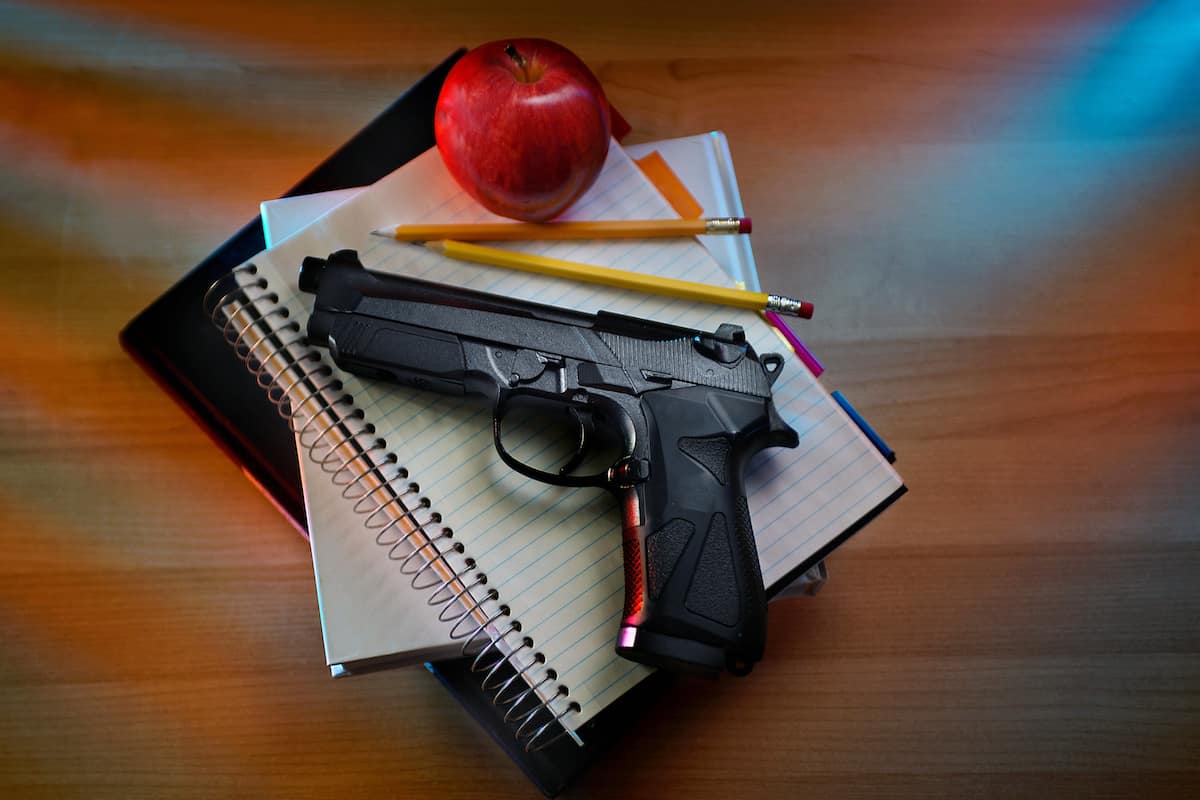 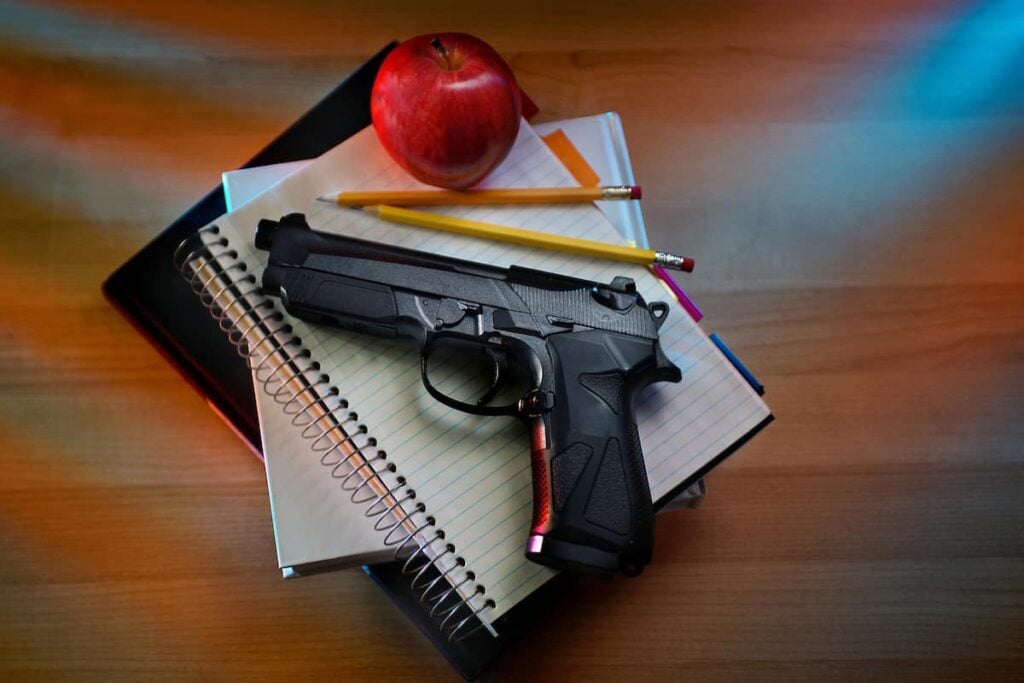 At least one flaw in an update to Georgia’s concealed weapons law caused one gun-supporting member of the House of Representatives to vote against it.

“I am not opposed to the bill,” said Rep. Clay Pirkle (R-Turner County). “I looked at the bill. I had questions and insufficient time to get answers. If I don’t have my questions answered, my general vote is no.”

Georgia has a part-time legislature and so bills must move quickly through both houses to get to the governor’s desk.

Rep Pirkle’s heartburn comes from this section. In part, the law says concealed carry permission does “not apply to any room or space being used for classes in which high school students are enrolled through a dual enrollment program, including, but not limited to, classes related to the ‘Move on When Ready Act’ as provided for under Code Section 20-2-161.3.”

The law applies when a high school student is in the room.

But, how does a CCW holder know if a high school student is in the classroom?

“For me, the restrictions placed on (a CCW holder) are too complicated and onerous to comply with, without being a lawyer. I take that back. Not even being a lawyer. The smartest person or the most astute legal scholar cannot look at a 19-year-old student and know if the student is a high school student or a college student,” he said.

“The administration (at colleges and universities), I don’t know what they will do on the first day of class. I don’t know how to inform the class of what the makeup is,” he said.

The word “space” is also a problem.

How big is a space?

At some of Georgia’s institutions of higher learning, instruction takes place outside. Abraham Baldwin College in Tifton offers turfgrass and outdoor management degrees. If students are studying grass on the golf course, is that a “space” where a concealed carrier cannot take his gun?

Rep. Pirkle said that is one for the lawyers. As he understands it, a space where students are being taught is a no go for concealed carrier if high schoolers are present. “It is somewhat disconcerting that there are a good many places you can’t carry,” he said.

The South Georgia farmer says he supports the bill because it gives people the ability to protect themselves.

“My concern is for the college students. In the classes I taught at Darton two nights a week, I taught until late at night. The last class was out at 9. If students stayed afterward to ask questions, you are looking at 9:30. If there is a 22-year-old young lady in my class who has a carry permit and is genuinely afraid to walk across a dark parking lot after class, and my class was late, I would think she would need a way to provide protection for herself,” he said. “In the daytime is not as big a concern. At night, in the shadows and dark places to hide in a largely deserted parking lot, I see the need for this bill.

“As the father of a 23-year-old, wherever she goes I want her to be safe, for sure on college campuses. There is where I see the good of the bill. It has the potential to protect vulnerable students in compromising situations on campus,” he said.

Rep. Pirkle voted for the first “campus carry” bill in the 2016 session. Gov. Nathan Deal vetoed it. It came back with restrictions, which the governor agreed to.

The bill was brought forward by Rep. Mandi Ballinger (R-Canton).

“Rep. Ballinger did as good a job as she could in getting the bill moving forward. Rep. Ballinger got as liberal a bill as she possible could that she knew the governor would sign,” Rep. Pirkle said. “I voted no on a lot of bills last year. This is one of the hardest. I am generally supportive of the measure.”

The new law also carves out no-go spaces for “buildings or property used for athletic sporting events or student housing, including, but not limited to, fraternity and sorority houses.” So students can get a CCW and carry it to class. But when they go home at night, if they live in student housing, they have to find somewhere else to store their carry firearm.

The exceptions got the bill through, but these no-carry spaces also put law-abiding gun owners at risk of a breaking the law without even knowing it, as Rep. Pirkle says. That’s a major problem.

The law hands out a tiny fine, $25, for anyone convicted of violating the law and specifically says the person cannot go to jail. However, a conviction is a misdemeanor and a gun-related conviction at that. That could kill a CCW renewal in the Peach State. Plus, the person now has a record.

Despite that, and the rep’s warning to other members of the House, the bill passed and was eventually signed into law by Gov. Nathan Deal. It took effect July 1, 2017.

Read the whole bill – it is short – for yourself here.

If only all representatives brought this level of critical thought to the table.

The question is, is this an improvement that expands CCW, or a trap to punish legitimate CCW carriers with a criminal record by having a law with internal contradictions?

It’s sausage made to appease everyone so it passes. SO, there must be people in the legislature that asked for that, less the don’t vote for it.

This is the half ass stuff our state government passes.

The last class is out at 2100 with students still there at 2130? That is not late. Wait until classes end at 2300 and the students are finally gone at 2330 before saying late. We had classes that didn’t start until 2100.

The author missed the biggest flaw. Both faculty and staff can carry into a crowded classroom, yet the faculty member cannot return to their own empty office with their gun afterward. That restriction effectively disarms faculty and staff, who know they have to go to their office or someone else’s at some point during work.

Kind of like the existing campus carry laws say you cant take a gun into the dorms? So what, does a student have to leave gun in car or classroom? wtf..

I had not really considered the resident students. That’s pretty lame as well. And of course they make no accommodation for lockers or safes that people can use to secure their weapons when moving from allowed to disallowed locations. It really seems weird that they allow guns in all the public areas, but not in the places where faculty, staff and students retreat into their own more private spaces.