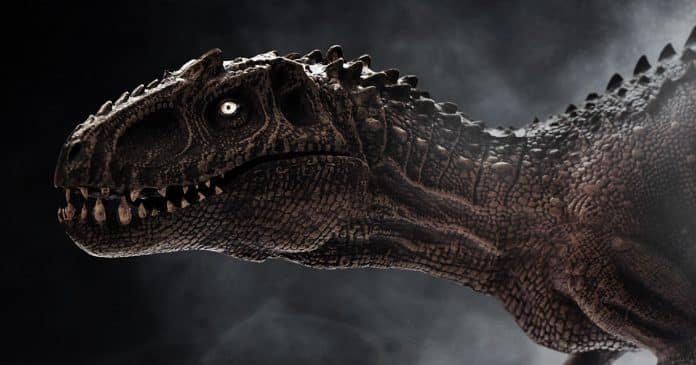 This has got to be one of the most frightening things a mother could experience, but fortunately, she was fully prepared to deal with the situation.

According to the local Sheriff, at about 5:45 am, a “crazed man” broke into a 42-year-old mother’s home through the front window while she and several teenagers were in the home. The Sheriff said the mother “did what any good homeowner would do” when she grabbed her gun with one hand and her cell phone with the other and called 911 and several times ordered the intruder to leave the house.

He told the responding officers, “The dinosaurs were chasing him, and he thought he got some bad weed.”

The Sheriff went on to say that “fortunately for him, she was a bad shot” and “he’s lucky he’s not dead.”

Clearly, this guy was not in his right mind from something he took, but that’s on him, not on the mom defending her home. This mom did a lot of things right. She called 911, which recorded her multiple commands for him to leave and her communication to the operator that she didn’t want to shoot but felt that she had no choice.

She only shot him one time, which proved to be enough to stop the suspect without killing him. His subsequent statements to the police about the dinosaurs chasing him definitely supported the homeowner’s actions. Further, she had audio and video from a security cam that recorded the suspect’s activities outside the home as he broke the window.

To those that would say that having a gun in the home with teenage children is dangerous, this is a case where not having one could have proved to have been tragic.

The first 3 minutes or so of the Sheriff’s press conference is worth listening to.

As is the footage from the home security camera.