If this came up before I apologize. I am admitting right from the start that I did not search I figured I would just ask. Flames are welcome for it!

Anyone have a liking to one over the other. I would love to pick up a used Mark II however I am not opposed to the Mark III. What do you guys like better? Any reasons for it? Also what does a reasonably priced Mark III go for? Only curious. Thanks for all your help! You guys always provide me feedback that really helps me out. Thanks!

Don't like either one of them. Ruger .22 caliber pistols are a pain in the butt to break down. If you want a good .22 that's not a pain to work with, I highly recommend the "Beretta Neos" pistol. The gun eats virtually anything, and is a breeze to clean after a day of shooting.

Glock Fan said:
Don't like either one of them. Ruger .22 caliber pistols are a pain in the butt to break down. If you want a good .22 that's not a pain to work with, I highly recommend the "Beretta Neos" pistol. The gun eats virtually anything, and is a breeze to clean after a day of shooting.

Ohhhhhhhhh I just looked that up and MAN i got hooked. I suddenly forgot all about the Ruger. Thanks GF!

I love the Ruger MKII. It's not hard to break down if you know the technique. It's very accurate and a blast to shoot.
D

MKIII has a "loaded chamber" indicator on the side. The early versions could fire a round if the indicator was struck. They fixed it in later versions, so if you go for the MK III make sure its one of the fixed versions... i dont know how you can tell, sorry...

A MK II 22/45 is easier to reassemble than a standard MK II (or III) because there is one step that doesn't apply to the 22/45, which can be tricky. The one downside to the 22/45 is that the clip is a bit more of a pain to eject, due to it hitting my palm, because its as long as the bottom of the grip, vs the standard models that is about 50% as long as the bottom...( try it at the gun shop, you will see what im talking about) The 22/45 version also has the clip release on the side near the trigger guard, vs on the bottom for the standard versions, while the MK III has it near the trigger guard on all versions...
R

I bought a brand new Mark III a couple of months ago. Breaking it down was a bear the first couple of times, but now I can practically do it with my eyes closed, just as with any of my other firearms. Honestly, the II and III are both excellent handguns. My Mark III Target has had well over 600 rounds through it now and hasn't had a single hiccup (CCI FMJ and Remington "Golden Bullets")! It is extremely accurate, just as accurate if not more than any other .22 pistol out there off of the shelves (1.5" groups off hand at 25 yards), and it is built like a tank! I can't see mine EVER wearing out.
S

I love my MKIII. I have the 5" Fluted barrel with Crimson Trace Grips. Hindsite, I would have prefered wooden grips, I never use the laser.

I have the Ruger Mark III and I love it.
I even changed the grip to where I have a thumb rest.

Don't be afraid of that gun because she is sweet and I have not had any problems with Rugie.
S

Yes the MKIII is a pain to strip but it shoots great I have the Hunter with the 6" barrel and love it. The magazine disconnect does not bother me it is not a carry gun. Mine has been finacky with ammo. Loves the dirty Remmington Thunderbolts hates the Gold and Match. No problems with any Federal, CCI or Eley.

There is no real difference between a MKI, MKII, or a MKIII.
There are product improvements, some real and some to please the California gun regulation board.

The loaded chamber indicator is silly [IMHO] because all guns are always loaded.

The magazine release is a butt cap on a MKII and the MKIII has a button like a 1911.

It is easy to shoot, reliable, and the procedure to strip and reassemble is easy to learn and do.

The MKI does not have grasping relief cuts and IIRC the slide does not lock open and the magazine only hold 9 rounds.
M

you might look at the browning buckmark, great shooting and a better trigger action. IMO
G

I bought my MKII used about 15 years ago. I haven't ever had a problem with. I have put several different brands through it and they all work fine. It is very accurate. I have put thousands of rounds through it.

I bought this for silhouette shooting years ago. It has a Clark trigger and Millett sights I installed [the front was welded to be about twice as high as standard.]
I will get a shorter gun to carry, this belt slide cross draw is about the only way to carry this.

I'd say any 22 pistol is going to be a personal choice. I have numerous Ruger 22's, MkI, MkII and MkIII. I have a stainless MkIII Hunter with the 4" Heavy Fluted Barrel as my woods walking gun and for work around my property. It's taken it's share of poisonous snakes (I don't shoot the Non-Poisonous ones) rats and Wild dogs and Coons. (they kill my chickens) I also have 2 pre-MkI's. One that my Dad bought in 1959 for me when I was born and the one he extensively used all of those years and I inherited after he passed away. Both of them have been shot, carried, and used extensively. Both have much of the blue worn off, have been underwater a couple of times after falling into water or wading to a duck blind, and have literally thousands and thousands of rounds fired through them. I like the Rugers. They have served me well and I know how to break them down or work on them if needed. It's just I never need to. For the most part they can be cleaned well enough without breaking them down and using toothbrushes, etc to get into the nooks and crannies. I don't think I have ever had to replace a part or spring on any of them in my collection.

However, I also have 2 Browning Buckmarks, a Beretta Neos, a Browning Challenger, 2 old High Standards, and an S&W 22A, not to mention Glocks, Colts and Kimbers with 22 conversions on them. They are all good guns. They have their good and bad points, but every gun does. Whatever you shoot best and serves you best is a good choice.

Yeah, I got the Mark III cause I couldn't find a Mark II.

Now that we've had it a month (really, it's the wife's), I like everything about it except the mechanism that won't let it fire if the magazine is removed. If in the woods and you drop/lose the magazine, the weapon is useless. It WILL NOT SHOOT single shots at that point! Now, as a camp gun/survival weapon that is NOT GOOD:fie:. When I take it apart for it's first cleaning, that mechanism COMES OUT!!!! I understand it's not hard at all to do. The instructions say I need to get three small washers to replace the mechanism, but that's no problem either.

Also, the key lock is ok too. I've never used it but it doesn't cause a problem.

The new chamber indicator is not a bad idea and is actually useful. The new mag release position is better.

Actually, other than the one problem above, it's the same sweet shooting pistol as the Mark I or Mark II. leasantry:

I have the "Target Model" Mark III...the one with the conforming grips.

I love it. I think it's easy to tear down, but a real bear to re-assemble the first time you try it.

I've also fired an old Mark I. It shoots every bit as accurately as my Mark III.
I 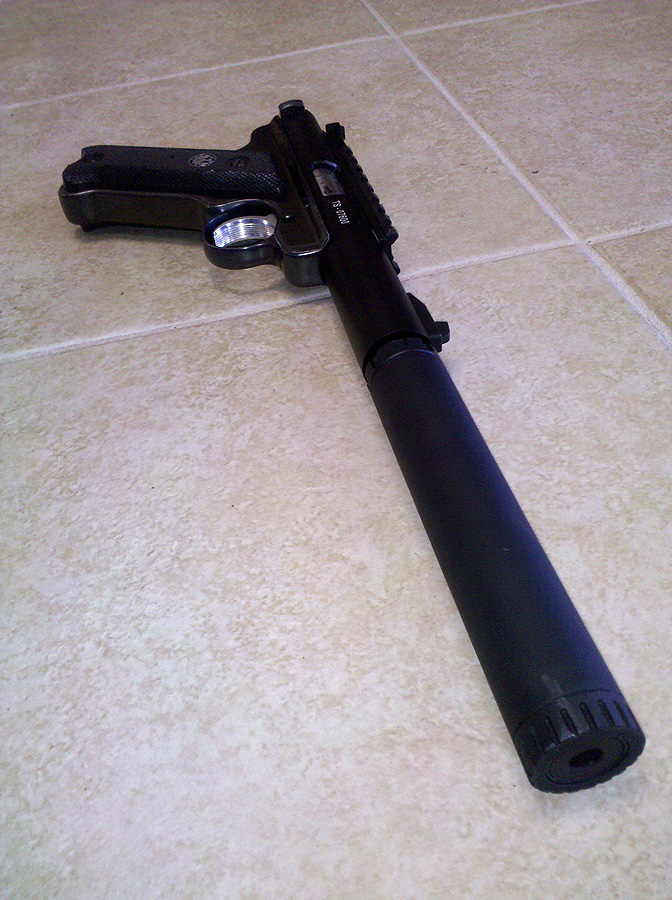 Easy to break down once you learn, and you can learn in 5 minutes. Aftermarket parts are cheap and plentiful. Shoot almost anything, and run forever.

Regarding breaking down, some folks shoot thousands and thousands of rounds and never take down their MkII. Just clean the bore and add some lube; it keeps on shooting.
D

capo2186 said:
If this came up before I apologize. I am admitting right from the start that I did not search I figured I would just ask. Flames are welcome for it!

Anyone have a liking to one over the other. I would love to pick up a used Mark II however I am not opposed to the Mark III. What do you guys like better? Any reasons for it? Also what does a reasonably priced Mark III go for? Only curious. Thanks for all your help! You guys always provide me feedback that really helps me out. Thanks!

Depends... if you are getting a "standard" version (not 22/45) I would go with the Mark II.... there is only one thing the mark III has thats better than a mark II IMO, and several things that are worse.... the one better thing is the mag release on the mark III... its in the normal location (behind the trigger guard) while on the MK II its a but plate release. I have one on my MK I and its not unlivable, but I prefer the button.... on the 22/45 though the button is in the standard place behind the trigger guard no matter what you get (mk II or mk III)

Any way you go, if you get a mk III the bad features can be removed...

If I were buying one, it would definitely be a mark III RP, blued with the 4 inch bull bbl.... :biggrin:

If you are keeping a tally of the votes, I love my MII 22/45. I smile everytime I get it out and shoot it.