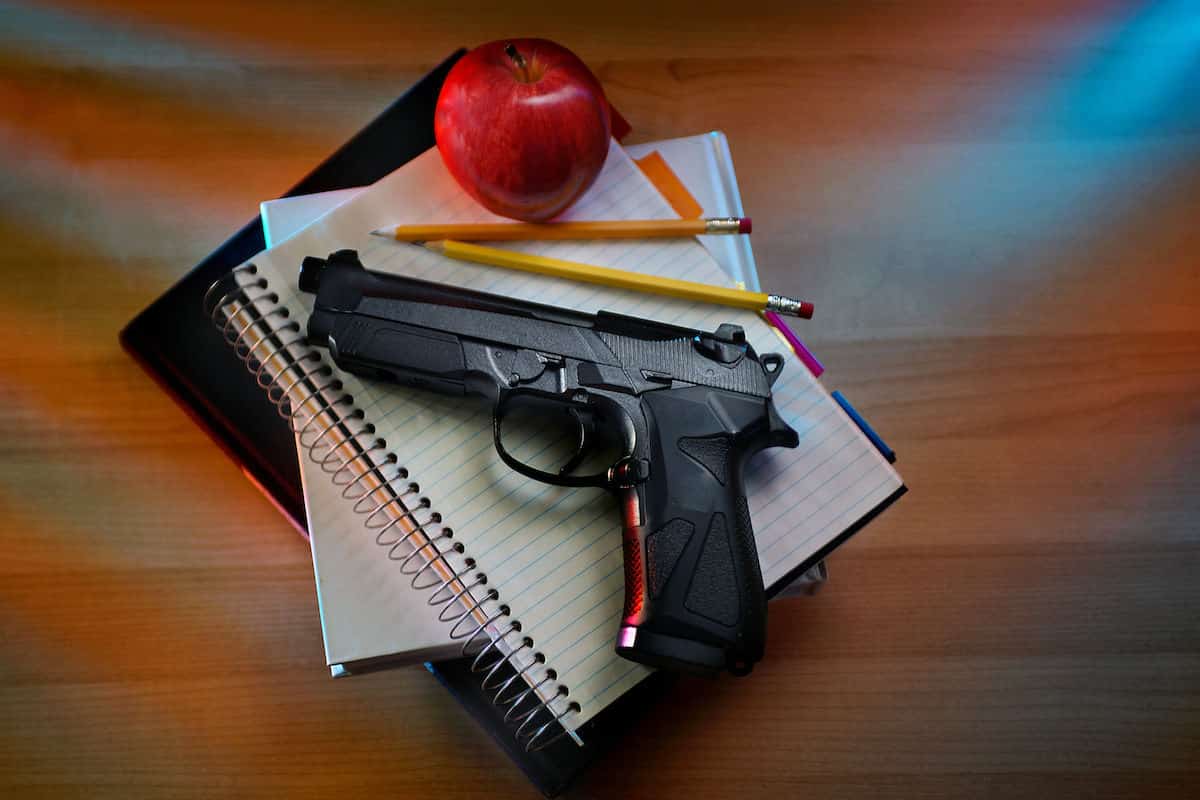 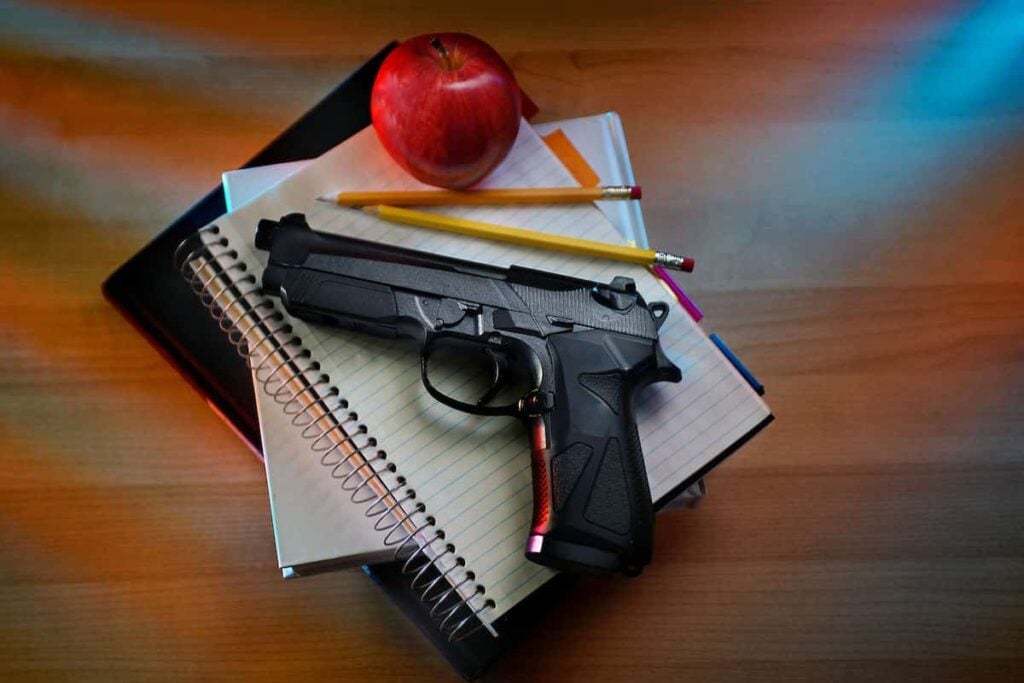 The high court affirmed an earlier ruling to dismiss a complaint filed by the gun rights group GeorgiaCarry.org against the state Code Revision Commission.

The issue started when Deal signed HB 862 into law on April 22, which allowed guns to be carried on school property. On April 23 he approved HB 60, Georgia’s famed “guns everywhere” bill that, while vastly expanding areas where guns could be carried, also included language restricting guns to school parking lots.

The Code Revision Commission found the discrepancy and adopted HB 60’s language which only allows licensed gun owners to carry on school property “when such person carries or picks up a student within a school safety zone.”

GeorgiaCarry.org sued in February 2015 to return to HB 862’s language. Both the Governor and the commission asked for a dismissal, which was granted, and GeorgiaCarry.org then took the issue to the Supreme Court.

In a 9 page opinion the court argued that the two bills were in “irreconcilable conflict” and “[t]hese provisions are contradictory in that they address the same circumstances, but one expressly authorizes the carrying of a firearm and the other expressly criminalizes such conduct, albeit with a limited exception.”

GeorgiaCarry.org Executive Director Jerry Henry disagrees with the decision and told Guns.com the conflict between the two laws was reconcilable and state law has similar conflicts already on the books.

“Certainly we are disappointed with the court’s decision and believe it to be an incorrect decision. Unfortunately, the court does get it wrong from time to time,” said Henry. “The court sided with the state and once again, missed an opportunity to restore our Second Amendment rights; forcing law-abiding citizens to be disarmed in high crime pretend gun-free zones.”

Gov. Deal’s gun-friendly legacy may be in jeopardy as he vetoed HB 859 earlier this year, a bill that would have allowed permitted gun owners to carry at public college and universities in Georgia. Deal, however, is in his second term and will not face reelection.

Do you think it is reasonable to allow guns on school campuses? Let us know!

1 yr have passed since I finally resigned from my last job and that decision was a life changer for me… I started freelancing over internet, for a company I stumbled upon online, for a few hours /a day, and I earn much more than i did on my office job… Pay-check i got for last month was for 9000 bucks… Amazing thing about this job is that now i have more free time with my family… KORTA.NU/MDe

I work at a university and it’s not only no guns, but no weapons of any kind. A bill to allow carry on state university campuses was brought up in the legislature, but allowed to die. I don’t think Ducey has the stomach for it.

Dicey is a wimp. I live in Az and carry EVERYWHERE I can. It should be allowed on college property. Criminals don’t care about gun free zones.

It’s not worth it. I wish the bill at least went to vote.

It’s been one year since I decided to quit my old job and it was a best decision i made in my life… I started working over internet, for a company I found over internet, few hrs /a day, and my income now is much bigger then it was on my last job… Last check i got was for $9k… Amazing thing about this job is that i have more free time with my family… KORTA.NU/MDe

If you don’t allow honest citizens to carry, the only guns will be in the hands of the lawbreakers. And then who will defend the innocent?

Glad I moved to Texas. The Yankees (progressives) invaded Georgia…again!!!

The argument is made that students are too immature to carry guns. Yet they join the military at the same age and that is fine. They say that college students abuse alcohol and guns are a danger. That is true for anyone anywhere.

People say that they would be afraid to speak out when people may be armed. An irrational or just irate person can attack you at any time and with any weapon. A pen, a letter opener, a rock are just a few of the ways you can be killed, unless you are legally armed and aware.

The right to self defense only works if your defense is effective.Irrational arguments should not prevail when your life may be at risk.

One year have passed since I left my old work and i couldn’t be happier now… I started freelancing at home, for this company I found online, several hrs /a day, and I earn much more than i did on my last work… My pay-check for last month was for $9000… Awesome thing about this work is the more time i got for my loved ones… KORTA.NU/MDe

In the case of AZ, only permit holders would be allowed to carry. Too bad they let the bill die.

It’s a restriction but it makes sense. How can you carry on campus except concealed? If it is concealed you, at this time need a permit. Which would seem to make the point that in Arizona some places, such as bars require a permit. I guess a campus is like a bar, right?

Just make a fifty state constitutional carry of all weapons and be done with it.

They, the political machine, run red herrings at us. Things that are important to people but not the elites of both parties. Guns, drugs, race, abortion and more. These things don’t affect the bottom line which is that it is a puppet show. the politicians are bought and paid for on both sides by the same people.

Well, there’s the political class, then there is us.

One year ago I resigned from my office job and that decision changed everything for me… I started working on-line, for this company I discovered online, few hrs /a day, and my income now is much bigger then it was on my old work… Check i got for last month was for Nine thousand dollars… Awesome thing about this job is the more time i got for my kids… CHILP.IT/8d93f4b

1 year ago I decided to resign from my office work and I never felt so good in my life… I started doing a job from my house, for a company I found on-line, for several hours daily, and my income now is much bigger then it was on my last job… My last month pay-check was for $9k… The best thing about this job is the more time i got for my family… KORTA.NU/MDe

Silicon base lifeform
Reply to  bernice.lopez

carlson_denise
Reply to  Silicon base lifeform

After 5 yrs I finally resigned from my last work and that decision changed everything for me… I started working on-line, for a company I found online, for a few hours each day, and I profit now much more than i did on my office job… Last paycheck i got was for 9k dollars… Great thing about this gig is the more free time i got to spend with my family… KORTA.NU/MDe

Silicon base lifeform
Reply to  carlson_denise

I really like the speedy way to report spam bots now!! 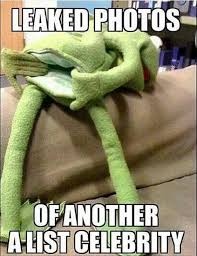 If I were you, I wouldn’t tell a soul of your new fortune. Keep it all for yourself. Stop blabbing about it and go for it. Good for you.!

I open carry a twin Colt .45 rig… I wear a cowboy hat and cowboy boots with a black suit. I have a .38 concealed in my vest and a .32 up my sleeve. No one is ever going to attack me or my family and live. I hope I will never have to unholster my gun. I’m spoken to very politely by muslims and illegal aliens, and other undesirables that if it were legal to shoot them, I would. But it is not for now. I abide by all the rules. I am a responsible gun owning citizen.

sherie.ramos
Reply to  Wyatt Something

It’s been 1 yr since I decided to resign from my previous job and that decision was a life changer for me… I started freelancing from my house, for this company I discovered online, several hrs every day, and I make much more than i did on my last work… My last month paycheck was for 9k dollars… Superb thing about this gig is that i have more free time for my loved ones… CHILP.IT/8d93f4b

1 yr have passed since I decided to leave my office work and it was a best decision i made in my life… I started to work from home, for this company I found on-line, for several hours every day, and I earn much more than i did on my previous job… Last pay-check i got was for $9000… Superb thing about this is that now i have more free time for my loved ones… KORTA.NU/MDe

1 yr ago I left my office job and I never felt this good… I started to work from my house, for a company I stumbled upon over internet, for several hrs each day, and I profit now much more than i did on my office job… My payment for last month was for $9000… Great thing about this job is that i have more free time to spend with my family… CHILP.IT/8d93f4b