Are You Guilty of Bad Shooting Range Etiquette? 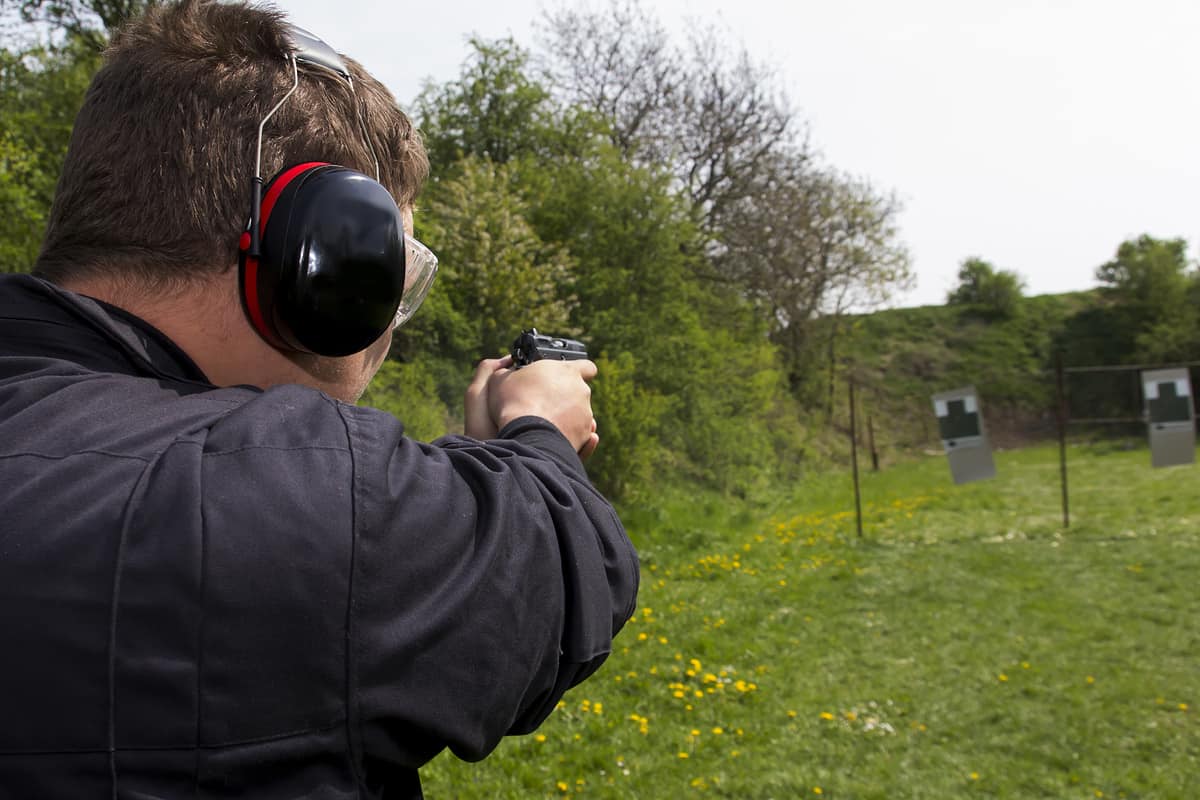 Whether it’s your first time at the shooting range or you’re a seasoned pro, it’s important to understand proper etiquette before joining the firing line. While some ranges take the time to display their expected behavior, many do not.

Assuming everyone knows the unwritten rules can be dangerous and even lethal. Proper etiquette is more than being courteous, it involves maintaining safe control of your equipment and its use. Mistakes are made by even experienced range users, but being aware of the most common issues can help maintain proper range etiquette. Here are a few to keep in mind.

Not Checking the Range Status

There are various ways to display that the firing line is hot. Depending on the range, there may be a flag raised at the entrance or a sign at a gate. These visual aids notify any newcomers to take caution.

While some ranges don’t have flags, almost all will have a singular entrance to the firing line. If no one is firing at the moment, ensure that people arriving are aware that the range is live. Likewise, if you’re entering the range, ask others what the current status is. The simple question could save a life.

Failure to Clear the Range

Every weapon has a surface danger area, these differ by caliber, weapon and rate of fire. For most small arms, 10 degrees to the left and right of your firing point is the immediate danger area. Outside that is the ricochet area, spanning roughly 30 degrees to both sides of the target.

Even the best trained military units will hesitate to fire if friendly forces are within 15 degrees of their target. For an untrained shooter, it’s not worth taking the risk. Verify that no one is beyond the firing line before you start shooting.

Many people go to the range to relax and clear their mind, some focus on specific techniques they want to improve. Don’t be the individual who offers unsolicited advice. With so many different methods and techniques, it’s impossible to know what someone wants to learn. More than likely, they don’t want advice in the first place.

Meeting new people is great, but opening a dialogue with advice is in poor taste. Focus on your own firing. If someone is looking for pointers and they see you accurately engaging targets, you’ll be the first person they ask.

Balancing on spent casings makes it difficult to acquire a good stance — not only is it a safety hazard, but an eyesore as well. Pick up casings and any trash before you leave, keeping it clean for the next firer.

Not Knowing the Weapon

For example, a shooter must have an idea of their weapon’s recoil and how to manage it. A Mosin Nagant is easy to control for a trained shooter, but for a rookie, the recoil is enough to throw them off balance. Fortunately, the bolt action rifle requires manual chambering for the next round. For a semi-automatic, load a single round until you’re sure you can handle it. This will stop you from accidentally pulling the trigger on the second round before you’re ready.

If you let someone else use your weapon, share information about the weapon’s action and recoil to reduce the chances of an accident.

It’s imperative to take the correct position on the firing line:

If you witness an unsafe act on the range, calmly discuss it with the individual. Holster your weapon prior to confronting them and explain clearly why they were unsafe. If you present it correctly, you can educate the individual and create a safer environment for everyone.

Shooting range etiquette isn’t natural to everyone. If you feel like your local range is becoming dangerous, discuss it with the organization that manages it or with other firers. Review the NRA’s list of shooting range rules to see if there are any to implement at your range.

Cover vs. Concealment—Understanding the Difference Could Save Your Life

Cover vs. Concealment—Understanding the Difference Could Save Your Life