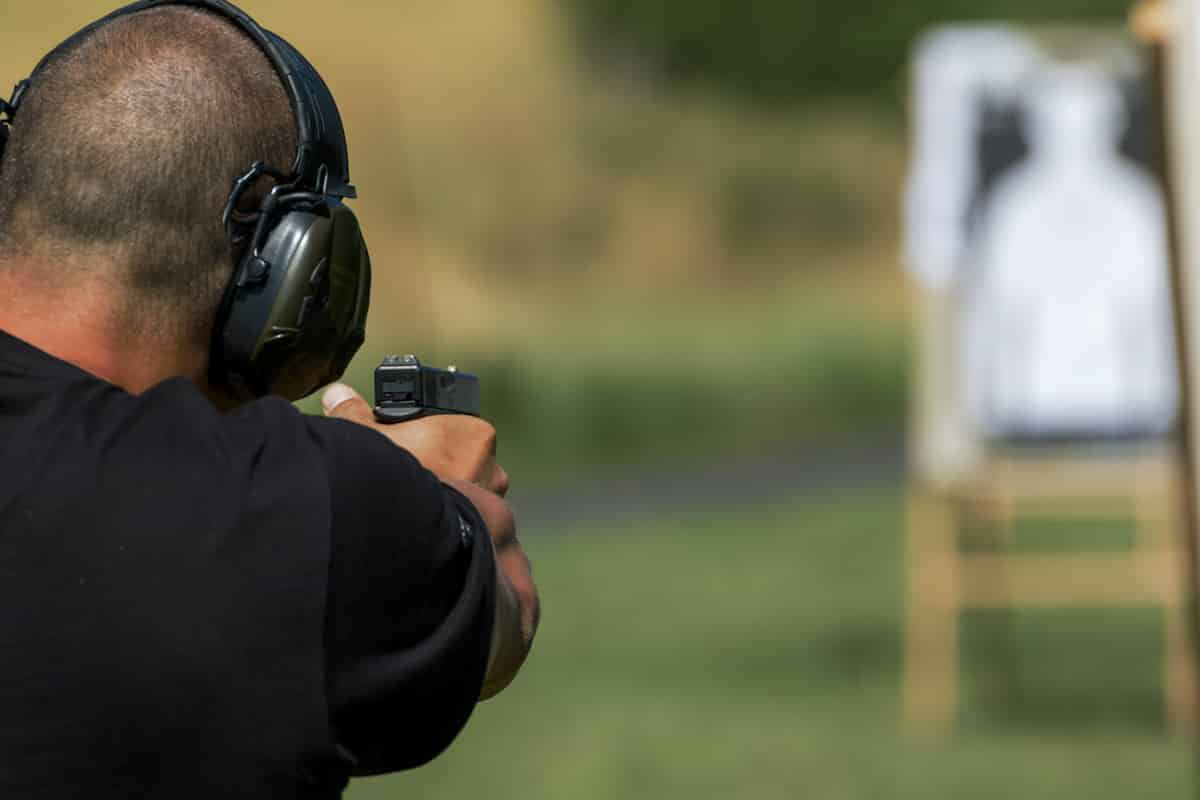 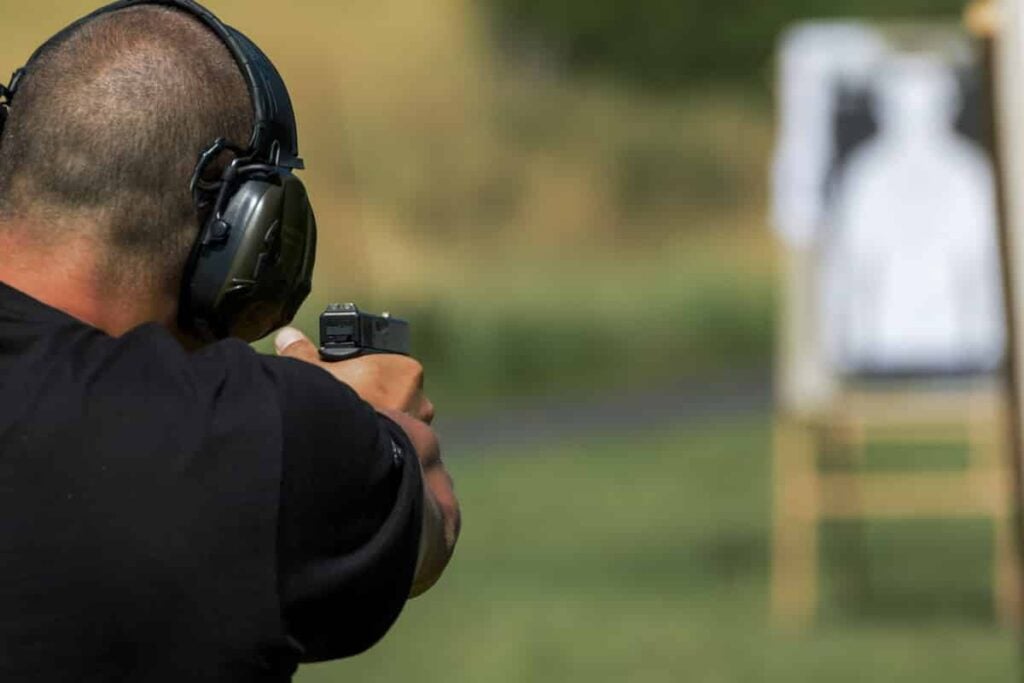 Once upon a time some poor nameless individual—whose name totally wasn’t Michael Jenkins—went to the range. And while there, this nameless soul—again, absolutely not named Jenkins—has a really crappy time. The facility was pleasant enough, the day was cloudy and cool but otherwise fine. It wasn’t even that crowded on the firing line. But for some reason our anonymous hero who totally wasn’t Michael Jenkins couldn’t shoot well. The groups he was getting at 10 yards would have been embarrassing at 30, and the whole thing became an exercise in mind-melting frustration.

We all have days when we’re not shooting as well as we’d like, regardless of our level of experience or practice. Advanced shooters get frustrated by not performing up to their abilities, while newcomers fall into despair and wonder whether or not they’ll ever get the hang of this shooting thing. Which leads us to the question implied in the title of this piece: how do we handle it? What do you do when you’re not shooting as well as you’d like?

First off, take a deep breath and accept that this is going to happen, with shooting and with anything and everything else. You’re going to have off-days, that’s life, let it go.  And please, DO NOT blame your equipment unless there’s something tangibly wrong.

Once your head is clear, take a minute and diagnose what’s going wrong. If there’s a hiccup in your technique, figure out what it is and plan a course of corrective action. Note I said plan—you’ve got a bit more head clearing to do. Keep walking/gun shopping/watching others shoot and go over your corrective strategy in your head.

After a few minutes of mental practice, it’s time to step back onto the firing line and put another magazine or two on target while implementing whatever corrections you deemed necessary. After that, take a step back and look at how you did. Was there improvement? If so, how significant was it? And just as importantly—are you getting more frustrated or feeling proactive and engaged? If it’s the latter, I suggest that you keep going—go slow, but keep going. Make the changes you need, run the appropriate drills, and start working on fixing the problem.

But if it’s still frustrating and you’re just getting more and more angry at yourself, this is the time to quit. Pack up your stuff, clear the firing line, and go do something else. Dumping more ammo while getting yourself riled is a waste of time and money. It’s one bad day, they happen, and there will be a next time.

These are just my thoughts. If you have another approach that works for you, let us know in the comments section.

I find that in general, when I have days like that, stop. Take a break.

I’ve made $84 ,000 to this point this season working over the internet and I’m a full time university student . I’m implementing a home based business marketing opportunity I observed and consequently I’ve generated this kind of good money . It is actually seriously user friendly not to mention I am just very happy that I discovered out about it . The possibility within this is unlimited . Here’s what exactly I do>>> NEW75.WEEBLY.COM

I’ve generated $84 ,000 so far now working online and also I am a full time college student . I’m taking advantage of a home based business project I heard about and consequently I’ve generated such decent money . It is actually seriously simple to use and I’m just so glad that I discovered out about it . The possibility of success within this is limitless . Here’s stuff that I do>>>
SECURE52.COM

You can always use the “Marc Mero” technique. You do you hair and makeup to make yourself look like Little Richard and start saying, “I’m a Baaaaadd Man”. You get bonus points if you fire off a confetti gun called the “Badd Blaster”.

I’ve generated $84 ,000 up till now now working online and also I am a full time college student . I’m taking advantage of a business online marketing opportunity I read about and I’ve earned such decent money . It is actually undoubtedly user friendly and I’m just too satisfied that I found out about it . The possibility of success using this is never ending . Here’s stuff that I do>>>
SECURE47.WEEBLY.COM

I’ve generated $84 ,000 to this point these days working on-line while I am only a full time college student . I’m implementing a web based business marketing opportunity I read about and even I’ve generated such great money . It is actually undoubtedly user friendly and I am just too happy that I found out about that . The possibility with this is never-ending . Here’s exactly what I do>>> SECURE75.WEEBLY.COM

I’ve earned $84 ,000 to date sometime this year working on the internet and consequently I am only a full time college student . I’m using a business online money making opportunity I found out about and I’ve earned such type of good money . It’s extremely so easy to use and I am just so satisfied that I found out about it . The capability using this is unlimited . Here’s everything I do>>> SECURE53.WEEBLY.COM

I’ve earned $84 ,000 so far soon working on line and I am a full time college student . I’m using a web based business project I read about and in addition I’ve made such decent earnings . It’s undoubtedly user friendly not to mention I am just too very happy that I discovered out about that . The possibility of success using this is endless . Here’s what I do>>> SECURE85.WEEBLY.COM

Your post has no relevance to the professional wrestling wisecrack I just made.

I’ve made $84 ,000 by far sometime this year working via internet while I’m a full time college student . I’m by making use of a home based business marketing opportunity I read about and in addition I’ve made such great money . It is actually really user-friendly and uncomplicated so I’m just so delightful that I found out about that . The capability within this is end-less . Here’s everything I do>>> FL-Y.COM/3kz7

Analyse following report to learn the way a single parent was able to make $89,844/year in her free time on her personal pc without selling anything>>>SECURE66.WEEBLY.COM

I have made $104000 in 2016 by freelancing from my house and I was able to do it by working part time f­o­r 3 or sometimes more hrs a day. I followed a business model I came across from this website i found online and I am so happy that I was able to earn so much money on the side. It’s beginner friendly a­n­d I am just so blessed that I found out about it. Here is what i do… TIMELY84.COM

I’ve generated $84 ,000 at this time these days working on the net but I am only a full time university student . I’m using a web business money making opportunity I observed and after that I’ve made such decent earnings . It’s extremely user friendly and I’m just too delightful that I discovered out about it . The capability with this is never ending . Here’s everything that I do>>> SECURE77.WEEBLY.COM

I’ve made $84 ,000 to this point soon working online but I am a full time student . I’m taking advantage of an online business project I discovered and consequently I’ve earned such good money . It is actually undoubtedly so easy to use and I’m just very thankful that I found out about that . The possibility within this is never-ending . Here’s what exactly I do>>> NEWYR91.WEEBLY.COM

Another thought:
Would you ever make fun of an overweight person who’s working out at the gym?
Then don’t make fun of someone who’s shooting poorly at the range.