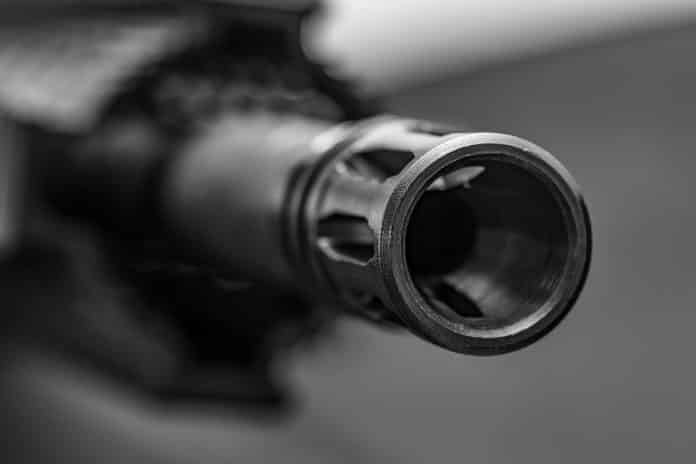 One of the highly debated firearm topics on the internet is whether or not an AR-15 is a good home defense gun. One Marion County, Florida man, decided to use an AR-15 to defend himself and his home during an attempted robbery which left two of the attackers dead. But the homeowner was also wounded.

Around 8:20 PM on the night of July 10, 2019, four men broke into a veteran’s home and attempted to rob him. The criminals were armed, but unfortunately for them, so was the homeowner. After being woken by a loud noise, the homeowner grabbed his AR-15 to defend himself.

The homeowner told deputies that he doesn’t remember who fired first, but he and Keith Jackson Jr. exchanged gunfire. It is unclear how many rounds were fired. But in the aftermath, two of the criminals were hit and so was the homeowner.

Police found Keith Jackson Jr. with a Jason mask on his head, dead at the scene. He was found with a semi-automatic pistol near his head with the slide locked back. Another criminal, Nigel Doyle, was also found on the scene with a gunshot wound. Doyle later died at the hospital.

The homeowner was taken to the hospital and is now in stable condition.

The other two attackers, 19-year-old Robert John Hamilton and 22-year-old Seth Adam Rodriquez were located by police nearby after the incident. Both were charged with home invasion robbery with a firearm, but Rodriguez was also charged with homicide.

The two attackers that survived told police that the four had planned on stealing marijuana and guns. I have found no reports of the homeowner being charged with anything, although one report stated that there was a strong smell of marijuana in the house.

As a side note, medical marijuana has been legal in Florida since Amendment 2 was passed in 2016. But even though marijuana is legal in some states, it is still prohibited federally to use and possess marijuana. And being in possession of marijuana and a firearm could be a felony. For more info on this, read our recent article, Gun Ownership and Marijuana Use, and Laws.

There are also two things I would also like to point out. The homeowner said earlier that night a man he remembers from a recent Craigslist transaction knocked on his door asking him to help with a vehicle. He said he couldn’t help the man and went back to sleep. This could have been one of the criminals making sure the homeowner was actually home or not.

It was also stated by a neighbor that they saw a Volkswagen car parked in an empty lot next door and another neighbor saw it previously. Police found a black Volkswagen parked near the residence registered to Jackson Jr. So we can assume the criminals staked out the hour prior to the attack.

We have said it before but will say it again. When making a transaction from Craigslist or other local marketplaces, never meet at your home. Make sure you perform the transaction in a public place during the day. You can even meet at a police station as some of them has designated locations for these types of transactions.