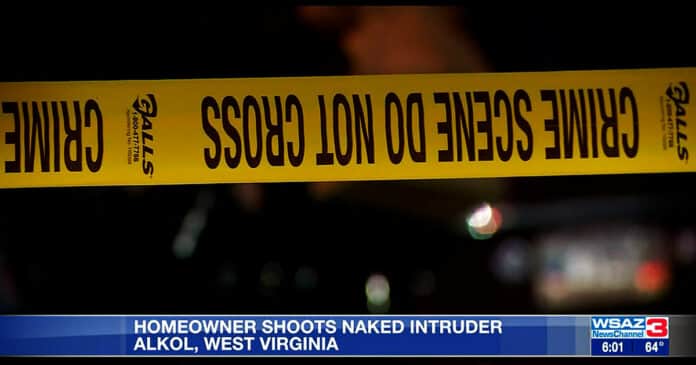 West Virginia police identified a naked intruder as Jeffrey Roberts, 28, after being shot by his neighbor for breaking into his home. As stated by another neighbor, Bruce Tulley, it was an unusual occurrence, besides it being at 2 A.M. as well.

“It’s not something where it’s a crime infested-area,” Tulley said of the neighborhood. He also stated the two involved are good people, which makes the situation all the wackier.

Roberts was shot in the shoulder but is in stable condition. The homeowner will not be charged and troopers say Roberts has not [yet] been brought about with any charges either.

Something important here is Tulley stating the West Virginia neighborhood is not a crime-infested area. This shows that the evilest, or rather, the wackiest of harmful actions can occur in places where it would be considered unexpected.

As for the homeowner, let’s just say he properly defended his home against an intruder. We all probably know what was likely more of a shocking realization.

One thing that does not cause harm is checking to make sure you are familiar with your state laws in regards to what is considered a justifiable home defense. Per the West Virginia Legislature, the homeowner committed a justifiable action as he will not be charged and entry into his home was being forced by an unwelcome individual.