How Many Rounds Have You Put Through Your Daily Carry Pistol? 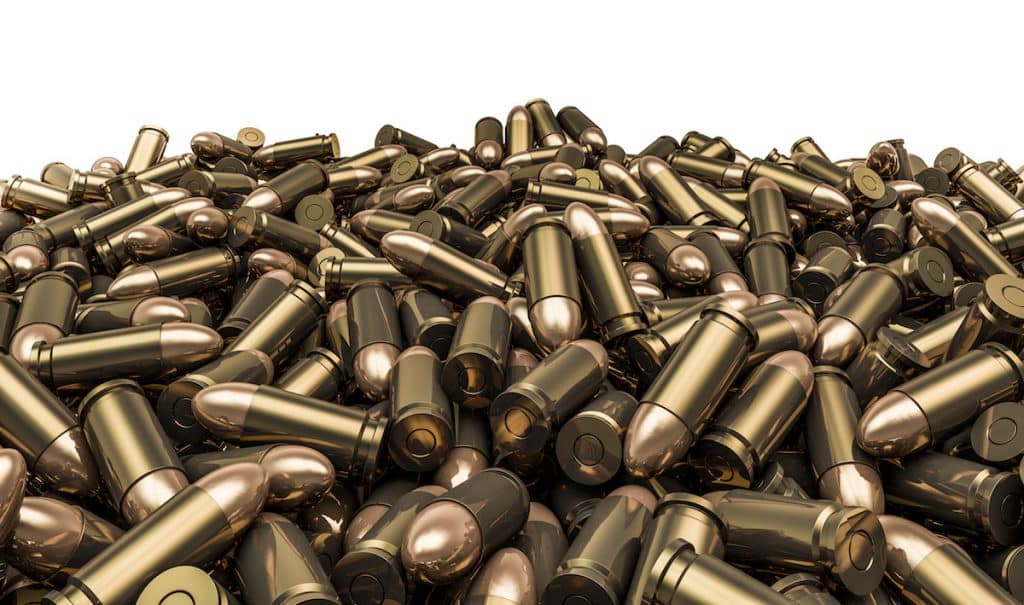 This past weekend I went for a motorcycle ride up the Maine coast. This is one of the last few good weekends we New Englanders can expect so us bikers try to get it in while we can. I made a pit-stop at the Kittery Trading Post along Route 95. If you’ve never been, let me describe it.

The Kittery Trading Post is this two story building on the border of Maine and New Hampshire. Located right off Route 95 and on US 1, it’s got everything related to hunting, fishing, and outdoors. For us New Englanders, it’s an easy way to get distracted and find our wallets a bit lighter.

The Used Gun section is my Achilles’ Heel. As a daily concealed carrier, I’m always stupefied as to what people will trade in without even putting a pistol through its motions.

I wanted to check out a SIG SP2022 (‘Twenty, twenty-two’) on special for $325. It was a SIG SAUER pistol that typically retails over $550 so I was genuinely curious why it was priced so low. The clerk graciously pulled it out of the glass case and, after checking to ensure it was unloaded, handed it to me. I did a quick breakdown of the pistol to see how much wear and tear had gone on.

There was a little bit of carbon on the feed ramp, indicating that someone shot it at least once before trading it in. I inspected the barrel and there were no chips or dings indicating hard wear. The rifling was still deep. The rear portion of the receiver still had the original grease the manufacturer puts on the gun when it ships. The exterior of the barrel showed the lightest of rings indicating, to me, that this pistol had maybe a hundred rounds passed through it before someone got bored.

I picked it up. Outside of the struggles of finding a holster for an SP2022, the gun was certainly a welcome addition to my ride up the Maine coast. As I was riding past Portland and the radio stations began to get in shorter supply, I got to thinking: here I am carrying a used pistol that’s maybe seen a hundred rounds through it and I’m carrying it concealed as my personal defense pistol.

What if I was wrong when I assessed the pistol? What if it was actually a giant piece of junk?

Thankfully, I had a buddy up past Brunswick. I pulled off Rt 95 and headed over to his place in the woods. Him and his wife were home. I showed him my new pistol I picked up at KTP and asked if I could go put it through its motions and see if my initial impression was good.

If you’ve never heard of the SIG SP2022, I don’t blame you. SIG made it awhile back and it never got much attention in a world increasingly fixated on striker fired pistols. Heck, SIG seemed to bury it under their P250 (DAO) and then their P320 just placed the tombstone over the 2022.

Well, their loss. My gain.

With three 17-round extended magazines and about a hundred rounds of American Eagle 115 grain 9mm, I tried out this “new to me” SIG SP2022. My buddy had three steel targets at around 10 yards and I alternated between them. Smooth, crisp single-action trigger pull. The double-action wasn’t crunchy like I had found in some other DA/SA used pistols but there was a nice lead that I like in DA mode.

After about a hundred rounds, I felt confident that I could draw the pistol, place judicious shots on target, change magazines, and ensure the pistol was safe.

Maybe that’s how many the previous owner put through it before he realized he didn’t like the pistol. I told this to my buddy and he told me something interesting.

“Sometimes you pick up a gun, put some rounds through it, and never think about it again.”

And then one day, you crack open the gun safe and look at a pistol hanging out in a corner and you think, “will I ever use this gun?”

That’s a distinctly American problem to have. However, in order to make room for something new, sometimes you have to get rid of something old. And maybe, for the previous SIG SP2022 owner, that was the conclusion he came to. Maybe, after a hundred rounds, he realized that this was a gun he either didn’t want to carry, or just preferred a different gun.

Brandishing A Gun Creates More Problems Than It Solves