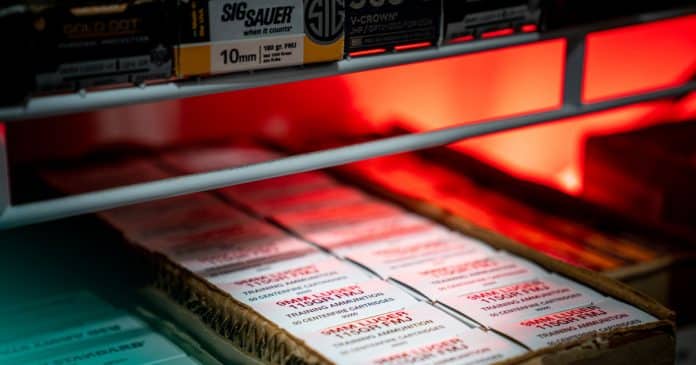 What a loaded question in the year 2021. Due to the perfect storm combination of a pandemic, civil unrest, and election uncertainty, 2020 was a record-breaking year for gun and ammo sales. Not only did the already established tens of millions of gun owners buy more guns and ammo, but over eight million first-time gun buyers joined our ranks. For many millions of Americans the reality that they are on their own, with nobody coming to help them in time, finally set in. Those of us who have been invested in our own self-protection for a long time are bewildered that it took such a year to wake many people up, but here we are.

While there are many benefits to having this enormous influx of new gun owners join our ranks, one of the obvious downsides is the scarcity of ammunition. There is no conspiracy behind the lack of ammo on the shelves currently; demand has skyrocketed and the supply chain simply cannot catch up now, or for the foreseeable future. Ammo is much more expensive than it was a year ago, and that is if you can even find the ammo you need.

With the new normal, the question of “how much ammo is enough” might be quite different for many people than it was a year ago. Before the onset of the pandemic and rioting that took our nation by storm my general advice was to “buy it cheap and stack it deep.” How much ammo does one need? More. Well, obviously, we need to re-calibrate that assessment now.

Even shooters who have been buying cheap and stacking deep for a long time are generally shooting a lot less than they used to because the ability to replace the ammo that they expend is not guaranteed any time soon. With the most anti-Second Amendment administration in our history in the White House, don’t expect the demand for ammo to subside in the near future. So, if you are new to this and you are trying to equip yourself despite the current shortage and inflated prices, how much ammo is enough?

My Answer in Previous Times of Plenty

For those who prepared in advance of all this craziness, good on you. For many years my advice for a baseline of ammunition to have on hand was 1,000 rounds of defensive ammo for your primary handgun, and at least 1,000 rounds for your primary rifle, minimum. When things get bad it is prudent to settle on as few firearms platforms as possible, so having a go-to handgun and long gun platform is ideal, and stocking at least 1,000 rounds for each is wise. This 1,000 rounds each is strictly for self-defense, not range practice, and any that gets used for testing or rotating should be replaced to keep this 1,000 round stock.

For practice ammunition, having one year’s worth was a sound decision as well. For example, if you shoot 5,000 rounds a year, then have that much cheap practice ammo on hand for those guns you practice with. This provides a full year of uninterrupted practice, and, obviously, can be stretched far beyond that as needed if the supply is simply not there, such as our current situation. Few people, at this point, have the luxury to shoot as much as they were before.

The Answer for the New Normal

Obviously, at this moment, if you are trying to stock up on ammunition, these suggestions are not likely attainable for you. If you have recently armed yourself and are worried as to what the future may hold, I suggest buying some ammo despite the difficulty and expense. If you have recently acquired a gun, or if you always had one but failed to buy a supply of ammo in the past, I would suggest biting the bullet (pun intended) and buying at least 200 rounds of defensive ammunition for it. If you can’t find good defensive hollow point ammo, buy the best quality ball ammo you can find, as ball is far from ideal for defense, but it is a lot better than having no ammo. If you have a new handgun, acquire 200 rounds of defensive ammunition for it. If you have a new shotgun or rifle, do the same.

For practice, I urge you to acquire two hundred rounds as well, so that you can get to the range a couple of times, preferably with an instructor or experienced shooter, to guide you. After familiarizing yourself with a couple hundred rounds of live fire, you will need to continue to develop skills with dry fire for the foreseeable future.

Rationing for Shooters with Ammo

If you were switched on enough to buy ammo when prices and availability were at their best, good on you. However, you likely find yourself not comfortable with how much ammo you have on hand. Unless you were a person with unlimited disposable income you probably were not able to buy a lifetime of practice ammo or reloading components. If not, you are probably best off rationing your ammunition.

Dry fire is a must. I can tell you that I only fired, roughly, 1,000 rounds of live fire this past year due to the ammo shortage, as well as a lack of opportunity to get to ranges with the lockdowns. In assessing my skills I can confirm that I did not lose much, even though I typically shoot far more than that each year, and I even got better at certain aspects of my shooting. Why? Because I have dry fired a lot this year. I dry fire almost daily.

For the coming few months, if not years, until the ammo supply comes back, my advice is to acquire what ammo you can, and conserve what you have. Rely on dry fire to enhance your skills, and use ammunition sparingly to test your skills that you are developing through dry fire. For those already well equipped, don’t fall below the 1,000 round minimum of defensive ammo for each platform, and for those starting now, do your best to get 200 rounds of defensive ammo for your new gun, and hang onto it.

Love the question for title? I have advocated to many that to have truly”enough” ammo is to have sufficient quantity on hand to be able to mag-dump at least once in every politician and lawyer in the country. But I do point out that I deem this to be the minimum possible “enough” amount.

When it comes to ammo, “The more the merrier”. One way to expand your ammo supply is learning how to reload. I’ve heard that there are supply problems there as well, especially primers. Still, it increases your options and gives you a second hobby to enjoy when the weather rules out the range.

It is fact that in police shootings with a handgun,the miss % is over 60%. Stress and other factors add into the situation. Not saying the old “spray and pray” viewpoint,but never can have enough ammo. Imagine now a concealed carry citizen in a shootout. Better to have it,than need it and not.