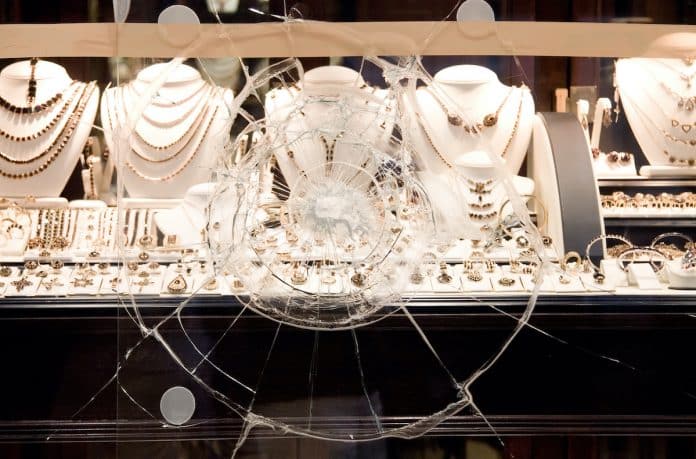 Last Friday afternoon in a suburb of Ft. Lauderdale, FL, two men walked into a jewelry store. One started smashing display cases while the other then gathered up the jewelry.

A store employee then drew his concealed carry gun and shot both suspects apparently in an attempt to stop them. Both men were taken to a nearby hospital, but there was no word on the extent of their injuries.

No charges were immediately filed against the employee.

There was no mention of what the one suspect used to break the glass display cases or if they threatened the employee with harm in any way. This appears to be a simple smash and grab that went really bad for the suspects.

What remains to be seen is if it will also go bad for the employee, and I mean legally. It must be said again. Deadly force cannot be used to protect mere property. It matters not how valuable that property might be.

Some will say that the law allows deadly force to prevent the commission of a felony and in some states this is true, the letter of the law says that but the courts have ruled that the felony in question must involve violence against a  person which just brings us back to straight-up self-defense.

As hard as it would have been to just sit back and watch criminals steal very valuable merchandise from your store, as soon as this employee drew and shot these suspects (assuming there was no deadly force threat against him personally) he put his future in the hands of the county prosecutor who could give him a pass or bring some level of attempted murder charges.

While it is certainly honorable and brave for an employee to step up like that to defend his employer’s property, you have to ask yourself is it really worth the potential legal risks.

From Facebook: David Kennedy This happened very near me. The mall has a no firearms policy. In spite of this, the employee will not face any charges. The Police said that he was in fear for his life, case closed. Since we have our stand your ground law in Florida, he can’t be sued civilly either. Great law.