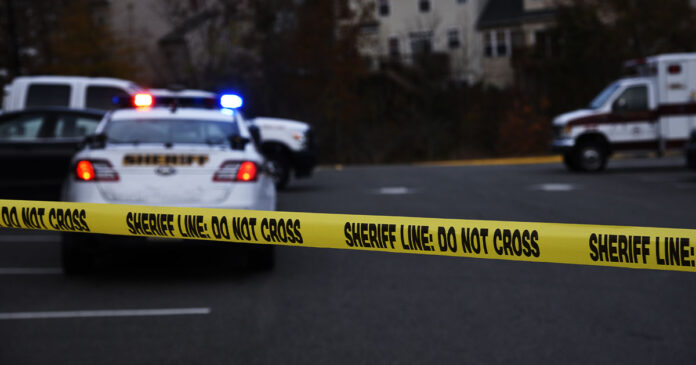 A Texas woman caught a man peeping in through her bedroom window around 11 PM last Friday. In fear of her life, she grabbed a rifle and shot it multiple times through the wall hitting the peeping tom multiple times. He died on the scene.

Police stated that she is cooperating with the investigation, and there have been no charges filed against her.

So was this a justified shooting? I guess in the end, if there are no charges filed, then it will be. But there are a few things we can touch on based on this incident.

But with the man being outside of her home, was he actually a threat at that time? Again, did he have a weapon? Did she see a weapon if he had one? Was he outside of her window with a knife telling her that he was going to come inside and rape her? We don’t know all of these details, but I would assume that could come into play to investigators.

We also never recommend just blindly shooting through a door or wall. The 4th rule of firearm safety is to know your target and what is beyond. You can know any of this if you are shooting through a wall. In this case, the woman hit the suspect, but where would those rounds have gone if she didn’t?

That is a lot of ‘ifs,’ and personally, I wouldn’t want to be in that situation after a self-defense shooting. I think the best advice for someone in this situation is to armed yourself with a firearm, hole up in a room, and call the police. Should the suspect enter the house, you are most likely justified in using a firearm in self-defense.

This is a problematic shooting, at best. Yes, the guy was creepy and the behavior is troubling, but, I don’t think this shooting reached a necessary level of justification. I can see charges. I hope she has one of the best defense attorneys in Texas.

I begrudgingly have to agree with J. Matthew, it’s going to be a tough sell. That said it troubles me because I believe a guy capable of of that behavior is capable of much worse. Does she have to wait until the guy takes it to the next level and then hope to God she can react in time? Where do you draw the line?

If you look at this legally, there are five conditions that must exist and the AOJ triad to consider. So long as he was outside, was she in physical danger? In no story I have read on this does it suggest he had a weapon capable of shooting through the wall or window. Nor do any say he was attempting to break in. She took a “not lethal force event” – starring – to a “lethal force event”. There’s a lot more wrong with this incident as well. Nobody likes it but there are laws. Her best course of action was to take a picture of him with her cell phone, call the police, arm herself and wait on the police. Even if she gets charged, I doubt she will be convicted of murder. But all of us would want to respond, we just know it isn’t legal.

do not see her being justified in shooting through the wall there was no threat as he was outside and she was inside if he got in blow him away, she had time to am I saying this call the police, can not see how she will not be charged.

By Statute Law it is not a legal shoot, but go to trial and no one likes the thought of their mother, daughter, wife getting peeped; so it’s hard to say what a jury will do. Lots of issues with this one.

Jury nullification – https://en.wikipedia.org/wiki/Jury_nullification
Jury nullification, jury equity, or a perverse verdict generally occurs when members of a criminal trial jury believe that a defendant is guilty, but choose to acquit the defendant anyway, because the jurors consider that the law itself is unjust, that the prosecutor has misapplied the law in the defendant’s case, or that the potential punishment for breaking the law is too harsh.
– – –
Do what you know is right.