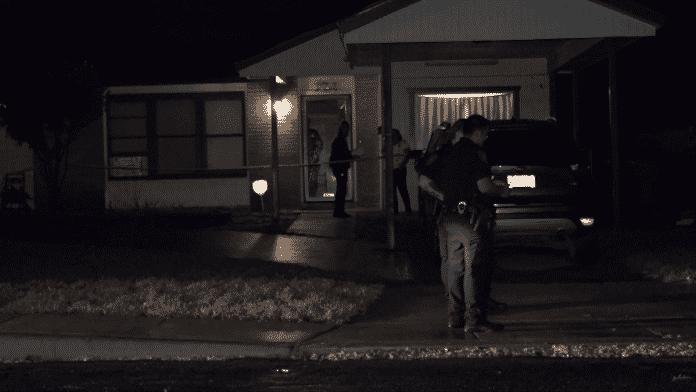 A San Antonio man was awakened a bit after 1:00 AM by the sound of someone breaking through his front door. He accessed his gun and confronted the intruder. Somehow a scuffle ensued, and the gun was discharged once, but no one was hit.

When police arrived, the man was found holding down the intruder who was then taken into custody. The homeowner was taken to a hospital with deep cuts on his head. Original story published at NEWS4SA.

We don’t have a lot to go on with this one, but it is an example of something we all want to avoid, if at all possible, and that’s getting into a physical struggle with an attacker. Distance is always our friend in any defensive encounter, and going “hands-on” is never a good idea.

We don’t know how the discharge happened, but it’s not unreasonable to assume that there was a struggle for the gun. Maintaining control of your weapon is of absolute paramount importance during any encounter, which is again why we must never allow an attacker to close distance on us.

Investigating a bump in the night is one thing, but if you are awakened to the sound of your front door being broken in often, a better strategy is to arm yourself and stay put in your bedroom, take cover and watch the door. Any attacker is going to have to come through that door, and you can be ready with loud verbal commands and your firearm if necessary. If they are just going after your stuff, let them know the police are on the way but stay in a defensible position.

Fortunately, this homeowner won the fight even though he suffered injuries requiring a trip to the hospital.