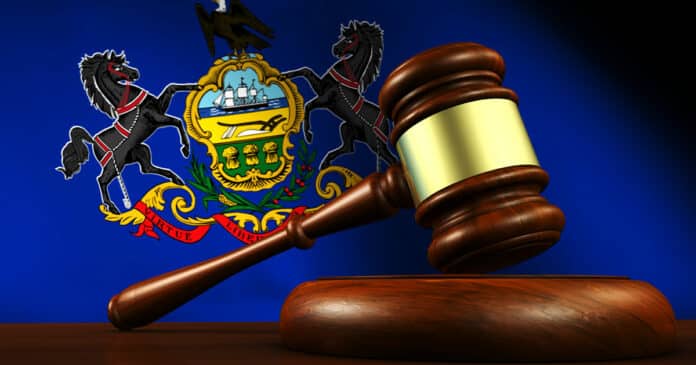 House Bill 659 was passed by Pennsylvania lawmakers the past week through the House Judiciary Committee. It will be reviewed on the House floor, which would allow residents to conceal carry without a license.

On the opposite side, there is a push by Democrats to create a 72-hour waiting period to purchase a firearm. With HB 659, State Rep. Aaron Bernstine (R) says there is still bipartisan support for the measure.

“House Bill 659 defends the rights of the citizens in our Commonwealth,” said Bernstine. “Those Pennsylvanians who follow the law each day should not be punished or hindered if they choose to carry a firearm.” via PATCH.COM

Bernstine also adds that removing the license requirement removes an artificial barrier to residents’ rights to bear arms, ensuring more of its residents the ability to protect themselves in public.

On the surface, it seems as though permitless carry can pose a risk for the average citizen. Gun control groups against these measures like Cease Fire PA state, “If enacted into law, Pennsylvanians would be more vulnerable to the tragedy of gun violence.” With the argument of more gun violence, the bill really makes sure the helpless are not rather defenseless.

If you think about it, permitless carry actually does a lot to benefit a law-abiding citizen who does not have the means to purchase a license, let alone endure the waiting period of receiving it. Ironically Pennsylvania is one of the states with the least amount of steps to obtain a concealed carry permit. Pennsylvania only requires residents to submit an application and undergo a background check. This bill would make it even simpler. Not all other states are as simple, though, as there can be requirements of a certificate of training on top of longer waiting periods.

House Bill 659 further does for Pennsylvania residents what the 2nd Amendment is for. So long as these citizens are educated on the safeties and dangers of firearms, they should not be hindered from the right to protect themselves. It cannot be said for all other states, but this bill makes things simpler arguably than they already are in Pennsylvania to carry a firearm and allows more people not to be rendered helpless.

If enacted into law, this bill would not allow the same type of carry in other states. Pennsylvania residents would still need to obtain a license to carry in reciprocating states. The bill was passed through committee 14-11 and awaits consideration on the Pennsylvania House floor.