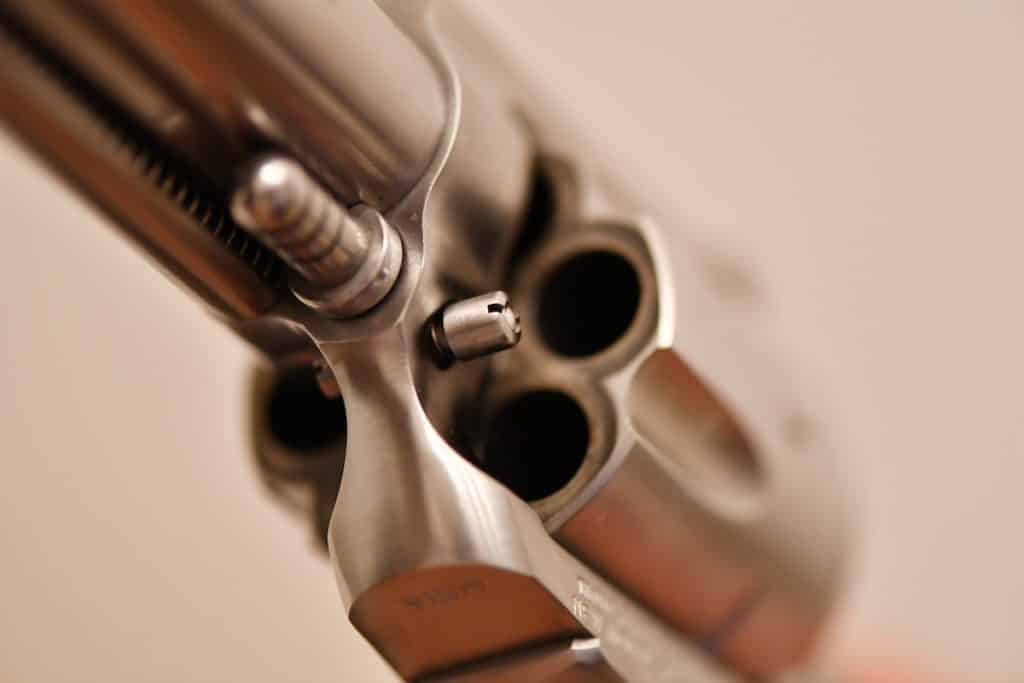 The polymer frame striker-fired auto-loading pistol dominates the current era of defensive firearms. I think there is a good reason for this. I carry one almost every day. The older all-steel technology of classic handguns is by no means obsolete, but the modern plastic pistol has a lot going for it, particularly concerning capacity-to-weight ratio. A modern full-size gun in this class will hold between 15 and 19 rounds of 9mm and weigh in well under two pounds. So, if capacity is king, where does the medium frame revolver of yesteryear fit in? An all-steel mid-size revolver that has a cylinder capacity of only 6 or 7 rounds in a package that typically weighs well over two pounds seems quite antiquated.

Is a Mid-Size Revolver Still Useful?

First of all, in this discussion, I wish to address the usefulness of what we can refer to as mid-size revolvers. The small frame revolvers such as the Smith and Wesson J Frame guns, particularly the light-weight variants, are mainstays in concealed carry and that will not change anytime soon because they are entirely functional for what they do. But what about mid-size revolvers? Is there still a place for guns such as the Smith and Wesson K or L Frame, which weigh far more and are bulkier than any auto that holds more ammunition? I think that a revolver that holds 6 or 7 rounds of 38 special or 357 Magnum ammunition is an ideal gun for the “non-interested” home defender. This flies in the face of modern doctrine that suggests a high-capacity auto-loader for home defense. However, I will explain my reasoning:

America is awash with mid-size all-steel service revolvers, many of them police trade-ins from several decades ago. Of course, many new revolvers are still being manufactured. I am convinced that this class of handgun is ideally suited for the sock drawer of non-interested home defenders all across the country. When it comes to home defense, most experts suggest a full-size high capacity pistol. After all, a dedicated house gun does not have to be limited in size to accommodate concealed carry. Also, while rare, bad home invasions do happen which involve multiple armed perpetrators. Therefore, why on earth would we want anything other than a full-size, high capacity, combat handgun with a light mounted on it? Or better yet, a long gun. But here is the thing to consider: probably everyone reading this article is to at least some degree a gun person. But, to what extent is the average American a gun person? Despite having a vast gun culture in America, the majority of citizens are not even remotely interested in training with firearms. Does an autoloader best suit their needs?

What kind of home defense gun should grandma have?

Let’s take a quintessential example of the non-interested home defender: an elderly lady that lives alone. She wants something for protection in the home, and since you are the family gun person, she asks you to set her up.

You force grandma to the range to shoot it, which she only does under protest, of course, and now the Glock 17 goes in the dresser drawer, never to see the light of day again unless there is a home invasion. So now our high capacity auto sits for years in the drawer, wholly forgotten about unless at some point there is an emergency.

So, if grandma needs her wonder-nine eight years after her one forced range visit, how are things going to play out?

Will it be nice for Grandma to have 17 rounds of cease-and-desist on tap?

But what happens when grandma is under the stress of facing home invaders and grabs her combat handgun and upon firing the first round accidentally actuates the magazine release and dumps the magazine on the floor of the dark bedroom?

In every single competitive match I have participated in I see at least one or two participants inadvertently dump a magazine. Why? Because they are under competitive stress. And these guys are a lot better trained than your grandmother. If they do it under the pressure of a match, do you think Grandma might do that under the stress of a violent attack?

What happens when grandma, due to her trembling hands and complete lack of training, limp-wrists the auto and it does not feed the next round? I bet she is not so well versed in malfunction clearance. What happens if that auto, after eight years of complete neglect, is bone dry of lube, has some rust and a ton of lint debris, what happens when she pulls the trigger? This is where the mid-size revolver shines. The idea that revolvers are inherently more reliable than a good modern auto is a misnomer. Revolvers have their share of problems. However, revolvers are more immune to neglect. They are also more fool-proof in operation.

A revolver can sit in a drawer for twenty years and as long as it is reasonably dry odds are it is going to go bang. Probably for the entire cylinder. If a round or two fails, just pull the trigger again. No need to clear a malfunction. There is no reciprocating slide to be forced out of battery. There is no magazine latch or slide stop for an unskilled person to accidentally obstruct. The revolver is point and shoot. Granted, it is harder to shoot for most, especially novice shooters. But it will fire, and if the ammunition is not faulty, it will fire the whole cylinder.

Yes, there are only 6 or 7 rounds. 17 rounds would be better. But a gun that will go bang no matter what for 6 or 7 rounds is better than one that will go bang once before the magazine hits the floor. For you, the shooting enthusiast, the full-size auto is the way to go, unless you just prefer revolvers. But for grandma and the masses of un-interested home defenders? I think the mid-size revolver thrives in this role. New shooters typically do better with an auto as the heavy double action trigger of a revolver is challenging, but does better marksmanship mean much if the gun won’t fire due to the very real chance of user error?

There is one word of caution: for older and weaker people be sure that they can pull the trigger. An old person may lack the strength to the point that they have trouble with the heavier pull weight of the revolver. However, midsize revolvers are capable of better trigger action than most of the small frame guns, and if this is not an issue, I think the attributes of the mid-size wheel gun outweigh the negatives. The reality is the vast majority of instances in which a victim resists with a firearm they prevail, no matter the odds. Six for sure is better than one or none. For the untrained person, the gun that goes bang is better than the superior fighting gun that fails in their hands. Think about it. While it may no longer be the gun of choice for American law enforcement or concealed carriers, I think the mid-size revolver belongs in a lot of sock drawers.

I keep a mid-sized all-steel revolver handy in the house. It’s a Rossi Model 971 with 4 inch barrel. Solid, dependable, accurate. Even my wife is comfortable with it, and for that reason alone, it is staying in service as a house gun!

I have a small caliber 4″ barrel in the house too. All who live here have been to training, (professional) on how to use it safely and accurately.

My Governor (OK, it’s a tad bigger than mid-size) is perfect for me. I have the first two rounds set for 410 shot followed by 4 .45’s if necessary but I think the shotshells would have the intended effect.

In most tests I’ve seen, you’d be better off with a good 45colt cartridge.

We have two revolvers, one of which resides in a hidden location in the house as an emergency grab and blast in the event something untoward happens. My wife hates the thing and would rather rely on her Beretta 92, but it does work and she can shoot it.

If you hit what you’re aiming for, high capacity won’t matter, especially with larger caliber guns. A 357 is pretty effective.

You also forget that for every 10 shooters, there is always at least 2 dumbasses, no matter how well they shoot.

I can see Salvatore’s point , but must partially disagree . My original CCW ensemble included the Ruger GP-100 . I carried it every day, usually as backup unless, on very rare occasions, I forgot my Ballester Molina …Also with my Taurus 85 as pocket gun. It also did house duty .