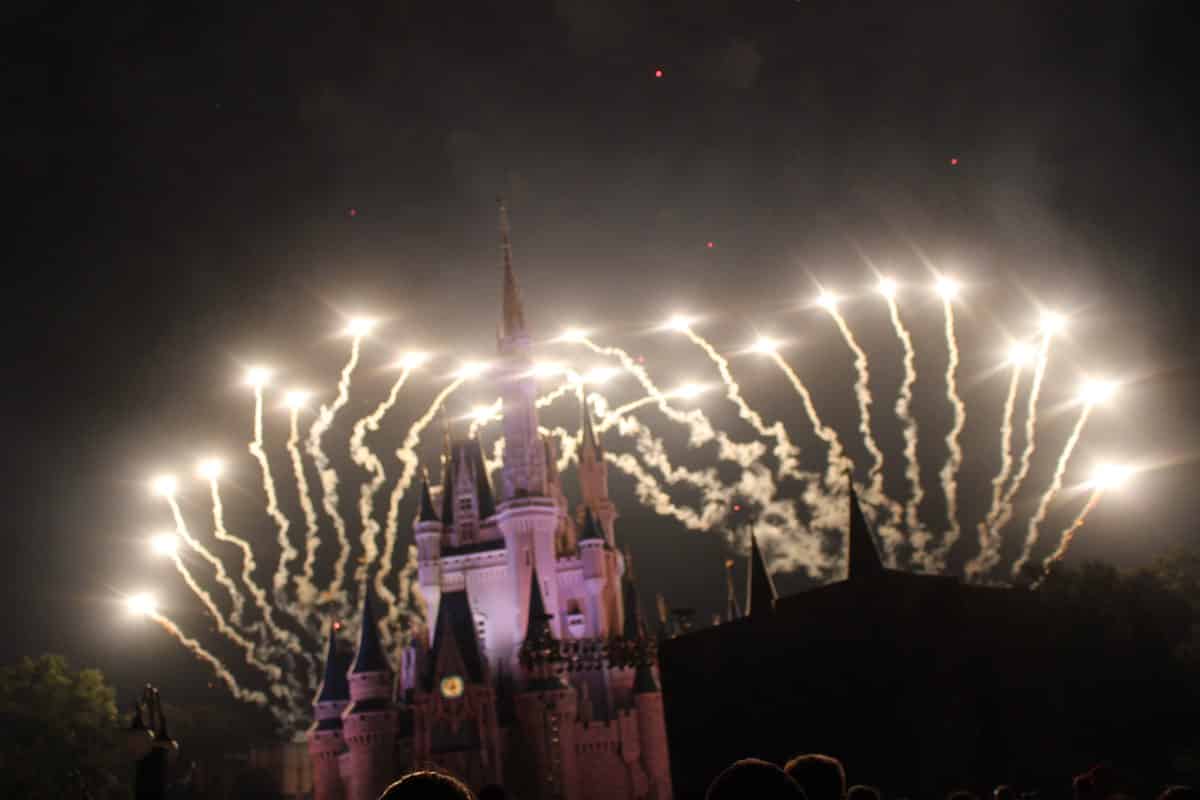 It’s hard to overstate Disney’s role in American life. President Johnson praised Uncle Walt for creating “an American myth.”  I would imagine that just now most of us have seen the new Star Wars movie—produced under Disney’s auspices. The Mouse looms large in our culture, and with good reason.

A staggering 132.5 million folks visit Disney parks worldwide annually. With numbers like these, security becomes a huge concern. And to be fair, Disney’s been proactive in addressing it, recently making the decision to install walk-through metal detectors at the entrances to their parks. Upon reading this news, I started thinking about personal security at Disney and similar parks. What steps can we take to keep ourselves safe while having the time of our lives?

Research validated my instinct: Guns aren’t an option.  Disney policy prohibits “weapons of any kind, or objects that appear to be weapons (also including toy blasters, squirt guns, etc.)” (To be fair: the same policy also prohibits selfie sticks.) Thankfully with a little creativity, you can find plenty of options for self defense while staying within the relevant rules and laws.

“Stay alert, stay alive” was the mantra that brought many a veteran home safe from Vietnam, and it holds true today. Simply staying aware of your surroundings and the folks moving through them goes a long way toward heading off trouble at the pass.

This is a house of many mansions, and I’m hesitant to recommend a specific school/style/discipline. I can say, however, that anyone can learn the basics of hand-to-hand combat fairly easily, and with a little effort you’ll be able to handle the sorts of problems you’re likely to face. Remember that the idea is to get yourself to safety, not to be Bruce Lee or vanquish your foe in pitched battle. Heroics are for the movies.

They are everywhere: broom handles, glass bottles, a roll of coins or a cup of hot coffee all have potential that can be tapped into on the fly. A fun situational awareness game involves spotting the potential weapons around you—and you can start practicing today!

While not weapons, strictly speaking, there are plenty of things one might carry that can serve that role. I have a dear friend who swears by his tactical pen, which has proven to be a good friend in many a tight spot. A simple walking stick can be a powerful tool. Disney explicitly prohibits mace, pepper spray, tasers, and stun guns—but you still have options. Do some research and find what works for you.

Whether or not disaster strikes, having a plan can make life easier. Make sure your group has the means to communicate. Established a meet-up point if you do get separated. Agree to check in face to face at regular intervals. Hydrate. Use sunscreen. Remember where you parked. Know where the exits are. These are basics, but the basics go a long way.

I should point out that these are all contingency plans—Disney parks are typically very safe for their guests, and I suspect your trip will go smoothly. If you do make the pilgrimage to the happiest place on earth, I hope you’ll have fun and share your experiences either in the comments or via email So until then, stay safe out there—and say hello to Mickey for me.

How to stay safe at Disney, don’t go there and don’t give money to gun grabbers. They even fire employees with carry permits who leave guns in their cars which is a violation of state law. If you are a big enough company it seems the law doesn’t matter.

Technically Florida law prohibits an employee of a company that produces explosives (Disney’s Fireworks) from keeping a firearm in their car. So technically the employee could be charged with a 2nd degree misdemeanor.

Actually….
1. Disney does not “produce” fireworks, they purchase and use fireworks. Those Cast Members that use said fireworks are ATF license certified. That certification states they can’t carry a firearm in COMPANY vehicles at any time. NOT in their personal vehicles.
2. Disney has fired cast members in the past for having licensed firearms in their PERSONAL vehicles, have had complaints filed thru the unions there and those cast members have gotten their jobs back WITH back pay, and “encouraged” to not have their firearms in their vehicles, but Disney can not tell you that you can’t have it in your car anymore.

I have to ask a seemingly obvious question, how would Disney know that employees have guns in their cars? Do they do random searches?

I am making about $6k-$8k every month from freelancing online. If you are looking to do simple online work for several h a day from your house and make good paycheck for doing it… This is perfect for you… SELF98.COM

Plastics are your friend. Daggars, batons, spikes all come in plastic and fiberglass varieties and no metal involved.

Just what are the crime statistics in Disney?
Price (above all, keeps the elements out), impenetrable walls, moats and fencing are the # 1 deterrent against crime at Disney. Sounds hypocritical describing a left wing institution doesn’t it. Oh, I forgot to mention the fairy dust. Watch out for that in the restrooms.

As someone who has been to DW about 12 times let me tell you while crime is not nonexistent it is severely limited. The first few times we went we were shocked to see how many people would leave all their expensive stuff behind in a stroller in an area where hundreds of people an hour did the same. Add on to that the fact it would be somewhat difficult to drive a car through a gate and get to the park and you have a little security, add the bag checks and you have more. Is it impossible to smuggle something dangerous in, not at all. Do I find it a fairly unlikely spot for a school shooting style attack, hmm yes, would say odds are lower than say the mall or a theater.