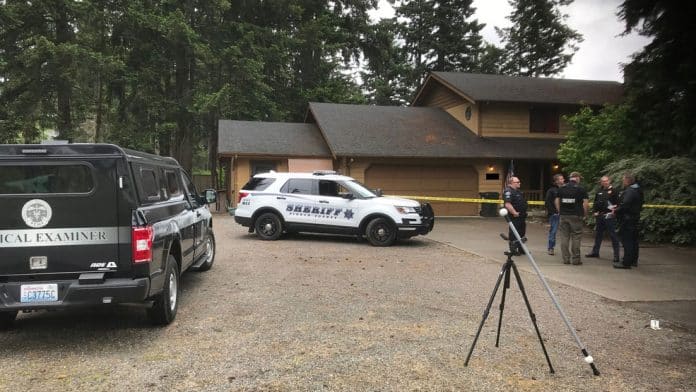 Imagine waking up very early in the morning to the sound of someone rummaging around in your home. A little before 5:30 one morning, a suspect apparently used a stool to gain access to break a window and gain entry into an elderly woman’s home in Elk Plain, Wash.

The suspect was not known to the residents.

It’s hard to imagine that someone could break a window in a home and manage to get inside and be poking around before anyone was awakened but that’s apparently what happened. This makes the case for having a dog or some type of alarm system to provide early warning of an intruder. Such things that make noise could also stop someone from entering the home at all.

Ideally, you’d want to be in a position to defend yourself before someone is able to enter your home but either way your firearm needs to be close at hand. This mom and son didn’t go to bed expecting this to happen that night but the son was prepared enough to keep his mom safe anyway.