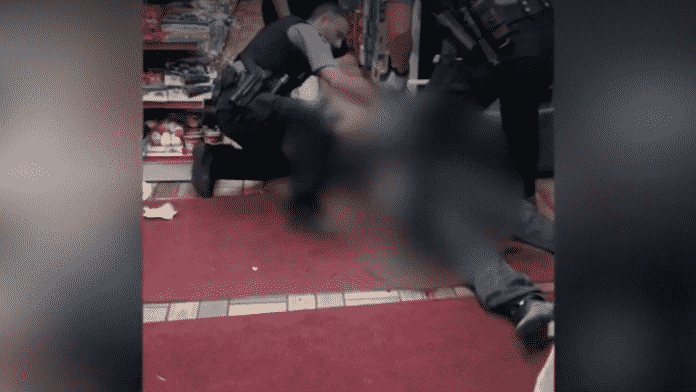 Earlier this month on Saturday night, just before closing, two armed men entered a smoke shop in south Minneapolis and tried to rob the place.

An employee who was carrying concealed that night drew his weapon against the robbery suspects. Fortunately, they then fled the store with only a few cartons of cigarettes. The employee gave chase and fired at the robber’s car as it drove away.

About a mile away from the smoke shop, one of the suspects stumbled into a convenience store. He had been shot by the smoke shop employee. He was taken to a hospital and treated for non-life-threatening injuries.

This sort of thing happens all too often with concealed carriers. They face a legitimate life-threatening situation, use their weapon to defend their life, and then make the very poor decision to pursue the attacker after he has fled.

It is way too easy for the initial “fear for their lives” feeling to turn into “how dare you try to do this to me” anger once the threat is over and the attackers have left. To put it another way, the situation goes from self-defense to “I’m not going to let you get away with this”.

First of all, drawing from concealment on an attacker whose gun is already out is a very risky move but then pursuing and firing after the threat to your life is over is courting some potentially very serious felony charges.

The right to use deadly force to defend your life ends the moment the deadly force threat against you ends. Shooting at an attacker while they are fleeing the scene is not self-defense. It looks a lot more like revenge. And that will not play well in front of a jury.