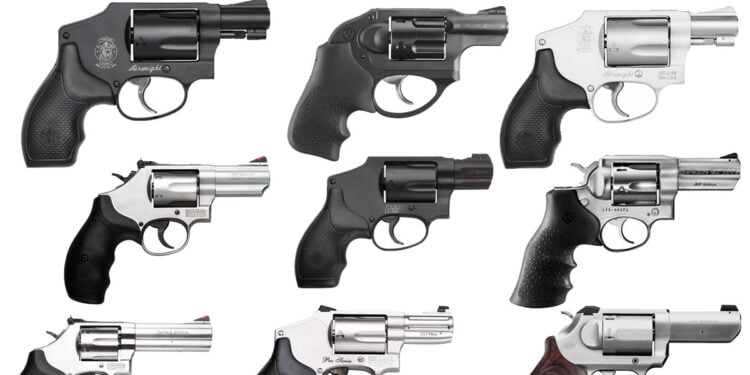 Revolvers are considered antiquated technology by many, but they remain alive and well for good reason. Revolvers maintain a simplicity of operation that is beneficial for many, and they prove resilient in terms of withstanding neglect. For concealed carry in alternate modes such as pocket or ankle, revolvers offer a high level of reliability. For the individual who wants to keep a handgun at the ready in the home but is not a shooting enthusiast, medium-frame revolvers make good sense as they hold up well to sitting, neglected, in a drawer. With that said, what are the best revolvers on the market for home defense and carry? 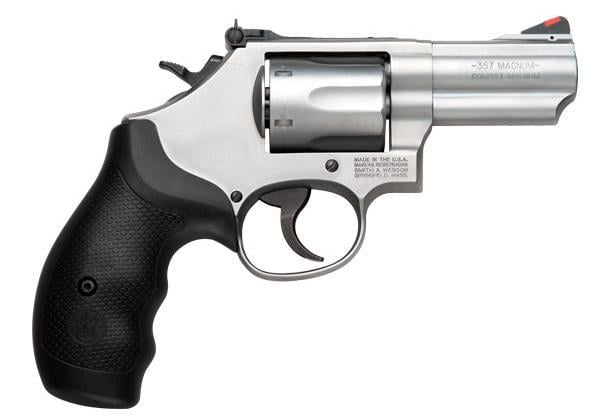 Reintroduced several years ago, the Smith and Wesson Model 66 was first introduced in 1970, and it was based on the original “Combat Magnum” as devised by none other than gunslinger Bill Jordan. The Model 66 is a K Frame Smith and Wesson revolver, and these guns prove both large enough to shoot well yet still work for concealed carry, if you are willing to do so. K Frame revolvers are exceedingly versatile, especially in a three-inch barrel configuration. If you were to have but one revolver to both protect the house and carry, a S&W Model 66 with a three-inch barrel would be hard to beat. 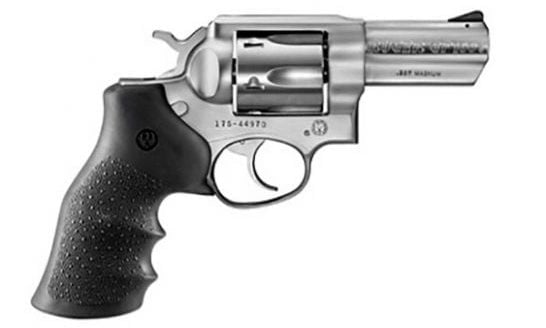 The Ruger GP100 is a direct competitor to both the Smith and Wesson K and L Frame revolvers. The GP100 is larger than a K Frame and is roughly equal in size to an L Frame gun. This is a hefty revolver that some enthusiasts certainly carry, but most would find it large and heavy for concealment purposes. However, it is a great choice for a home defense revolver. The GP100 can be had in three, or four-inch barrel configurations, and it can also be found in seven-round cylinder variants. A seven-round GP100 would make an excellent home defense revolver. 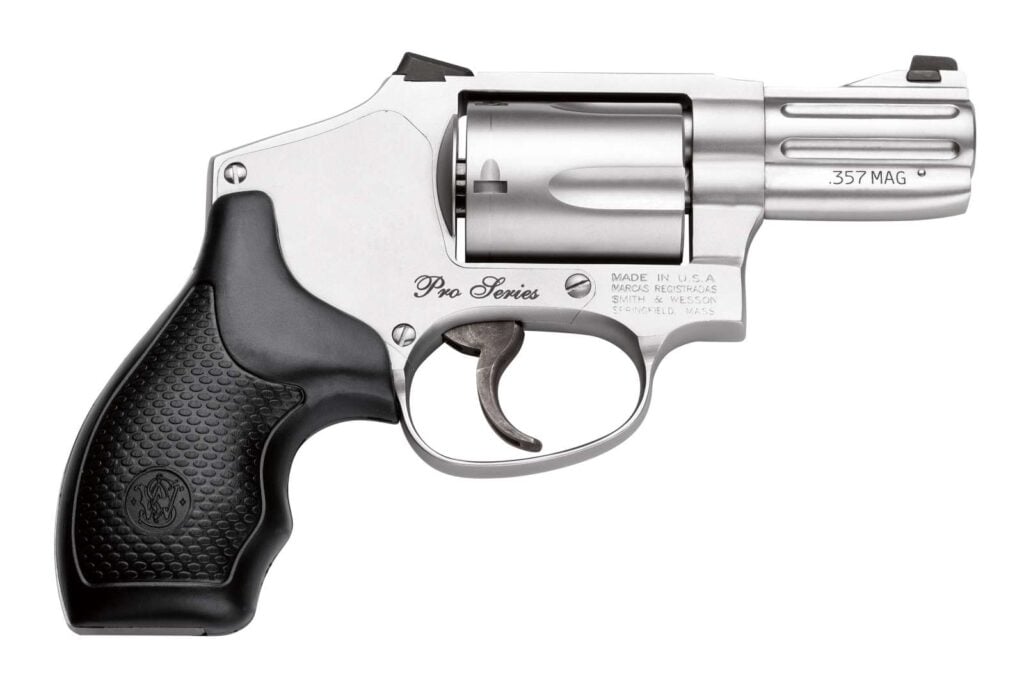 Roughly the same size as the aforementioned GP100, the Smith and Wesson Model 686 is a great do-it-all revolver, though a bit big for concealed carry. Again, however, it makes a fantastic home defense revolver. With some work done, these revolvers can have good triggers, and the 686 is also available in seven-round configurations. While I prefer an autoloader for my bedside home defense handgun, if I was confined to a revolver for such duty, a Smith and Wesson 686, with a three-inch barrel and a seven-round cylinder, would be my choice.

This all-steel J Frame revolver is hardly renowned for being light in weight, as it tips the scales at over twenty-two ounces compared to the roughly fifteen-ounce Airweight J Frame models that prove far more popular for concealed carry. While minimal weight is an asset for carrying concealed, the added weight of this all-steel gun is of enormous benefit for shooting. If I were to only carry J frames, this would be my choice for training and for belt carry, as the weight does not bother me in that carry mode. The 640 Pro Series is probably Smith and Wesson’s finest factory J Frame. 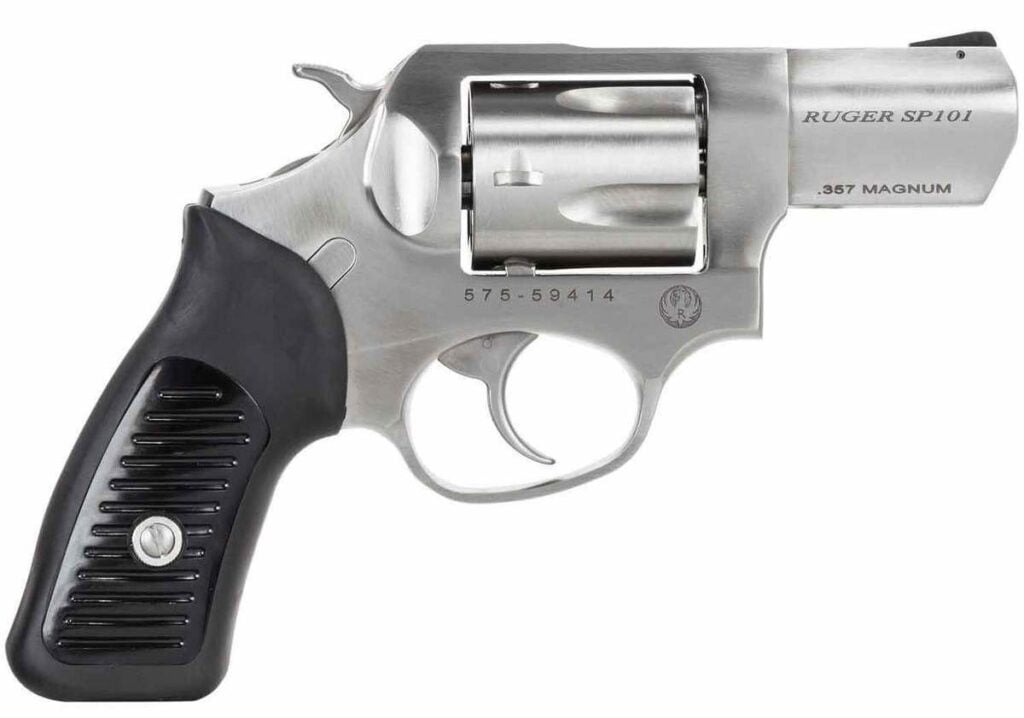 The Ruger SP101, in the two-inch barrel configuration, is very similar in role to the aforementioned Smith and Wesson 640 Pro Series. The SP101 is slightly larger and slightly heavier, weighing roughly twenty-five ounces. Again, however, this added weight makes this small revolver much easier to shoot compared to the lightweight variants. The SP101 has a rather dreadful trigger pull out of the box, as do most J Frame revolvers, but with just a change in the main spring, the SP101 can be blessed with a good trigger, perhaps the best among such small-frame revolvers. The SP101 is certainly built like a tank, and if you are so inclined to actually carry 357 Magnum in a small-frame revolver, the SP101 would be my top recommendation. 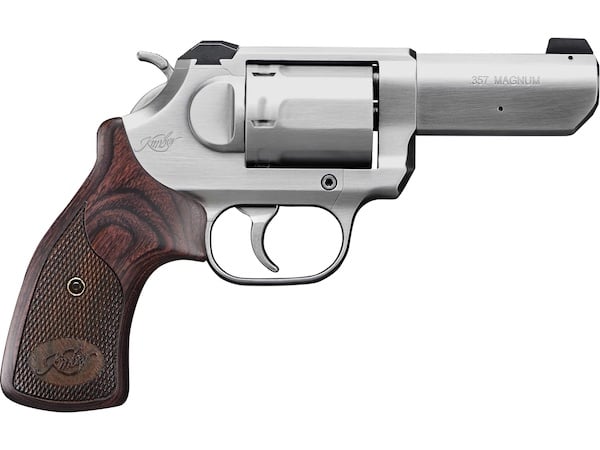 The Kimber K6S revolver is a newcomer compared to the well-established Smith and Wesson J Frame and Ruger SP101, yet it proves similar in size and weight to these other all-steel revolvers but offers six rounds of 357 Magnum or 38 Special compared to only five. As of this writing, the K6S proves to be the smallest six-round (of 357 Magnum) revolver on the market. It also has a good out-of-the-box double-action trigger. My only reservation with this gun would be the fact that it is a lot newer to the market, though most reports seem to indicate that they are proving reliable. The fact that it offers six rounds at the same size and weight as the comparable Smith and Wesson or Ruger guns is certainly appealing. 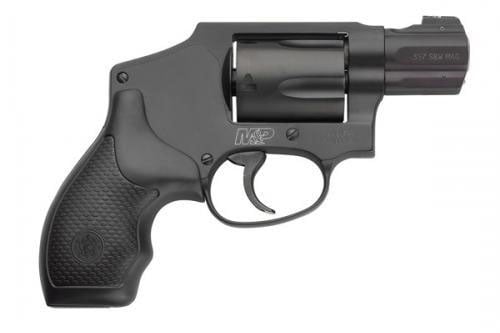 This particular revolver is a favorite among many who prefer the small revolver as a backup gun or strictly as a deep concealment option. At only 13.5 ounces in weight, yet capable of chambering 357 Magnum rounds, this revolver is exceedingly light yet powerful. Shooting magnum loads out of such a lightweight gun is no joke, and I prefer and suggest shooting 38 +P rounds only in such revolvers. The 340 M&P has some advantages over the more common Smith and Wesson Airweight models, such as being slightly lighter and offering the ability to change front sights. However, those features come with a significantly higher price tag. 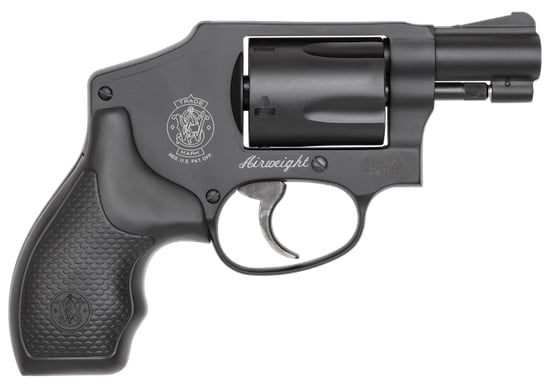 The Smith and Wesson Model 442 is an aluminum framed J frame revolver that is a popular choice among concealed carriers who favor revolvers for deep concealment. The J Frame Airweight models such as this are very popular as they prove much lighter in weight than the all-steel J frames and much more budget-friendly than the scandium frame guns such as the aforementioned M&P 340 model. With that lightweight, however, comes significant recoil. Still, for the purpose it serves, Airweight J frames are hard to beat. 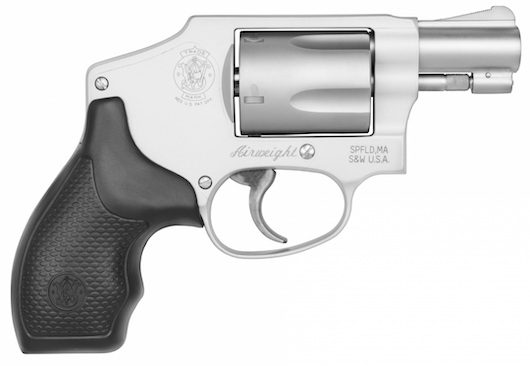 In terms of popularity, the Smith and Wesson Model 642 is the Glock 19 of small revolvers, though it is essentially the same gun as the model 442, but in a stainless finish. This option, however, proves significantly more popular than the model 442. Being an Airweight model, it only weighs a little over 15 ounces, making it exceedingly convenient for deep concealment carry in a pocket or on the ankle. 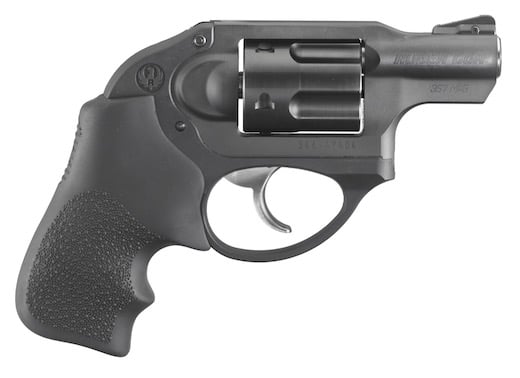 While full-size steel revolvers tend to make great house guns but live in the holsters of only a few wheelgun enthusiasts, small and lightweight variants of revolvers remain exceedingly popular for carry. For those who choose a small revolver as their deep concealment option, this author remains biased towards the Ruger LCR chambered in 357 Magnum, though loaded only with 38 Special or 38+P ammunition. The LCR is roughly the size of the Smith and Wesson J Frame guns, but it tends to shoot softer than the air weight J Frames. The seventeen-ounce LCR that is chambered for magnums makes shooting 38 Special ammo quite comfortable, comparably. The LCR trigger also proves much lighter and smoother out of the box than the J frame guns. For a deep concealment revolver, this is a great choice and my top recommendation.

There you have it. While this is by no means an all-encompassing list of every good revolver out there, you will likely find that the choice of most knowledgeable wheelgunners falls within this list.