A few people have mused at some point that top-break revolvers would actually make more sense as a defensive pistol than swing-out cylinders. They were also one of the most popular designs well into the 20th century but eventually were phased out.

Because they became obsolete, mostly due to changes in ammunition.

The Top Break Was Formerly A Dominant Revolver Design 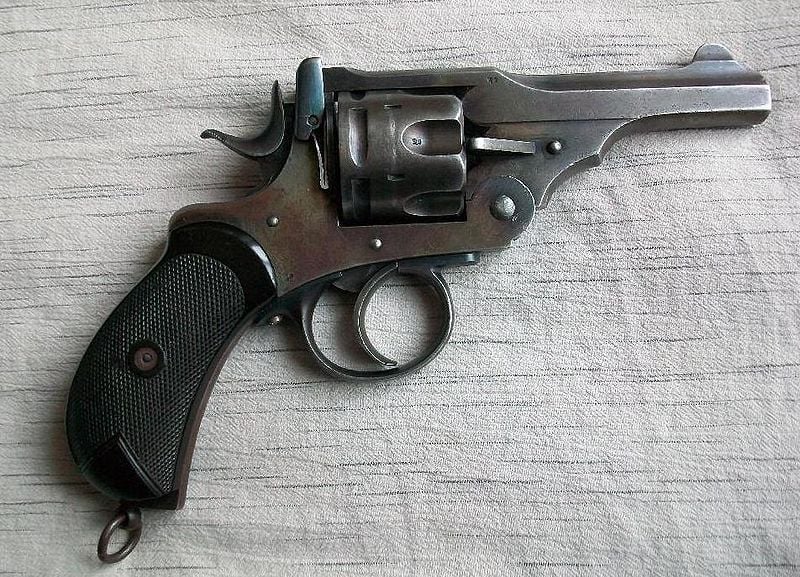 After the advent of cartridges, the two dominant revolver designs were the fixed-cylinder (Colt Single Action) and the top-break, which was first devised by Smith and Wesson in the third generation of the Model 1-½ in .32 S&W. (Previous models were actually tip-up.) The Model 1-½ was a vest-pocket gun, intended for concealed carry, as was the Model 2 Single Action (different from the Model 2 Army; another tip-up) in .38 S&W.

Double-action operation arrived in the late 1880s, Smith and Wesson came up with the Safety Hammerless, a DAO revolver with an internal hammer and a grip safety, which was popularly known as the “Lemon Squeezer” and stayed in production into the 1940s.

A host of other companies followed suit. One of the best-known was Iver Johnson, whose Safety Automatic and Safety Hammerless double-action top-break pistols also introduced the transfer bar and an integrated trigger safety – almost a century before Glock thought of it.

The Brits weren’t far behind, most notably with Enfield and later Webley and Scott revolvers. The latter became a commonly-issued service pistol throughout the British empire into the 1970s.

The party piece was the self-extracting cylinder. When the hinge is activated near the rear sight, the extractor pushes the cartridges out as the cylinder is pushed forward. Cartridges can get cleared and the cylinder reloaded in a hurry, especially if one carries a model compatible with moon clips such as the later Webley revolver models.

Though a person can get pretty fast with practice using a speedloader or moon clips, a top break makes this process even faster. For the civilian carrier, that’s pretty advantageous. Why aren’t they really a thing anymore?

Smokeless Powder And Modern Case Lengths Are Not Compatible 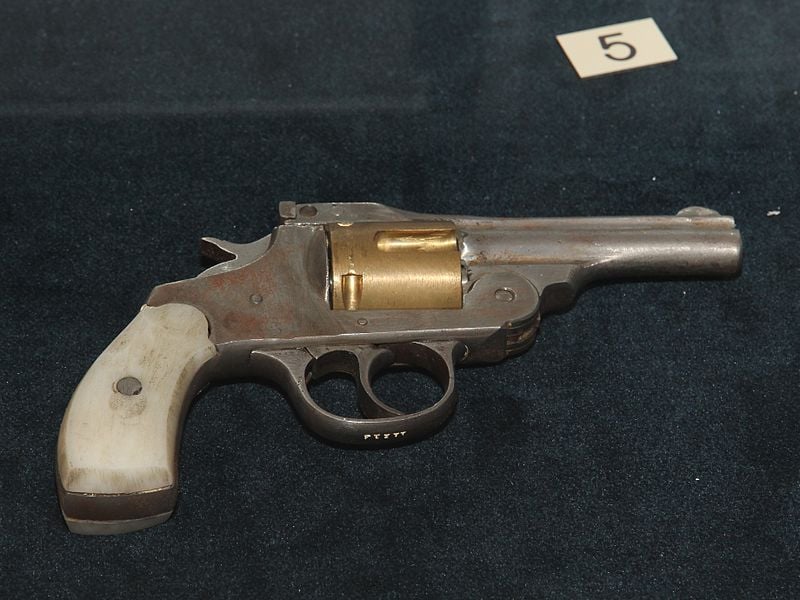 Two factors did in the top-break revolver: smokeless powder and case length.

The first factor is that smokeless powder produces higher chamber pressures than black powder does on a unit-by-unit basis. That’s why you can’t use modern ammunition in those repro revolvers that assert to chamber .45 Colt, .357 Magnum, .38 Special and so on.

The rounds that the old top-breaks were all chambered for back in the day had lower velocities and lower chamber pressures than pistol rounds of today. Since the frame actually separated, there isn’t sufficient structural rigidity to handle the high pressures of today’s ammunition.

Pressure levels that most top-breaks are capable of handling on a regular basis top out below 20,000 psi. Today’s magnum revolver rounds generate more than 25,000 psi of chamber pressure and in some cases, close to 40,000 psi.

Longer case lengths were also known to be problematic for top-break ejectors. The longer the case, the harder it is for the case head to clear the rear of the cylinder upon ejection. In service-size pistols, that isn’t an issue as the Webley revolvers chambered cartridges of typical size. Then again, the Webley was a service pistol roughly comparable to an L-frame. In compact revolvers, the top-break just doesn’t work as well unless a very short cartridge is used.

Most people looking for a revolver these days either want a snubby .38 Special for concealed carry, a .22 for plinking or small game, or a magnum for defense or hunting. Top-break revolvers don’t work as well for the former role given the case length in the small calibers and pressure generated by the +P rounds most carry, and can’t work in the lattermost role.

That said, there are still a few about for curious person. The reproduction companies make reproduction Model 3 revolvers, some even in .38 Special and .45 Colt, which you can actually find ammunition for. They are best used with cowboy loads but can withstand the lower end of standard pressure ammunition, so they will definitely work as a nightstand gun.

The Four Safety Rules are for Fighting, Not Just Range Safety