Why I Carry a Concealed Firearm 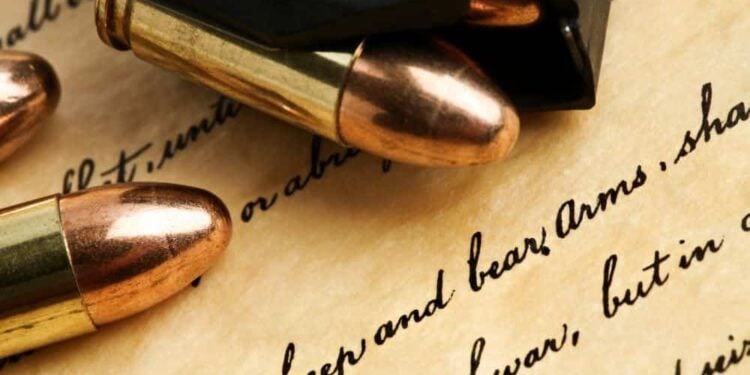 Why I Carry a Concealed Firearm

Although I served 30 years in the military and am trained in proper use of guns, I do NOT have an aggressive, macho “commando complex” that influences me to seek out danger and confront others physically or with force, which would make me one of the worst kind of predators. Although trained and prepared, I have not used a gun on anyone and actually do NOT have any desire to use a gun on anyone and pray I never have to draw it for any reason. I want to avoid and retreat from danger and strongly believe in the power of deterrence and peacefully and rationally talking through differences to solve problems. Only as a LAST RESORT, I want to be prepared to defend myself with a gun when attacked or threatened with death or serious physical harm. I don’t place myself in dangerous situations or go places where I think danger may be present. In other words, my primary form of self-defense is AVOIDANCE of potential danger, NOT confrontation. I accept that retreat and leaving a dangerous or potentially dangerous situation is usually the best form of defense. This is NOT a sign of WEAKNESS and does NOT make me a coward or a wimp… or irresponsible. This is a disciplined, rational, intelligent win-win way of THINKING and peacefully resolving conflicts and problems. However, I am PREPARED to respond with force as necessary and without hesitation as a last resort, if necessary to protect lives and great bodily harm from predators.

I have Confidence in who I am, my abilities to reason through difficulties, my decision-making and firearms skills, and trust in my God. I know I can “hit the side of the barn” with my accuracy, if necessary. I have never in my life felt unsafe or afraid in any of my daily activities or travels in any place I have lived or visited in the U.S. I don’t constantly look over my shoulder in fear and don’t carry a concealed firearm because of fearful suspicion or paranoia.

Aside from the usual accusations (like some mentioned above) against people who carry concealed firearms, then why do I carry one? I carry BECAUSE:

1. It is a right afforded to me by the U.S. Constitution and the State of Florida. It is afforded to me by Florida Concealed Carry law statutes that law-abiding citizens should never have had to fight for. Nonetheless, it has been hard won through long and expensive legislative action to develop what we have today. It is a right and the more of us who obtain the license and legally carry guns for lawful and prudent use, the harder it will be for controlling politicians to reverse it in the future.

2. It is my duty and responsibility to take advantage of a right afforded to me by what I believe was the guiding hand of an almighty God in the framing of the Constitution of the U.S. and the Bill of Rights to defend myself and my loved ones.

Some say a Christian or other religious folks should not own or use a weapon in self defense. There is no support for this in the Holy Bible and it differs from the second amendment to the Constitution. Skeptics and people determined to disparage Christianity and religion in general refer to “Thou shall not kill” (in the King James version of the Holy Bible in Exodus 20:13.) In virtually all modern interpretations and versions of the Bible and the Ten Commandments, it is translated as “You shall not murder” and does NOT refer to self defense or war. Peter and other disciples carried swords daily for self defense against robbers, wild animals, etc. Jesus acknowledged their possession of weapons (2 swords), but never told them to give them up (Luke 22:38.) Christians and others who believe that the U.S. Constitution was framed (including the Second Amendment) under the guiding hand of an almighty God, have an obligation to train with, obtain, and lawfully keep and appropriately use firearms to protect themselves, their families, their country, and their beliefs.

3. Law enforcement officers (LEOs) must help prevent crime, detect and investigate it when it happens, and enforce laws that have been broken. They certainly deserve our utmost thanks and appreciation, however the large majority of LEOs’ duties are after-the-fact and this has been upheld in courts. I choose to personally take immediate responsibility for my and my family’s safety. Because of LEOs’ responsibilities, limited resources, and average response time (at least 4 minutes and can be between 8-10 minutes or longer per Department of Justice studies), they generally arrive at a crime scene after the criminals are long gone and the devastation to victims is already done. Again, please understand that I most certainly respect them and their responsibilities! They are there to investigate and capture criminals after a crime has been committed. It is foolish to believe that our civil governments have the ability to protect us from the predators of our society, BEFORE they act.

4. I live in a real world in which I recognize that criminals, ruthless bad people, violent behaviors, and dangers DO realistically exist. Sadly, there is “Bad” in the world. I want to focus on the positive and good, but must recognize that there is evil. To not understand this is to stick my head in the sand and ignore the ever-present dangers among us. I don’t carry a gun because I’m evil, paranoid, and looking for trouble, but because I want good, am a realistic “thinker,” and want to head-off any negative, predatory acts of criminals. I carry a firearm because I have lived long enough to see the actual evil in the world and accept responsibility for protecting myself and loved ones and for my own self-defense before crimes happen.

5. I want to be part of DETERRENCE of evil and crime. To cause criminals to wonder if the next person they choose to assault may be the one that fights back and possibly ends their life, thus influencing them not to act. The more law-abiding citizens that are armed or who might possibly be armed in the eyes of criminals, the more worry and hesitation they will have about their predatory actions… the less certain criminals can be of the outcome of their actions against us, thus they may choose to NOT attack.

Continued success, safety, preparation, and training! Remember your mental state of mind, training and preparation are much more important than the equipment you carry.

© 2013 Col Benjamin Findley. All Rights Reserved. This article may not be reprinted or reproduced in whole or in part by mechanical means, photocopying, electronic reproduction, scanning, or any other means without prior written permission. For copyright information, contact Col Ben Findley at ColBFF@gmail.com.

A Checklist for Overcoming the Top Eleven Bad Habits of Shooters

A Checklist for Overcoming the Top Eleven Bad Habits of Shooters