Why Many Agencies are Switching to the 9mm 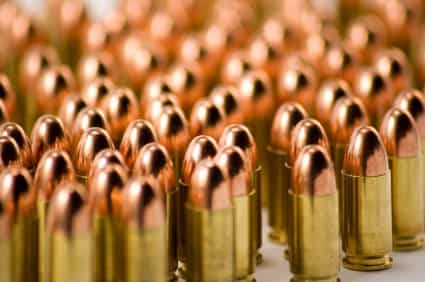 Why Many Agencies are Switching to the 9mm

I hope you had a wonderful weekend and that you were able to relax and spend time with the family. I wish I could say that I spent my weekend at the shooting range, but right now I’m in Baltimore, MD on business.

That means when I go running in the morning I’m not carrying concealed and instead have to run with only my tactical pen. It will be nice to go home soon to a state that cares about self-preservation and not a state that wants to keep people unarmed (which is always a sign of a dangerous government.)

Since I didn’t go shooting yesterday I spent a lot of time reading and researching. And one topic that keeps popping up lately is how several law enforcement agencies are now switching back to the 9mm. The fact is, law enforcement in Minnesota, Iowa, South Dakota, and Colorado are just a few of the places switching.

Why is law enforcement switching from the .40 and .45 back to the 9mm?

Well, as one article I read stated about a police department in Sioux Falls, SD, “they’re trading in their .40 caliber handguns for 9mm pistols, citing lighter recoil and greater capacity…”

Yes, the 9mm has lighter recoil and yes you can carry more rounds in your magazine, but the main reason to switch is that due to advancements in bullet technology the stopping power of a 9mm is now about the same as a .40.

In other words, you’re really not losing anything by switching to the 9mm. I realize many people find that hard to believe and even if you showed them the tests that have proven the 9mm and .40 to be almost identical they still wouldn’t believe you.

But, as always, it comes down to shot placement.

Of course, another benefit of the 9mm is that it’s cheaper than the .40 or the .45. With budget cuts affecting law enforcement around the country it’s no surprise they’re looking to switch to cheaper ammo when it will do just as good of a job as the ammo they’re carrying now.

I’ve been carrying 9mm for years and have had plenty of “macho” folks comment to me that I carry a “weaker” round. However, my so-called “weaker” round is a 124-grain Speer Gold Dot, which I’m confident will stop any threat I may encounter. So if you’ve been thinking of switching to a 9mm, don’t let others talk you out of it and realize that many law enforcement agencies are now “seeing the light” and coming back to the 9mm too.

In fact, the only reason that the police switched from 9mm to .40 in the first place was because of the Assault Weapons ban of 1994. The 1994 law banned the production of high capacity magazines, however, you could still sell “pre-ban” magazines. So the gun manufacturers went to police departments and offered big incentives to upgrade to the .40 so they could get the departments to turn in the high capacity 9mm magazines that they could resell for a huge profit.

In other words, it wasn’t because the .40 was a miraculous new round, it’s because gun manufacturers wanted to make money and so they made the police departments an offer they couldn’t resist.

Your Miranda Right to Silence Might Now Get You Into Trouble