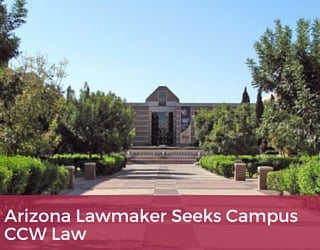 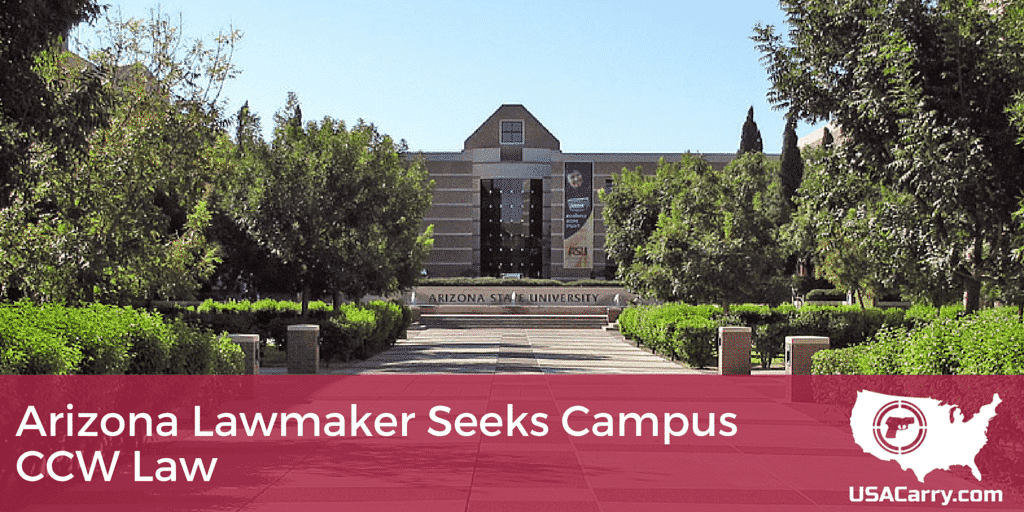 Arizona State Representative Sonny Borrelli, R-Bullhead City has introduced a bill to the House that would allow students, faculty, and staff at all public universities, colleges and community colleges to carry a concealed handgun on campus if they posses the appropriate permit.  The proposed law, HB 2072, has several co-sponsors all of whom are listed as Republicans.

In a statement to the press, Rep. Borrelli explained the reasoning behind the bill:

“An individual should be able to defend themselves if the need arises. A conversation must be started about the failed university and college policies that don’t allow faculty or students to defend themselves that is permitted by the state and that is their right under both U.S. and Arizona Constitution.”

While several previous attempts at similar legislation have failed, HB 2072 is in a much stronger position due Arizona Governor Doug Ducey’s vocal support of the Second Amendment. Speaking of recent mass murders, Ducey has said:

“The tragedies that have recently occurred–Tucson, Aurora, Newtown–would not have been averted with stricter gun laws. The common thread in these tragedies is that many warning signs were overlooked or ignored. Ensuring better cooperation between mental health agencies and law enforcement is the right approach. I will defend the constitutional right to keep and bear arms.”

Currently, the Arizona Board of Regents largely prohibits concealed weapons on campus. Whether Arizona schools will seek exemptions like their Texas counterparts remains to be seen.

Photo by “Asuwmain” by Nicktalk – I created this work entirely by myself.. Licensed under CC BY-SA 3.0 via Wikipedia.

Wow. Carrying at work. What a concept.

Mike, My question to you is ” Can I come into your workplace with my weapon? Can I walk around the state house with my weapon without getting arrested? If you are open to CCW on school campuses why not in the statehouse?