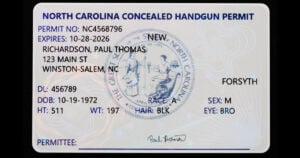 May Issue to Residents Only:
Delaware, Virgin Islands