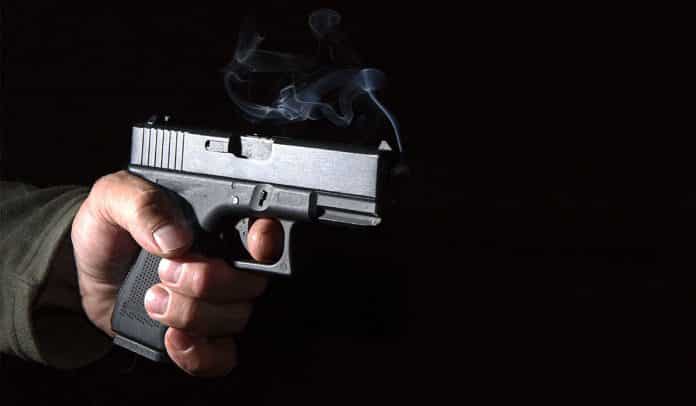 While cleaning your house may sound cool, it should only be done as a last resort. Clearing a house by yourself is very dangerous. Unlike military and law enforcement, you most likely don’t have the proper training for this task. You also won’t have the extra set of eyes that SWAT teams have for example since they clear houses with teams of two or more.

That being said, clearing your own house is still something you should practice. Why practice it if it is so dangerous? Well, what if you have family in another part of the house that is in danger? That might warrant you clearing the house to get to them.

But instead of clearing your house after hearing someone break-in might not be the best idea. By all means, grab your gun but you should also lock the door of the room you are in and call 911. This gives you more of an advantage than walking through your house searching for the intruder.

One Wisconsin man learned this the hard way. Columbia County Sherriff’s Office posted on their Facebook page stating that a man had been shot in his own home on Sept. 27, 2019. According to his wife who called 911, they heard noises that sounded like someone had broken into their home.

Her husband then grabbed his gun and went to find the source of the noises. Shortly after, the woman heard a shot. She then found her 35-year-old husband dead in the basement. Thankfully, the shooter left the home and the woman and small child that were in the home were not harmed.

The Columbia County K9 Unit conducted a search but no one was found.

I hate reading stories like these. But at least we can use them to learn from and remind ourselves what to do in these situations. Here are a couple of examples of how trained professionals clear a home alone. And they also talk about some of the problems doing so.