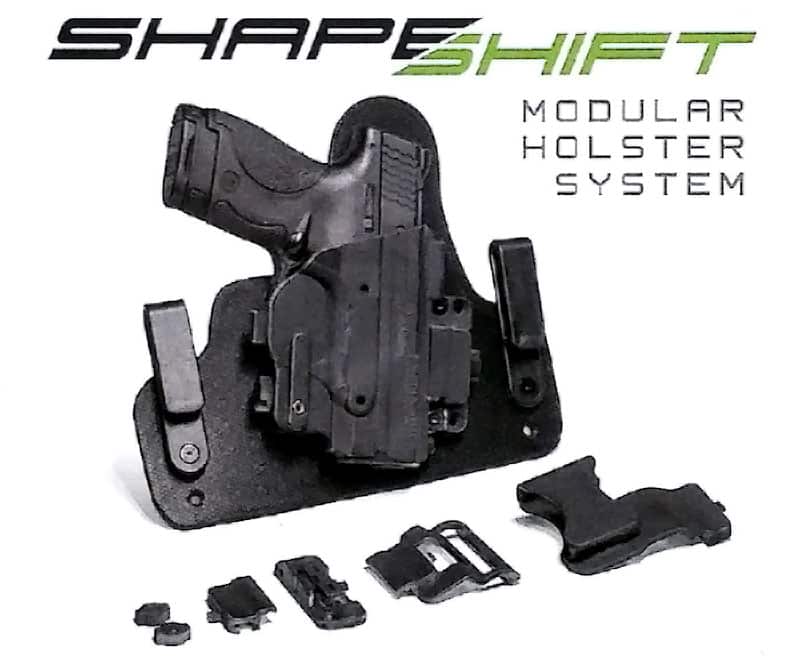 Alien Gear CEO Thomas Teddar announced today that Alien Gear Holsters is going to release an all new holster system this coming summer. The system, called the ShapeShift Modular Holster System, will be something that no one else has ever created. This holster system will allow you to buy a single scabbard and attach it to multiple mountings. The mounts will include:

The Future of Concealed Carry.

Introducing the ShapeShift Modular Holster System. With its groundbreaking design, the ShapeShift offers an endless array of custom carry options to match your lifestyle.

No tools are required to move the scabbard from mount to mount. It is going to be the most versatile holster system in the industry. It will be available by Summer 2017 and will launch as a Starter Kit. The Starter Kit will have two IWB holsters (Hip and Appendix) and two OWB holsters (Paddle and Slide). The other 7 holster options will be launching after that and should all be available by the end of 2017. At launch the holsters system will be available for 9-10 of the most popular handguns which covers about 50% of the handguns people own and then 25-40 handguns by the end of the year which will cover 75-85%. It also comes with the Alien Gear Holsters 30-Day test drive and their forever warranty.

As soon as we can get our hands on this holster system we will be doing a review.