Building Blocks of the Appendix Draw

Arguably, drawing a gun is drawing a gun. The basic steps, whether there are 4, 5, or 237, are all essentially the same, at least in concept. Maximizing performance and optimizing the draw can be a rather specific thing, though. How I draw a gun when carrying appendix while it technically follows the same basic building block steps as drawing from strong side IWB, there is still nuance to how it is accomplished. We are going to jump down the rabbit hole and take a look at that nuance.

Methods for clearing the cover garment

The other technique that is often used is grabbing a handful of shirt at the center of the body and pulling up. This method uses a body index for locating where the shirt is grabbed, and will not change based on what shirt is being worn. The consistency of the technique, regardless of the cover garment, is what separates this technique from grabbing the bottom of the shirt. It is not without its own issues, though. Wearing an undershirt can sometimes be problematic with this technique. Depending on how tight the undershirt fits, it is possible to grab both shirts at once and pull the undershirt over the top of the holstered handgun as well. 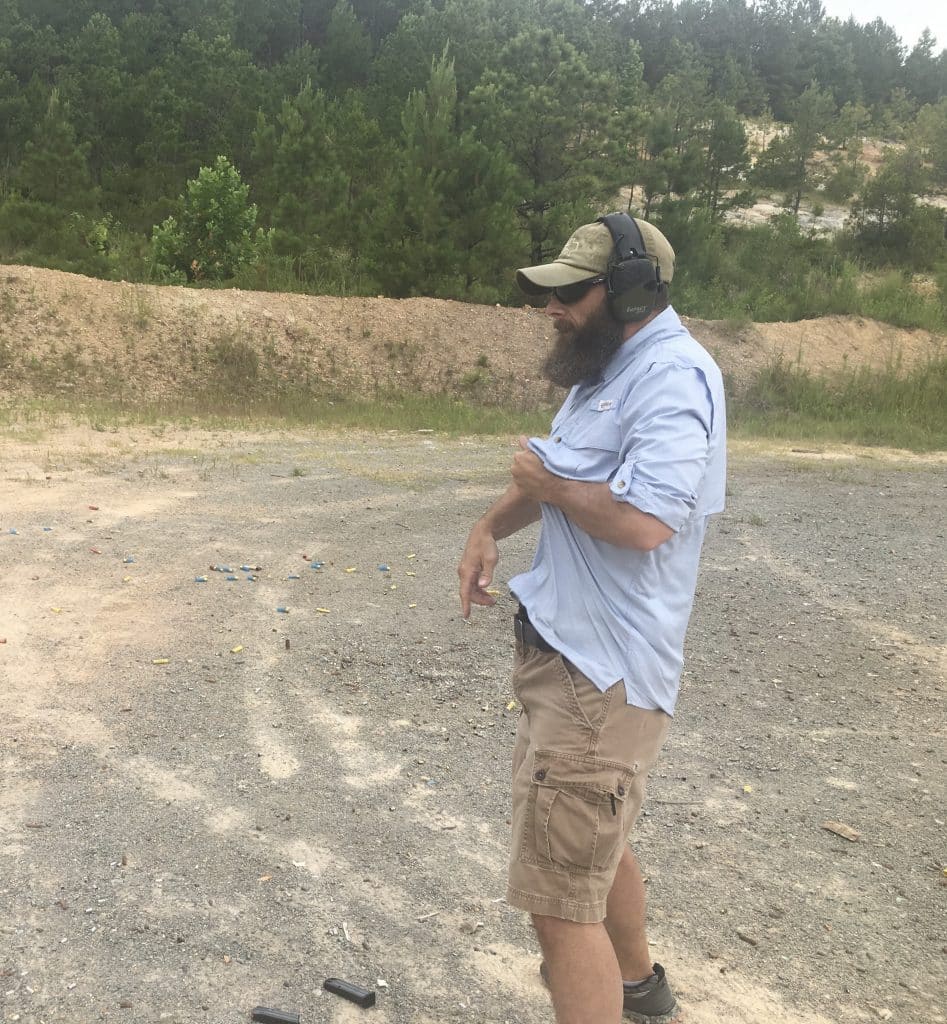 Pick a technique that works for you

I know people who use both and do very well with whatever their preference is. A person’s body type, preferred clothing, carry position of the handgun, can all inform which technique might work best. There really isn’t a “one size fits all” solution. Experiment a bit with how to clear the cover garment. Just be sure to pick one way and stick with it. I have found that grabbing at the belly button tends to work best, but there is definitely more than one way to skin this cat, as long as we do not introduce inefficiency into the process.

Establishing a grip on the gun

Traditionally when drawing a handgun, the thought has been to establish a full firing grip on the handgun before it is drawn from the holster. A full grip is defined as having the same grip before the gun starts to leave the holster as when we are shooting it. There are proponents who say to maintain this with AIWB for all the reasons that it is done when drawing from other positions, the security of the handgun, and being able to shoot sooner.

There is, however, a growing segment of performance-driven shooters and instructors that use what is generally termed the “claw” grip. Instead of the thumb wrapping around onto the support side of the handgun, it is placed on the back of the slide and moved into position after the gun is drawn from the holster. The argument being that the thumb actually does very little in terms of gripping the handgun, and it is quicker to draw without having to get the thumb between the gun and the body.

Type of gun, holster, and exactly how it is worn on the body might make one or the other technique better for specific people. I would recommend trying them both, see which one actually works better based on how and what you carry. Smaller guns may do better with a full grip. Larger guns may allow a little more cheating without introducing inefficiency to the draw.

Drawing the gun out of the holster

Scott Jedlinski actually made an interesting recommendation during my online training with him a while back. He emphasized driving down onto the gun and using the pressure that creates as a springboard to get the gun out faster. It is a bit counter-intuitive. Why would I push the gun down when I want the gun to go in the other direction? Even so, my personal experience has been that it is absolutely true. It gets me at least a couple tenths on the draw. It is a bit difficult to remember and do instinctively, though, at least when first adopting it. Fortunately for us, it can be worked out in dry practice and then confirmed in live fire.

This is where the hands meet, and the support hand wraps onto the gun after it has left the holster. There can be some variance in how or where this should be done as long as it is smooth, natural, and repeatable. Where the hands would normally meet in front of the body without a gun in hand is usually a good spot. 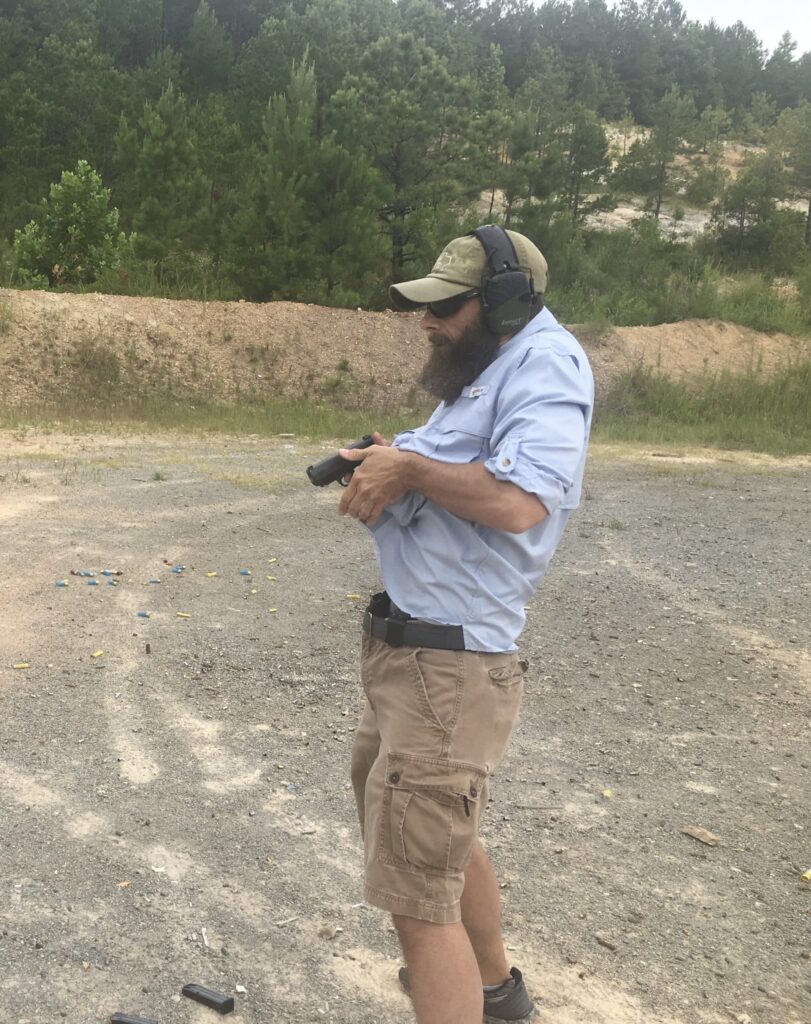 Pressing the gun to full extension

This part is just like any other draw stroke. Once both hands are on the gun, it is pressed straight to the target. Some people prefer a higher presentation, like the late Todd Green. Others do more of an escalator approach. There is also the middle ground approach, which presents the gun basically from the center of the chest. There are good reasons for all three, but that will be for another time.

If you carry AIWB, it pays to get some AIWB specific instruction. Even though drawing a gun is drawing a gun, there are small parts of a technique that can be fine-tuned to specific modes of carry. There are plenty of good AIWB instructors out there, like Spencer Keepers, Scott Jedlinski, and John Johnston. Seek those guys out.

Home First Aid: Getting Started and What You Need

Home First Aid: Getting Started and What You Need