Armed Citizen Hops Into Car As It Is Being Stolen; Shoots Carjacker Multiple Times 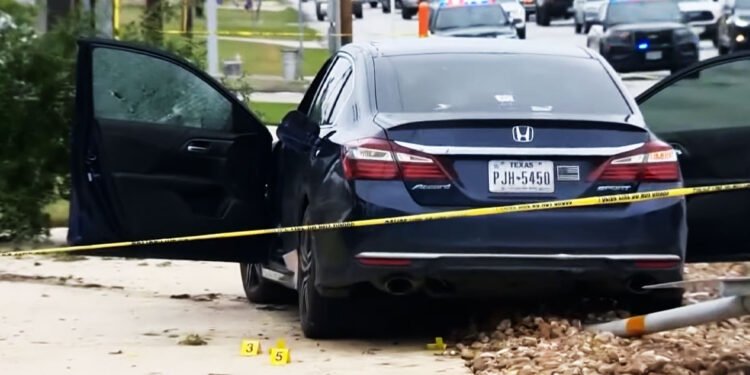 SAN ANTONIO, TEXAS — A man drew his firearm and shot a suspect who police say was attempting to steal his vehicle as he was pumping gas. The man was at the pump when a truck pulled up alongside his vehicle, and a person got out of that truck and jumped into the driver’s seat of the car.

The shooting wasn’t all cut-and-dry, though, because a lot of risk was involved for the armed citizen and his actions were… less than desirable. I’m not trying to throw him under the bus, but this is definitely a move that I wouldn’t make.

After the suspect jumped into the man’s vehicle…

The car owner got in the passenger side and fought with the man as the suspect put the car in reverse and hit the gas, driving over a sidewalk. That’s when the car owner pulled out a gun and shot the suspect multiple times, police said. – via local media

One of the first things you should do at the gas station after exiting your vehicle; lock your doors. That means all of them, including the driver’s door. We’ve covered too many stories over the years of people being targeted at gas stations while they’re focused on pumping gas, and locking your doors can be an incredibly easy way to make a bad guy find out that it’s locked and simply walk away and look for an easier target.

Second, if someone does manage to get inside your vehicle and is all set to take off, do not jump into the vehicle with them. The exception would be if you have a child or other family member inside, but other than that, accept the defeat and call the police with an accurate description of the suspect and your vehicle.

The suspect was taken to the hospital in critical condition. The owner of the vehicle was not injured.

Florida Sheriff: “You’re Welcome to Shoot Intruders, We Prefer You Do, Actually”

Well, hopefully an incident like this sends a message to other would-be carjackers!!

I have a feeling the shooter is going to be in a lot of trouble for this though. Did he use deadly force to protect his life or the life of others? No…..he just didn’t want his car stolen.

I’ve heard of homeowners getting in a lot of trouble for shooting burglars in their own house, so I have a feeling this guy is in deep doo doo!