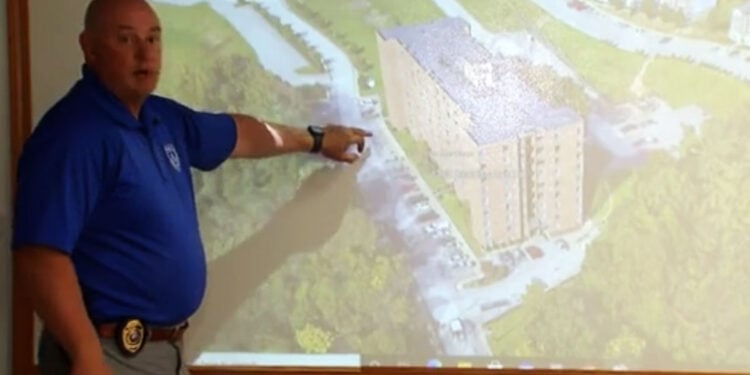 To quote our writer, Sal, “Another mass shooting about to happen but ended the way it should.” That’s what he said after he sent me the news story about this potential mass shooting that was thwarted last night.

Dozens of people were attending a graduation party last night in a Charleston, WV, apartment complex. A man was approached by members of the party about speeding through the parking lot. He got upset and left the scene.

He showed back up at the apartment complex, got an “AR-15 style rifle” out of his backseat, and started firing into the crown. A bystander who was lawfully carrying a handgun drew her gun, shot, and killed the suspect. The suspect was pronounced dead on the scene. The woman who shot the suspect will not be charged.

“Instead of running from the threat, she engaged with the threat and saved several lives last night,” Charleston Police Department Chief of Detectives Tony Hazelett said. – via MSN

And that’s how we should be protecting our schools. Trained, armed presence.

As they say it takes a good person with a gun to stop a bad person with a gun. Every law-abiding person who can legally carry a gun. Get a gun Get TRAINING get a concealed carry license be able to protect yourself and others like this lady did.!

As it should be! Good gal with gun saves lives!

Stories like this don’t get a lot of national airtime, do they? Doesn’t fit the narrative, I guess. So much for empowering women.