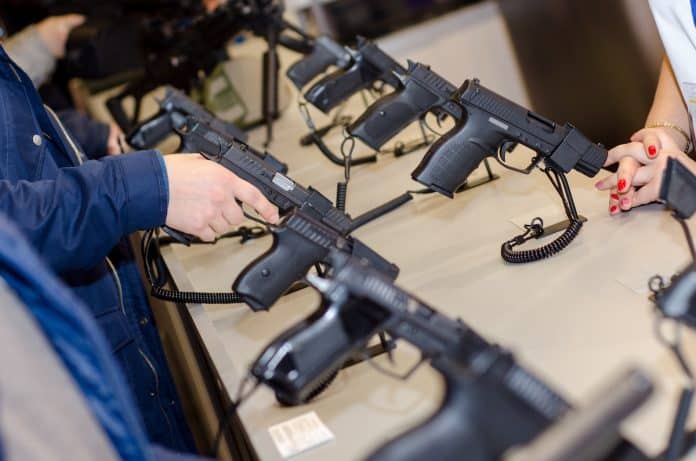 Often, we as gun owners obsess over the smallest little details when we buy a new gun. Does it fit us well? Is it the caliber we want? Does it have a large enough capacity? Is the trigger to our liking? Sometimes what we forget to consider is what happens after the purchase, or maybe even a year or two down the road. These are the other questions to ask ourselves when buying that new blaster.

Can I get spare parts?

With most of the big names in the concealed carry handgun market, finding spare parts is not that big of an issue, although HK may beg to differ. For some of the cheaper, or less prolific manufacturers that may be a different story though. At the end of the day, the handguns we carry around are machines. With use, shooting in our case, machines wear out. With some of the guns we carry, certain parts like springs wear out pretty fast actually. Being able to replace the parts that have to be replaced periodically is an important consideration when buying a new gun. This is why I tend not to carry 50-year-old handguns. Good luck finding parts.

Can I actually carry this thing?

Good holster support is absolutely necessary for any gun you plan on carrying concealed. The key word there is “good.” There are plenty of holsters that will fit pretty much any gun. But they are pretty poor examples of a holster, and some of them are downright dangerous. Obscure guns, cheaper guns, or brand new to the market guns all usually suffer from poor holster support. It is a good idea that before we buy a new gun, we find a good holster option for it just to make sure we will actually be able to carry it. I was recently looking at purchasing a new handgun for some testing, but when I went to look for a holster, there were none to be found.

Can I make it my own?

As good as guns are these days, there are still usually some things about them that we like to change. Often, they are small, but important bits that make shooting the gun a lot easier, like sights. A perfect example of this is Glock. Up until recently, any sight that you could get on a Glock from the factory was pretty much horrible. They might be serviceable but are still really horrible. There are a lot of other guns out there that could benefit from a better sight set up too, but none are available.

Having a gun that has the aftermarket support to make those small little changes to dial it in to our own personal preferences is important to consider. Some guns are just stuck the way they are because there isn’t anyone supporting that model of gun. Usually, what that translates to is sub-optimal performance over the long term and a gun with no staying power.

We usually spend plenty of time researching how accurate a gun is, how comfortable it is to shoot, or how crisp the trigger is. Overlooking the stuff related to owning the gun and carrying the gun can be easy to do. Next time we go to buy that new handgun that we have always wanted, we should be careful to see the whole picture. It may turn out that we can’t really do much with it once we have it if we aren’t careful.