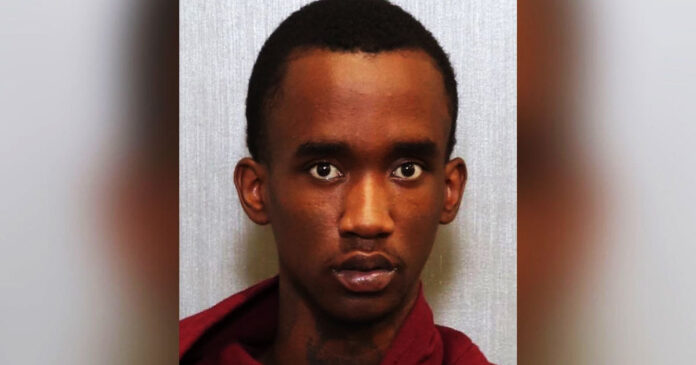 An armed good samaritan held 22-year-old Kevon Sherrill at gunpoint until police arrived after he was caught allegedly breaking into a vehicle.

The vehicle’s owner had previously known that someone had been breaking into cars in her apartment complex.

“I was scared. First thing I was thinking, if this is the actual individual, we don’t know what he is capable of,” said the victim. via WKRN.com

She then caught on camera a neighbor holding the suspect at gunpoint.

“They found so much on him. He had a gun, other people’s phones. Money. He said, ‘I don’t live in this area, I was just walking home,’ but he had on a bulletproof vest.”

The neighbor is a former security officer and with his own handgun held Sherrill at gunpoint until police arrived, and also felt the suspect had experience with this crime and was planning on more burglarizing.

“I asked him why he was out pulling on door handles, he swore he wasn’t, and I said, ‘you are probably the one who broke into my car last night.’ For him or anyone to do that, it rubbed me the wrong way,” said the good samaritan.

Authorities arrived on the scene within a few minutes and discovered Sherrill had a stolen gun in his front pocket along with the soft ballistic vest over his hoodie.

Police thanked the good samaritan as car theft has risen in Nashville. Sherrill has been charged with burglary, theft, and wearing a bulletproof vest during the commission of a felony.

The good samaritan should be praised for saving the Nashville streets from a criminal who likely would have kept burglarizing other innocent peoples’ vehicles. Otherwise, the action of holding someone at gunpoint will not always get you on the right side of the law. Although the neighbor said he was “ready for anything,” he still posed a risk even to himself holding him at gunpoint, as the criminal was not a direct threat to the neighborly Samaritan.

Citizen policing is helpful to the community when law enforcement cannot arrive in a timely manner, but it is also an action involving a high risk to your safety. Fortunately this good samaritan has security experience, inferring that he knew how to handle a threat. On top of self-defense training, we should know what situations are best and best not to intervene with.