Should You Carry Concealed While on Painkillers? 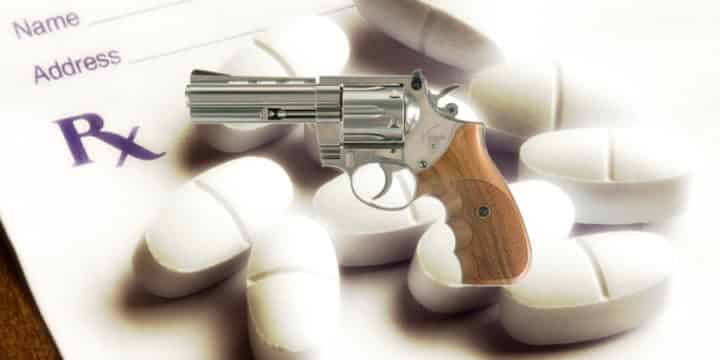 For the millions of Americans living in some state of dependency upon legally prescribed painkillers, a lingering question abounds as to whether taking them and then carrying a gun presents a conflict.

There is a dilemma. On one hand, we have a moral and legal obligation to be of sound mind should we be forced to use a gun for our own defense. On the other hand, for those who depend on legally prescribed painkillers in order to manage severe and chronic pain, it’s extremely hard to determine where the line is between a legal dosage and what could be considered an impaired state.

Being in an impaired state — whether by influence of alcohol, legal medication, or other — is a severe detriment to both a person’s capacity to reason and also affects the central nervous system.

Long-term dependency and use of narcotics tends to have permanent, lasting effects on the brain. This subject matter is being studied extensively by scientists in an effort to understand both how long-term painkiller use affects the brain chemistry of the individual and to find out what patients can expect.

Narcotic painkillers have been attributed to increased major depression in patients in those who have taken them in longer term situations.

“These findings suggest that the longer one is exposed to opioid analgesics, the greater is their risk of developing depression,” said Jeffrey Scherrer, Ph.D. associate professor of family and community medicine at Saint Louis University and principle investigator of the study. “Opioids have long been known to allay pain and suffering, but reports of adverse effects are abundant and continue to emerge.”

There are people who legitimately need narcotic painkillers in order to function. Unlike those who do them recreationally, long-term prescribed users report experiencing clarity while on them.

This may lead someone to believe that he or she can function at higher levels than he otherwise could.

As we’ve reported multiple instances of homes being broken into, concealed carriers having to defend themselves in sometimes ambiguous scenarios, and other incidences involving defensive gun use, we find ourselves at a crossroads where we must now weigh in on whether or not we believe painkillers have an adverse effect on an individual’s capacity to use a handgun in a defensive environment.

Ultimately — this is your decision.

If you depend on legally prescribed narcotic painkillers in order to function, you and your physician would know best as to whether or not you have the capacity to carry a concealed handgun and use it effectively if the need arises.

Should a defensive gun use scenario occur, whether in the home or outside of it, police and the prosecutor will both take into account any use of medication or other controlled substances. This may turn into an argument the prosecutor may make during his review of the case or, and this is more likely, your opponent and/or his next of kin may decide to take up that information if they press for civil charges.

Neither benefits you but your life is your responsibility. Choose wisely and train accordingly.

Should You Take Your Gun To Work?