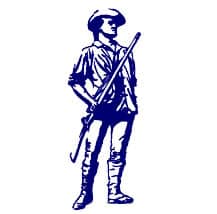 The Citizens Committee for the Right to Keep and Bear Arms is encouraging gun owners and activists to contact Congress and urge their representatives to oppose appropriations amendments introduced by two California congressmen that would strip protections from federal gun trace data and require additional ponderous record keeping by gun manufacturers.

California Rep. Adam Schiff is pushing an amendment that would remove the Tiahrt Amendment safeguards against political misuse of sensitive firearms trace data. Congressman Michael Honda, another California Democrat, has another amendment to continue regulatory attacks on the gun industry.

Gun trace data is currently available to law enforcement agencies in connection with legitimate criminal investigations. It is not available to big city mayors for the purpose of launching frivolous harassment lawsuits and private “sting” operations as was done by anti-gun New York Mayor Michael Bloomberg.

Honda’s proposal would require firearm manufacturers to set up a burdensome record keeping system to match individual firearm serial numbers in inventory to the individual record entry in their acquisition and distribution record, according to the National Shooting Sports Foundation.

The amendments are being offered in the House Appropriations Committee. Gun owners may contact the committee at (202) 225-2771.

more laws against good citizens geez when will it end!

more laws against good citizens geez when will it end!

How right you are! Even a shotgun loaded with bird shot (legal in the UK) would, I’m sure, have been enough to convince any looter that he had imortant business elsewhere.