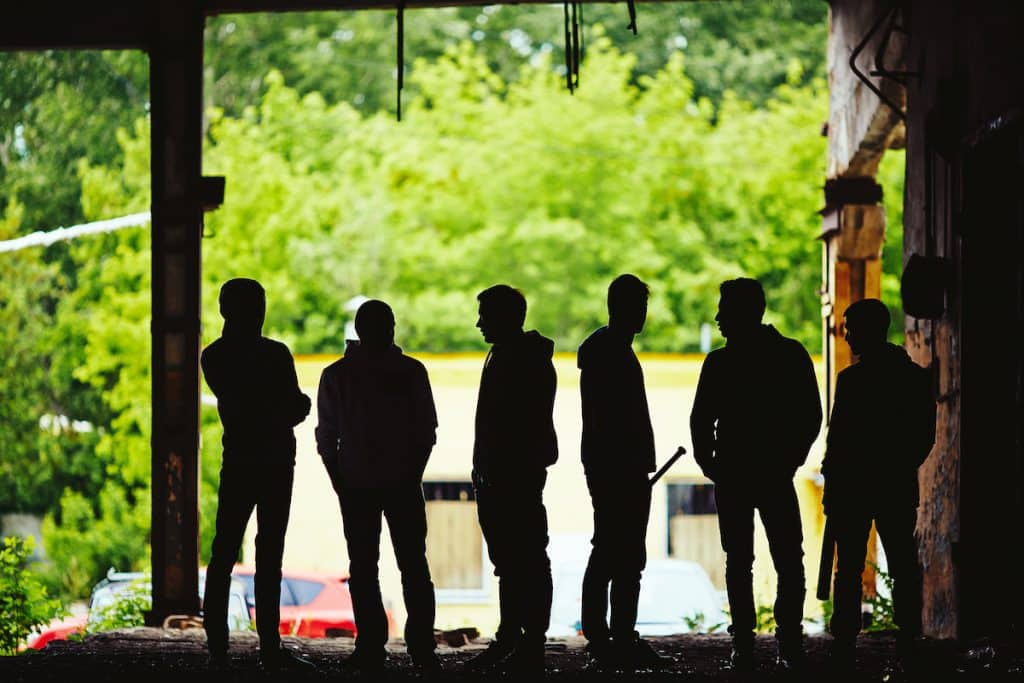 Let’s get it out of the way: fighting more than one assailant, armed or unarmed, is really tough. The odds are not in your favor and you’re going to have to find a way to even the odds fast.

First off, an observation. Just because you think an incident is one-on-one does not mean that it is. Criminals know that they’re better off working in groups, so that individual mugger may have a friend or two lurking nearby in case they’re needed. I know I bang the drum of situational awareness pretty often in these articles, but there’s a very good reason why. Learn it, love it, live it.

Even with the best situational awareness, you can be caught in a bad situation not of your own choosing. If that situation involves more than one assailant, the key and foundational tactic is this: at all cost avoid becoming surrounded. Their numbers are a big part of their strength, even if they’re unarmed and you’re carrying. Don’t let them encircle you.

That having been said, the tactics you use to avoid becoming surrounded vary, depending on the circumstances in which you find yourself. I recommend reading Tiger McKee’s The Book of Two Guns, which offers a thorough introduction to fighting multiple assailants—among many other subjects. Some of the take home points are:

Don’t retreat in a straight line.

Moving away from your attackers is fine; it may even be preferable. However, you generally move at an angle to them. This changes the nature of the engagement—they had you where they wanted you, and now you’re setting up a position of your choosing instead. Toward that end . . .

By this I mean use angular movement to put them in each other’s way—ideally they’d be in a line in front of you, thus unable to attack around each other effectively. While a line may not be possible, your maneuvering tactics should stack their position as close to that as you can.

Use both cover and concealment.

Whether they’re armed or not, putting something solid between you and the bad guys is generally a good idea. Anything that protects you from incoming rounds, makes you hard to see, or more difficult to reach is a good thing, so learn how cover and concealment works and train accordingly.

Very rarely is a static position a good idea against multiple assailants. If there’s a lull in the fighting and you can move safely, look for a better, more secure position—or just beat feat out of there altogether. Distance, in many cases, is both your greatest weapon and best defense.

Keep your emotions in check.

As a wise man said:

“Anyone that’s not scared isn’t fully appreciating the situation. Bravery is doing what you need to do when afraid.”

There’s always more to be said, so I recommend finding some good training programs near you and attending them. If you’ve had such training and shed light on the discussion, please jump into the comments section below. Your thoughts, ideas, and experience may save another reader’s life.