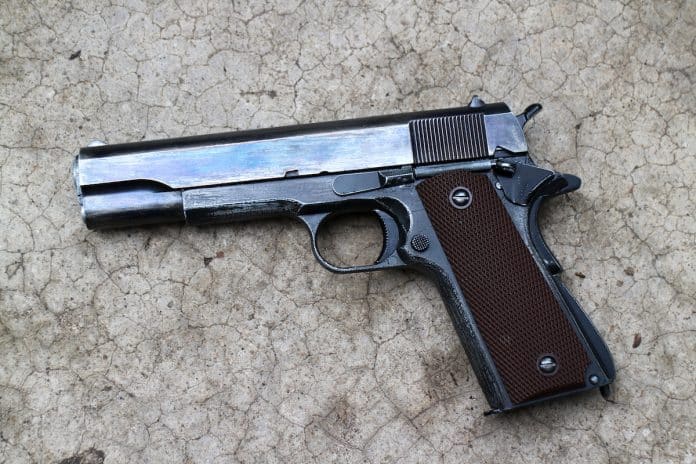 Let’s get something out of the way: older guns are cool.

They look cool, they’re fun to shoot, and they often have a very interesting and compelling history behind them. That’s also not to mention that if you go with an older surplus gun that was previously used by military or law enforcement units, you can often find ones in great shape and at even greater prices.

But at the same time, many people are under the impression that vintage or surplus guns are niche guns and not very good choices for self-defense or concealed carry in the modern era in which we live. They figure that modern semi-automatic pistols like the Glock 17 or 19 or the Smith & Wesson M&P, with a polymer frame and large magazine capacity, are the only viable options.

But the reality is that there are a wide number of older and classic pistol designs that remain perfectly viable and decent options for self-defense and concealed carry purposes in today’s era, and we’re going to go over the top six such guns right now. 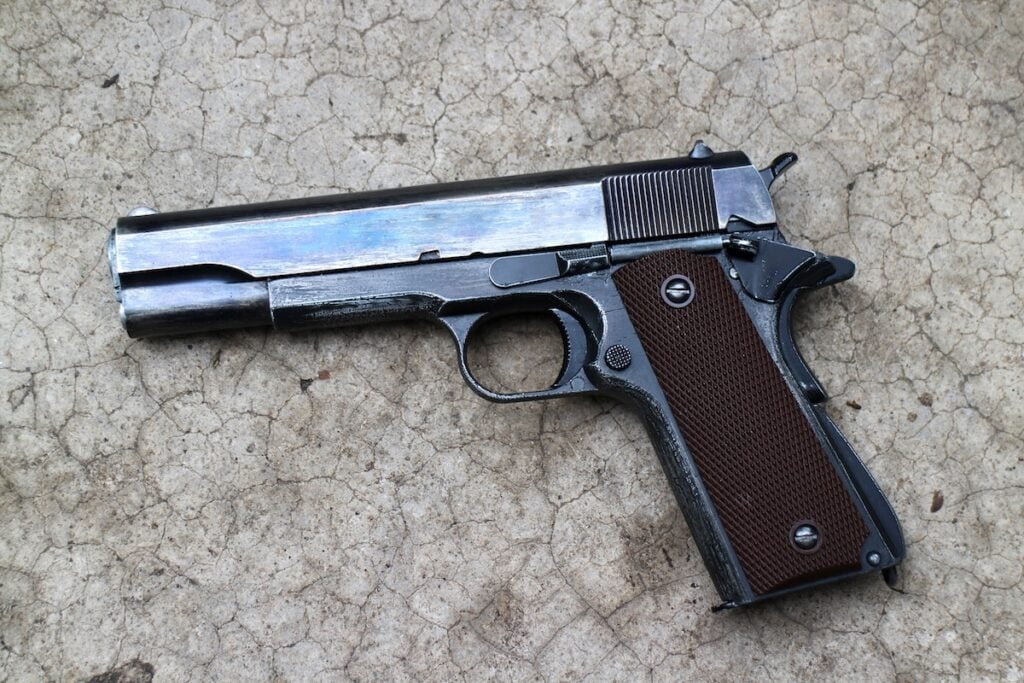 The 1911 is probably one gun that you expected to see on this list. The design is over a hundred years old, and yet it and its many variants remain some of the best selling handguns in the American market, which means that it will likely be around for at least a hundred years more.

It’s not difficult to see why. The 1911 is a very well-balanced, reliable, and accurate pistol, and it also has limited recoil for a .45 automatic. Many new shooters who fear the idea of shooting a .45 are pleasantly surprised to find that the 1911 is a rather soft shooting handgun.

That’s also not to mention that the 1911 has one of the most natural grip angles of any semi-automatic pistol in today’s world. Let’s put it this way: if you envision yourself holding a pistol in thin air, the grip that your hand naturally forms is incredibly similar to the grip shape of the 1911.

Finally, as a single stack pistol, the 1911 is very slim and easy to carry inside the waistband. All of these factors together are precisely why the 1911 is and remains one of the best CCW pistols today. 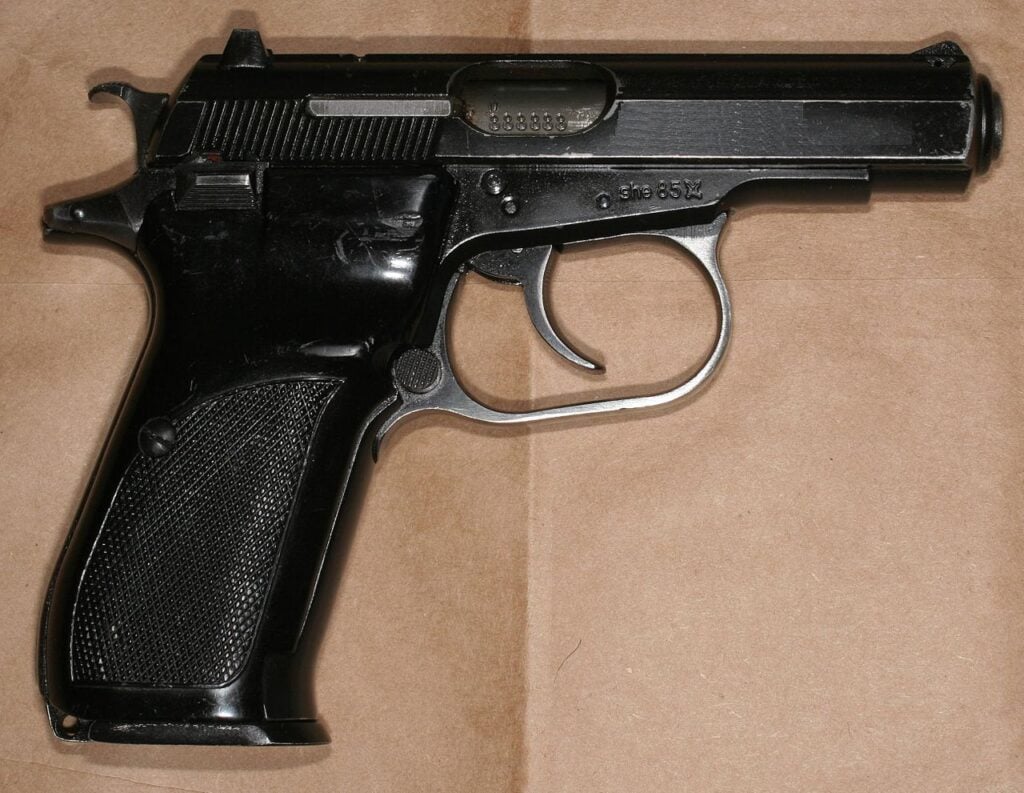 CZ made the CZ 82 in 9x18mm and the CZ 83 in .380 ACP as compact sidearms for military and police forces. The CZ 82 was produced first and was designed to fire the same ammunition as the Makarov (the 9x18mm), while the later CZ 83 was adapted to fire the .380 ACP.

Just like the Makarov, the CZ 82/83 are based in terms of principles of design on the Walther PPK pistol, in that it’s a blowback operated semi-automatic pistol with a DA/SA trigger and with a very similar takedown process.

A big advantage to the CZ83 in particular over comparable .380 ACP pistols is the fact that it has a double stacked 12 round magazine capacity, whereas many other .380 pistols on the market will only hold 6-8 rounds.

Finally, both the CZ82 and CZ83 have a very low bore axis for limited barrel rise and are both very reliable and easy-to-conceal firearms, making them perfectly viable carry options in today’s world. 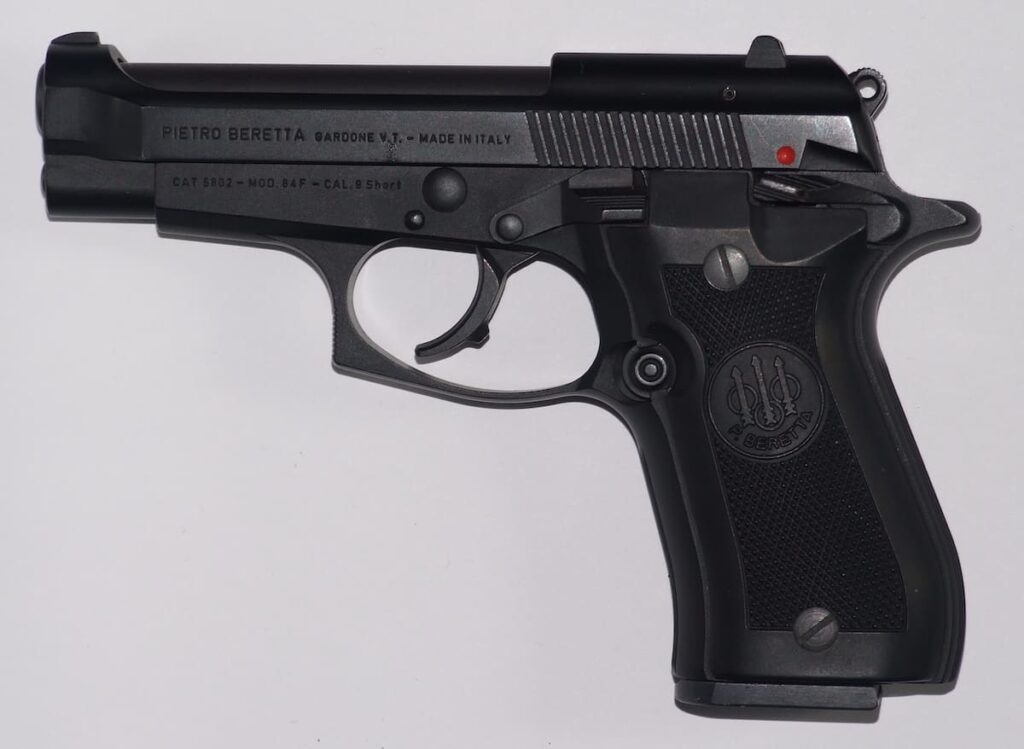 The Beretta Cheetah is an all-steel, blowback series of semi-automatic pistols designed primarily for concealed carry and personal defense.  Examples of models include the 81 and 82 in .32 ACP and the 84 and 85 in .380 ACP. The 82 and 85 are single stack pistols with a slimmer frame, while the 81 and 84 are double stacked with nearly twice the magazine capacity.

The Beretta Cheetah looks very similar to a shrunk down Beretta 92, in that it maintains a similar grip pattern and the distinctive Beretta open slide design. The open slide design helps to reduce the weight of the gun while also preventing feed jams. However, the safety has been moved from the slide on the 92 to the frame on the Cheetah series of pistols, which makes it much more convenient to reach.

Today, Beretta has quit selling new Cheetah pistols to American shooters, but they still produce the pistol new for European sales. Older Cheetah pistols in excellent condition remain relatively easy to find in the USA, and as reliable steel-framed pistols that create minimal recoil, they are an excellent classic pistol design for concealed carry and personal protection.

The Makarov pistol in 9x18mm served as the standard issue sidearm for Russia from 1951 to 2003 and is still the service pistol for numerous militaries and police forces throughout eastern Europe.

Despite being a blowback operated pistol similar to the Walther PPK, the Makarov has a reputation for being more rugged, durable, and reliable, even if accuracy leaves a little bit to be desired. It’s simply a gun that can take a lot of abuse and continue to work, much like other Russian-made firearms such as the AK-47 and the Mosin Nagant. 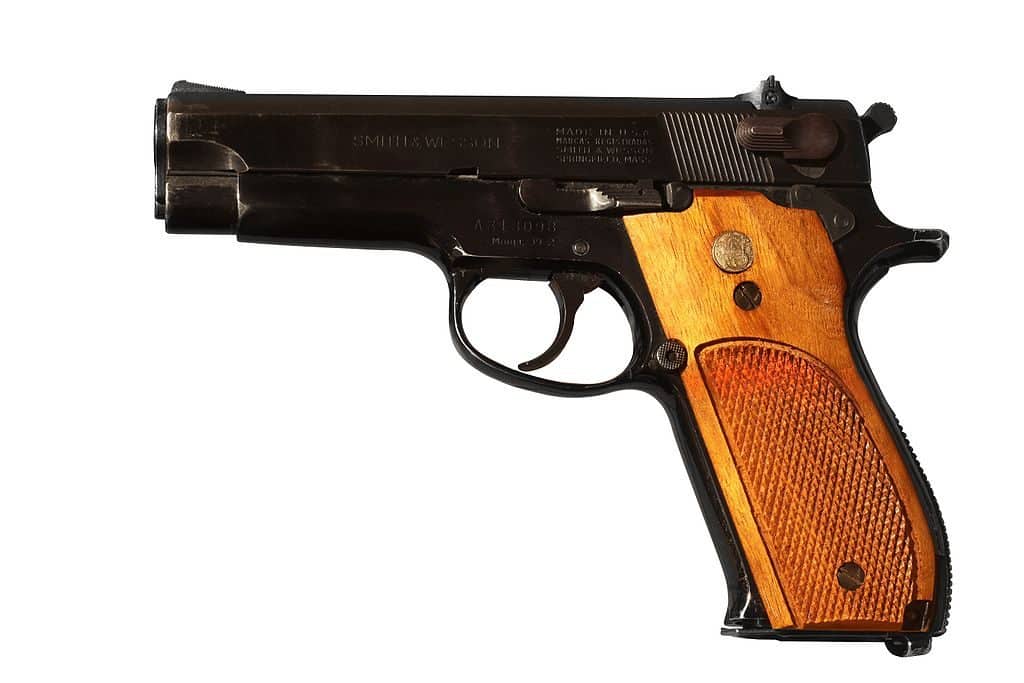 The Smith & Wesson Model 39 in 9mm Luger was introduced in 1955 and was the company’s first semi-automatic pistol. It was a DA/SA automatic with a slide mounted safety and decocker lever, much like the previous Walther P38, which was enormously successful and influential.  It’s also a design just like the Beretta 92, which has served as the standard issue US Army sidearm since 1985.

Later, in 1971, Smith & Wesson introduced the Model 59, which was virtually the same pistol only with a larger double stacked 14 or 15 round magazine capacity rather than the Model 39’s single stack eight rounds. Both the 39 and the 59 served as the genesis for the Smith & Wesson Generation pistols that served as their mainstay for automatic pistols until the advent of the M&P in 2005.

While the steel framed Model 39 and 59 may be significantly heavier pistols than the polymer guns of today, they also have a reputation for being very rugged and reliable firearms, and used models in good condition are easy to find at gun shows and pawn shops alike.

Last but not least is the Walther PPK (and PPK/S) chambered in .380 ACP. Walther recently announced that the PPK and PPK/S are both back in production after a more than five year hiatus, so you can get a new one rather than searching gun auction sites, or gun shows for a used one.

The Walther PP design as a whole has been around since 1929 when it was originally intended to be used as a sidearm for plain clothes German police. The PPK was then introduced two years later with a slightly shorter grip and slide for even greater concealment capabilities.

The primary difference between the two is that the PPK has 6+1 capacity, while the PPK/S has a slightly longer grip for a 7+1 capacity.  This is because the PPK/S is simply the slide of a PPK merged with the grip of a PP.

Of course, the PPK is most well known for being the sidearm of choice of James Bond in most of the 007 movies. That being said, there are more reasons to own a PPK beyond it being the ‘James Bond gun’.

Each of the above pistols may be several decades if not over a century old, but they’ve also aged very well and still hold their own against more modern pistol designs intended for defense.

In other words, if you want or need a pistol for personal protection (whether it be for concealed carry or home security), the makes and models of pistols that we have covered here today remain perfectly viable options for that purpose.