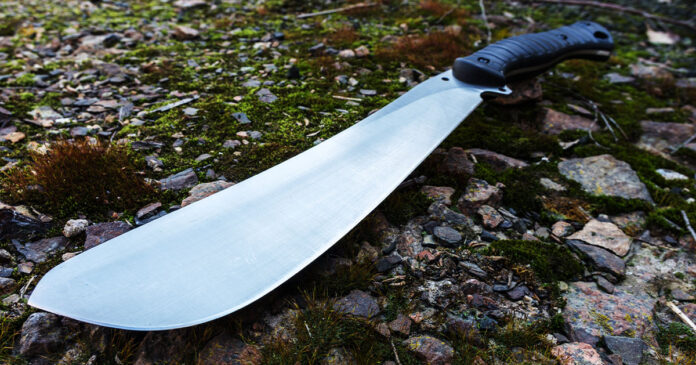 Early in the morning of July the 19th, San Antonio Police said 39 yr old Cynthia Jane Persson was on her bike and ignored a red light when she was crossing an intersection with her boyfriend. Persson rode into the intersection as a motorist was taking his two kids to school. Persson did not have the right of way because the light was red, and unfortunately, the unidentified motorist struck and killed her.

According to police, Persson’s boyfriend whipped out a machete on the unnamed driver. Witnesses say that is when a 3rd party concealed carry license holder pulled out a gun to try and diffuse the situation. In Texas, it is an LTC “License To Carry,” not a CCL.

The driver had the right of way, so he was not charged, but what about Persson’s boyfriend with the machete. A machete is potentially a deadly weapon, and a reasonable person would believe he intended to use it, justifying the LTC holder to intervene. From all the information available, the boyfriend was the initial aggressor, and therefore deadly force would have been justified. Also, let’s not forget there were two younger children in the unidentified motorist vehicle.

Surprisingly, no charges were expected to be filed against the driver, her boyfriend, or the LTC holder, according to KSAT. Being the initial aggressor with a deadly weapon, you would think they would have charged the boyfriend, but no further details were available.

On an interesting side note, in 2017, Texas amended Penal Code § 46.01(6). The amended law removed the term “Illegal” knife, which was anything with a blade longer than 5.5″ like daggers, machetes, or swords, and changed it to “location restricted” knife.

The original law said you could not carry any “Illegal” knife outside your home. Under the amended law, you could carry a knife but not into a “Location restricted” area. These are places like a sporting event or school grounds which both frequently have public bike paths. Both are “prohibited places”; therefore, just possessing the machete would have been illegal.

The boyfriend had just witnessed the shockingly sudden brutal death of his girlfriend. I would have to assume that they decided to allow him some leeway in this incident because of the horrific accident that just cost his girlfriend her life. They stupidly ran a red light on their bikes – just like countless bicycle riders do as a matter of easy casual habit – and she paid with her life. The likely hysterical boyfriend was stopped by an armed witness before he hurt anybody. Having just lost his girlfriend, seeing her hit and killed right there in front of him, was probably considered more than enough “punishment” for reacting so badly to her sudden shocking painful death. He will relive that moment again and again for the rest of his life. So will the poor driver of that car, and his two kids. Enough horror and tragedy all around already. No need to add any more pain.