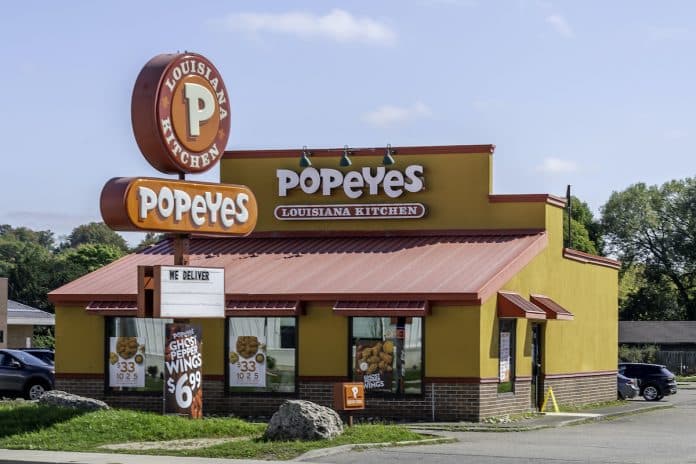 A man and his family were having dinner at a Popeyes in Texas one night when a man with a hoodie and mask and armed with a gun walked to rob the place. The suspect approached him and his family demanding his property, but he told him he spent all of his money on dinner and asked if he would let his family go.

The suspect then turned and pointed the gun at a worker that was running away. As the armed citizen’s family was exiting the restaurant, the suspect pointed the gun back on them. That’s when the man pulled his own gun and shot the suspect several times, killing him. He was licensed to carry a concealed weapon.

The suspect’s mother asked why he was shot four or five times. We all know or should know that we shoot to stop the threat. That could be one round, two rounds, or a whole magazine. Pistol rounds generally don’t “drop people,” so if it took four or five rounds for this man to stop the threat, then that’s what it takes.

It was reported after the fact that the suspect suffered from bipolar disorder and schizophrenia. Also, his accomplice and getaway driver said that the “gun wasn’t even loaded” after being arrested and charged with aggravated robbery. These facts still don’t change the fact that the suspect entered the restaurant that night, armed with a gun, and used it to threaten people in an attempt to rob them.

I came across this story a day ago when researching new DGU stories. But after a little bit of digging, I realized this story is from 2017.