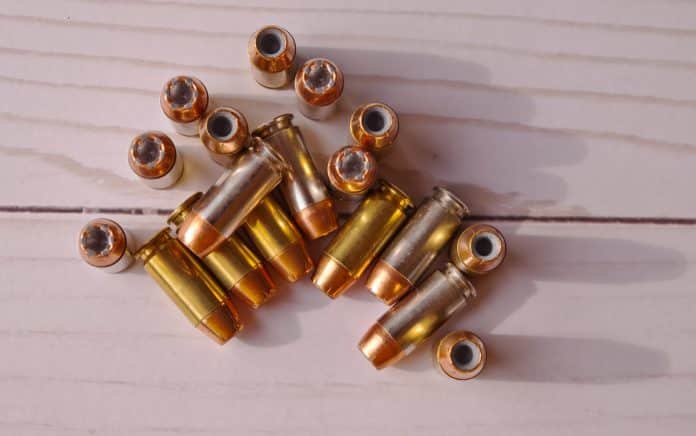 We, as gun people, at least most of us reading this probably, will spend a lot of time researching and contemplating what type of gun we want to carry, and what features we want it to have. However, a defensive firearm is really a two-part system. There is the gun, and then the ammunition we feed it. Both parts are critical to our success. We need the best we can get from both. Here is a list of criteria that we can use when selecting concealed carry ammunition to go with that gun we have spent so much time researching.

How Reliable is Your Carry Ammo?

Our concealed carry ammunition, in combination with the gun, has to be as reliable as a manmade product can be. Obviously, nothing is perfect, but some are definitely better than others. This is really a two-part issue. In one way, the ammunition needs to be reliable in the handgun we have chosen to carry. Depending on the gun, or the ammo, there can sometimes be issues related to the function of the gun that is not necessarily the fault of the ammunition. The part we are considering here though is what features built into the ammunition contribute to its reliability.

Quality control matters. What type of QC process your concealed carry ammunition goes through will contribute directly to its reliability. This is why budget lines of carry ammunition are not always a good idea. Somewhere in that final product or its components, QC was likely less than it could be. This potentially allows a higher rate of failure, which for us, in this context, is not acceptable.

How Does Your Ammo Handle the Elements?

We don’t always think about it, but having a cartridge that is sealed from the elements can be a big deal when we intend to carry it around on our person for six months or even a year at a time. Assuming we actually carry our guns, they are constantly exposed to varying environmental conditions and so is the ammunition in the process. The ammunition is also exposed to whatever solvents and oils are used to clean and maintain the firearm.

I know of at least one instance where a police officer had the first round loaded in his duty firearm fail to fire because oil off the breech face had over time seeped into the primer and compromised it. To help mitigate these issues, using ammunition with sealed primers and a sealed case mouth has value. It helps protect the primer and powder charge from different environmental conditions over a long period of time.

Accuracy of Your CCW Ammo

Once we have established the reliability of our concealed carry ammunition, we need it to be accurate out of the gun we have chosen to run it in. First, we need the gun to go bang. Next, we need the bullet to go where we want it to. Don’t be fooled into thinking that every good duty grade or self-defense type handgun will be accurate with every type of ammunition.

The gun that I currently carry has a very clear ammunition preference. Guns that I have carried in the past have had very clear preferences for a specific type or weight of bullet in terms of accuracy. When we are employing a handgun in defense of life, we need every bit of performance we can reasonably get out of it. Having ammunition that hits where the sights say it will is important. Unfortunately, the only way to really know this is to buy some and try it.

When we use a handgun for self-defense, and we are trying to stop our attacker, we are not shooting at the whole person. We are actually shooting at small critical structures that are buried deep inside the body. We need bullets that will reach those structures, through muscle tissue; various bone structures, et al. The human body is quite resistant to penetrating trauma.

Add to that the complications associated with various angles of engagement, and it should become relatively clear that while we don’t need laser beams, we do need something that will penetrate more than most people probably realize. It is typically a bad idea to use gimmick rounds that are marketed to reduce penetration. Stick with what is known and proven to work well. The FBI’s penetration standards in calibrated ballistic gel are a good guideline to follow, keeping in mind that it is not a direct representation of terminal performance, but a repeatable, measurable, standard. If you want to research how your concealed carry ammo performs, check out the Handgun Self-Defense Ammunition Ballistics Test at Lucky Gunner.

Why do we want bullets that reliably expand? I would argue that it is less about causing trauma and more about mitigating downrange risk. In the “really real world,” very rarely are there good solid backstops behind our intended target. In those instances, our target is the backstop. You cannot miss your target (See point 2). The bullets staying inside our bad guy is generally what we need. Of course, we are playing a balancing act here. We still need our concealed carry ammunition to penetrate enough to reach structures critical to the continued operation of the human body, but also need them to basically stay put in the body. Of course, this means we can’t miss too, but that is for another article.

Availability of Your Carry Ammo

Finally, whatever we choose needs to be available. Points 1 and 2 require that we actually shoot a fair amount of our ammunition on a semi-regular basis. We need to be able to prove reliability, which depending on who you ask means shooting 50-200 rounds of our ccw ammunition through whatever gun it is going to carried in.

We also need to confirm our “zero” and make sure that the point of aim generally matches the point of impact of the bullet and that it groups reasonably well out of our gun. Add to all of that, we need to be careful of carrying ammunition too long. Or cycling it through the gun too much. Ammunition being exposed to various environmental conditions has been covered above. But we also have to be concerned with wear and tear from loading and unloading the handgun.

Cycling ammunition through the gun can both cause the primer compound to degrade. Do you know if your ammo is degraded? You won’t know until it is too late. Or it can cause the bullet to set back in the case and cause a dangerous overpressure condition. Because of all of that, we need to choose a round that we can maintain access to. Or just buy the ammo you’ve selected in very large quantities and stash away.

It is critical to fully consider what we run in our firearms for self-defense. Forgetting this step, being lazy about it, or falling prey to pretty marketing can compromise the whole system. It is important that we have at least a basic understanding of how things work. And then prioritize the correct pieces of the puzzle.