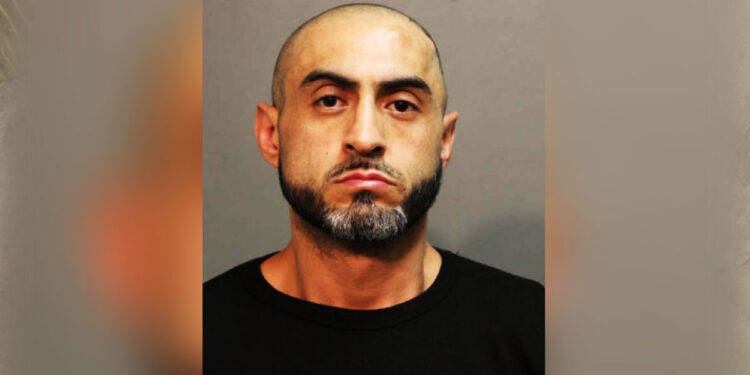 You might think a home break-in would rarely happen when you live on the seventh floor of a condominium. But as this couple found it, it defiantly can happen.

A woman woke up around 3:10 AM to get ready for work in her downtown Chicago condo this past Monday. She heard some noises but thought it was coming from another condo unit. But as she was about to walk out of her bathroom, she came face to face with a home invader.

The suspect, on parole and a seven-time convicted felon, climbed up the construction scaffolding to gain access to their condo. He confronted the woman and punched her in the face. She pushed him back and then fell to the ground. While fighting with the suspect, she yelled for her boyfriend, who was still sleeping.

The boyfriend woke up and ran to help his girlfriend. He pushed the suspect off of her and told her to get his gun. The woman returned with the gun, and the couple held the suspect at gunpoint until the police arrived.

The police found a crowbar in the suspect’s waistband, two screwdrivers in his backpack, and some of the couple’s personal property in his pockets.

I think a good point we can take from this story is never to let where you live give you a false sense of security. People often say they are safe because they live in a “good neighborhood” or a gated neighborhood. Bad things can happen anywhere and at any time. You must be prepared no matter where you live, even if the changes are less likely. Luckily, this couple had a gun to protect themselves.