Crime Control: Focus on the Alligator, Not the Deer

Crime Control: Focus on the Alligator, Not the Deer

Crime Control or Gun Control? Predator or prey? Those are the real questions. The familiar adage “Guns do not kill by themselves” is true. Guns are but tools in the hands of people and different people react differently with guns. Some use tools appropriately and others do not. Some know the fundamentals of handling and using guns correctly and humanely as a last resort when their lives or great bodily harm or the lives of their loved ones are imminently threatened, while others do not. Some do not even have the proper mental frame of mind or share our acceptable values and behaviors to even deal with guns nor use them properly. History over many years has shown us that there are evil, selfish people in our world who have caused much murder and violence for their own self-centered purposes. Sadly, there probably will always be evil people committing murder and acting violently to get what they want. Be it a druggie or a dictator. The recent mass shootings and murders in Aurora, CO and New Town, CN have appalled and disgusted many. These were senseless and sane, virtuous, moral and righteous people do not approve of them.

Some strongly want Gun Control and more firearms laws and limitations as the solution. They have placed the blame of these horrors directly on 30-round magazines, guns in general, and so-called assault rifles, better named semi-automatic rifles… or anything tangible that they can control. The natural human reaction that makes some feel better is to place blame on a physical manifestation or object or something within their control. They want to take some action soon for the widely-accepted injustice and they can see that some things are more controllable than others, so they focus on those that allow them to take action quicker. Probably, what we all really should strive to do is prohibit or better control murder, violence, and insanity and enforce the existing laws we already have on the books, while understanding, helping, and better controlling those with mental issues. Let’s focus on Crime Control and those who commit the crimes, rather than hampering and interfering with the rights of present and potential victims. 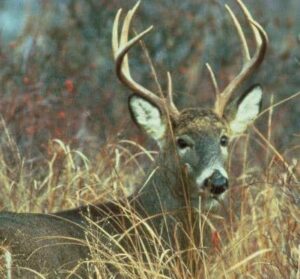 In Florida where I live, Alligators are top predators and they will attack deer, turtles, dogs, large fish, and bears with their powerful teeth and jaw muscles. No one would deny a deer being attacked by a predatory alligator from using its self-defense “tools”… antlers, hooves, leaping abilities, and fast running speed to protect itself. However, some would deny that same right of self-defense to human beings. They believe that the way to stop the predatory alligator is to remove the antlers from the deer, making it easier for the predator’s threat to go away. To me this encourages attacks by predators, rather than protecting the prey victims. The focus seems to be on the peaceful prey and its self-defense tools, rather than on the predator and its threatening behavior. This does not make any rational sense to me.

CNN reported in October 2012 that more than 98,000 people die every year because of preventable medical errors. That is equivalent to two 737 airplanes crashing every day for a whole year they said. They reported that preventable medical errors are the sixth leading cause of death in the United States and cost our country $29 billion a year. Recognize that the root of the medical malpractice problem is the actual medical malpractice itself.

The FBI Uniform Crime Report for 2011 shows there were 8,583 murders from ALL firearms and that only 323 of those murders were from semi-automatic rifles (wrongly-called assault rifles), or 3% of all murders in the U.S. Further, hammers and clubs killed half as many as rifles; hands, fists, and feet murdered twice as many; and knives killed 5 times more than all rifles combined. So, medical malpractice kills about 12 times as many people as are murdered in the U.S. each year by all firearms. Sad! Yet no one talks about limits on hammers, knives, doctors, or hospitals because the good we perceive from hammers, knives, and doctors far outweigh the perceived harm. It’s easier to put the concern on the backburner and not focus on it; maybe it will go away. Besides, maybe the patient was at fault or contributed to it someway… so focus there.

Statistics and studies from several researchers show that firearms prevent from about 800,000 to over 2.5 million violent crimes every year in the U.S. Dr. Gary Kleck, criminology professor at Florida State University, from his survey of about 5,000 U.S. households reported that Americans use their firearms 2.5 million times every year defending against a confrontation with a criminal and that handguns alone account for up to 1.9 million defensive uses a year, ranging from between 800,000 up to 2.5 million defensive uses of guns. This includes defending against such crimes as burglary, sexual assault, assault, robbery, etc. Accepting the lowest prevention estimate means that 100 times more violent crimes were PREVENTED with firearms than the total murders committed by firearms. This often gets overlooked and not reported.

So it would seem on the surface that most medical malpractice errors are preventable and controllable, while firearms crimes by evil, unpredictable, predators (some) with mental issues are not. Certainly, taking the tools, the guns, away from law-abiding citizens and violating the court-substantiated Second Amendment is not the way to control evil predators. We can control the predatory criminals with the existing gun laws by enforcing them. We should focus on the predatory alligator, the evil criminals, rather than the antler tools of the deer prey. We can control the former to a large extent by enforcing our existing laws, taking preemptory actions before crimes occur by recognizing the symptoms and evil signs, and accepting the right to use a tool for good purposes, etc. Crimes can actually be prevented by judicious and safe use of firearms. Gun control should not force you to give up your Constitutional Second Amendment rights to keep and bear your firearms. Let’s focus on controlling the criminals by enforcing existing laws, being proactive by identifying and helping those with mental issues and criminal tendencies, and supporting our Second Amendment right to keep and bear arms.

© 2013 Col Benjamin Findley. All Rights Reserved. This article may not be reprinted or reproduced in whole or in part by mechanical means, photocopying, electronic reproduction, scanning, or any other means without prior written permission. For information, contact Col Ben Findley at ColBFF@gmail.com.

How to Sell Firearms, Ammunition and Related Items Online

How to Sell Firearms, Ammunition and Related Items Online