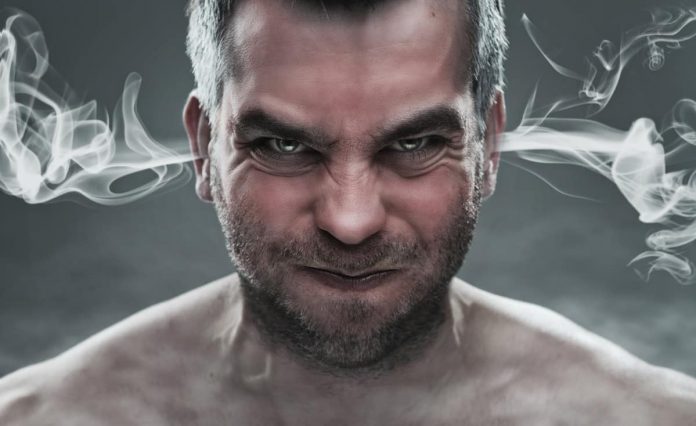 Avoidance is most often the best policy. Sometimes a confrontation can’t be avoided but a fight can. The skill set necessary to keep a heated argument from becoming a physical altercation is referred to as de-escalation. If you are serious about self-defense, then de-escalation skills should be part of your arsenal. There are a number of elements to consider regarding this and giving these things some thought prior to needing them is sound.

De-escalation is a relevant skill set to encounters that start of as disagreements or heated arguments. Obviously, if an individual attacks you by ambush, or if an individual comes into an environment and starts shooting people, de-escalation is not a factor and going directly to the appropriate force option is warranted. However, physical altercations, some of which turn deadly, often begin as heated arguments or challenges. If you find yourself in such a situation and you have the ability to de-escalate tensions before the antagonist turns violent, you should do precisely that. How do we de-escalate? Here are some aspects to consider:

De-escalation is not Cowardice

Most confrontations that tend to be less-lethal in nature, common fist fights, are usually testosterone fueled affairs. The foremost motivator is ego. When a man perceives that he is slighted in some way he may be willing to get physical. This tendency is exaggerated when in front of others. Trying to calm things before they get physical is not cowardly, it is wise. People get injured and killed in fights. People also go to jail or get sued for fighting. Something that starts as a simple heated standoff can escalate into someone producing a weapon. Being willing to de-escalate a situation before it reaches that point is the sensible thing to do even if you think the antagonist deserves a stomping.

It is easy for a legitimate self-defender to also fall into the trap of thinking with his ego, especially when others are around. If someone gets hostile with you through no fault of your own it is easy to react with anger or outrage and quickly escalate a small matter into something dramatic. Men especially are conditioned to think in terms of defending their honor in the face of uninvited aggression or accusation. Well, here is the truth of the matter: if you are serious about self-defense you are probably more capable than the average person, and hence you should hold yourself more accountable to mitigate trouble any time possible. Be willing to calm the situation even if it means not having the last word or not coming out the clear victor in an argument. Willingness to sacrifice the ego a little can go a long way in calming things down.

Calm the Situation but Remain in Command

You can often de-escalate and instill calm, but you don’t have to appear frightened or weak to do so. In fact, giving the impression that you are frightened can insight further hostility. Many who seek to start confrontations are essentially bullies. They will often be encouraged by any display of fear or lack of confidence. We can still de-escalate an argument while projecting authority and confidence.

If someone in a public place or a parking lot approaches you while screaming and ranting about something you just did (it could be anything, and if you treat others with respect generally it will be a false accusation) then immediately take your non-confrontational stance and speak calmly but firmly. Sometimes something as simple as “whoa, what’s the matter?” is an excellent way to start. If an aggressor immediately comes into contact distance and is displaying indicators that they plan to attack, like clenched firsts, then you need to defend yourself immediately. Most often an aggressor who wants to antagonize and perhaps hopes it will escalate into a fight will stop short of making contact. Keep your non-confrontational stance up and de-escalate verbally if possible.

If the aggressor is accusing you of something, you can calmly but authoritatively say “what are you accusing me of exactly, I am listening?” A strong but receptive demeanor can help to calm tensions. Express that you are willing to hear them out. This is much more likely to calm the situation than to say something to the effect of “f#%k off!” If you do indeed wrong someone who then reacts in a heated manner, be willing to apologize, even if what you did does not warrant the reaction. Knock over someone’s drink or bump into someone? Say, “I am sorry, I apologize.” If they pursue an altercation beyond this then you have at least tried to de-escalate from the beginning.

Don’t Insult or Make it Personal

Even criminals have a particular code of honor, believe it or not. Saying, “what’s the problem” is different than saying “what the hell is your problem!” Saying “you need to get back” is different than saying “get away from me you creep!” There is a difference. Even criminals don’t like to be insulted and when you insult you make it personal. Making things personal insults the ego and incites a challenge which many characters will take full opportunity to escalate hostilities. You can be firm in your presence and your language, but don’t insult.

Provide a Way for the Opponent to Bow Out

Men can be particularly dangerous if they think they are going to look humiliated in front of friends or peers, or women. A situation can be more effectively mitigated if you provide a way for the opponent to bow out without humiliation. For example, if you knock a drink over, say “I am terribly sorry, let me buy you another.” This shows you are willing to right a wrong and if you did indeed cause a wrong then fix it. If someone escalates beyond this, it is on them if they push you to need to resort to force. Such a response from you leaves them a way to acquire the respect that this sort of individual finds very necessary, for whatever reason.

Obviously, many such encounters are not things that you can or should offer to pay your way out of. If someone gets hostile and accuses you of something you did not do, then show that you are willing to listen, but if they make demands that are not reasonable, then you will need to say “sorry, I can’t help you.” This is still respectful, despite declining what they may be demanding.

If someone accuses you of something, “hey man, you cut me off back at that light!”, you can say something like “I don’t recall doing any such thing, but I certainly mean no disrespect, I am sorry if it appeared that way.” This gives the opponent a chance to bow out because the apology for any disrespect, real or perceived, is ultimately what such individuals are looking for. If you did cut someone off then by all means apologize, but if you have no clue what they are talking about saying you mean no disrespect can often go a long way. While it is our natural inclination to get heated ourselves when falsely accused, remember that you are the legitimate self-defender. If you are reading things such as this article you are probably also the superior combatant. Exercising a bit of humility to avoid needing to use force is the right thing to do. If things do escalate and you are left with no option but to use force a legitimate attempt to de-escalate the situation will also work well for you from a legal standpoint.

Don’t Turn your Back on a Hostile Situation

Just because you have worked some verbal magic and have done your part to de-escalate does not mean the adversarial party sees it that way. Don’t turn your back. If an aggressor is still standing their ground, then keep your eyes on them as you remove yourself from the situation. Typically angular movement, which allows you to keep at least a peripheral view of the danger, is much better than turning your back. Walking backward away from the threat is fraught with the hazard of falling down, so typically moving at an angle to create distance is beneficial. Even if the aggressor breaks contact and walks away, observe where he goes for at least a brief period of time to ensure that he leaves the vicinity.

So there are some guidelines to apply when dealing with hostility that may be verbal but has the potential to escalate to physical. Always de-escalate a situation before it gets violent, if possible, but be ready to go to force if your best attempts to calm things down fail and you can’t otherwise retreat from the situation.